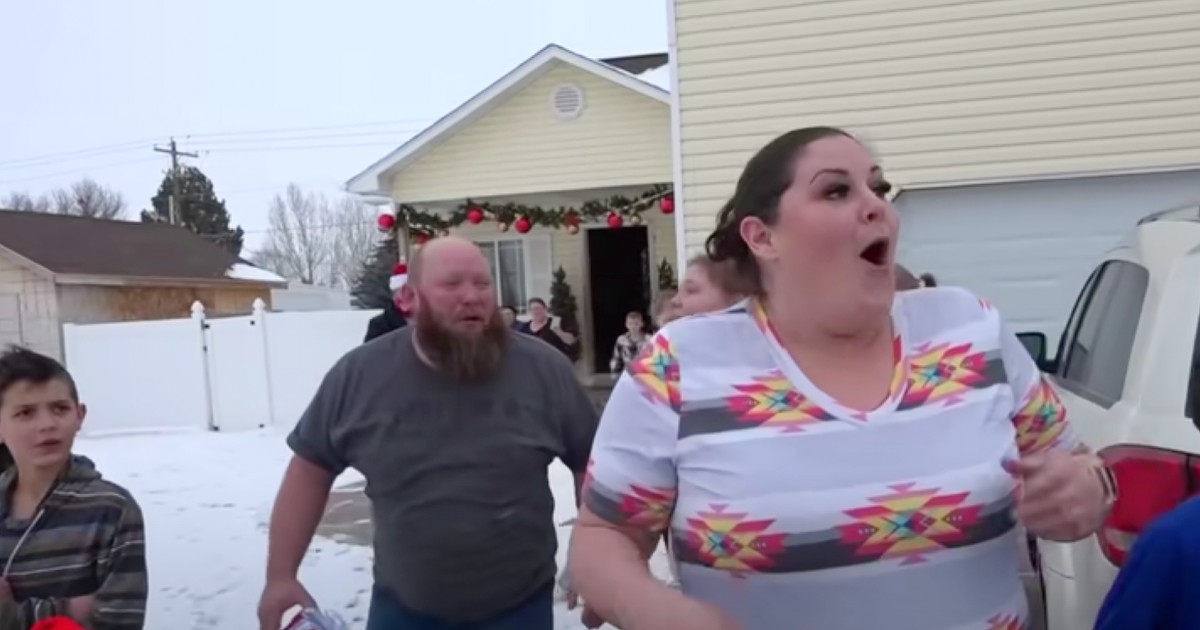 What do you want to get from your Secret Santa?

Every year, in East Idaho, a “Secret Santa” donates hundreds of thousands of dollars to local residents in dire need of a breakthrough since 2015.

Together with East Idaho News, they provide these residents with what they need during Christmas.

One of this year’s recipients is the Ashley family from Idaho Falls.

Misty and Ben are the proud parents of 12 children, ranging from 17 years old to 1 year old, most of whom are adopted. To be able to provide for them, Misty and Ben work multiple jobs and multiple shifts.

Do they still see each other?

The thing is, Ben and Misty love kids and they would sacrifice so much to give their children a good life. But it has not been easy.

And it became tough when their van broke down months before the winter season. They couldn’t even drive to their destination in one vehicle. Because they had no time to repair it, the broken van has just been sitting on their driveway.

Well, Secret Santa heard their dilemma and want to give them the biggest gift ever.

Nate Eaton of the East Idaho News delivered Secret Santa’s gift to the Ashleys on their second attempt. Thank goodness this time, all 14 members of the Ashley family were present.

Misty answered the door and was shocked to find a reporter and camera on the other side of the door. Some of the kids were curious, too, and were peeking out the door. Ben appeared behind Misty, curious as well.

Nate told them Secret Santa wanted to give them a gift and handed a gift box to them.

When they opened, they found a store credit voucher for $10,000 at a furniture store. Misty was all smiles when she got the gift and Ben was holding back tears.

Nate then told Misty and Ben that they have another surprise but they have to step out.

He told the couple to bring the kids, too, all 12 of them. They had no idea what was going on but they wanted to know. Misty didn’t even have shoes on!

When they got to the driveway, Misty and Ben found the surprise even before Nate told them.

Misty couldn’t hold back her screams and cries. Even Ben had to take a step back and his older child had to comfort him through the tears.

Secret Santa had gifted them with a 15-seater van, perfect for their family of 14 people!

Wrapped up with a red bow, they all went inside the white van, unable to believe this was theirs. Plus Secret Santa has also paid off the taxes and fees. The registration fee is the only part they haven’t paid yet but Secret Santa provided the registration money, too.

The kids love it, for sure.

When they asked a weeping Ben what he thought, all he could say was, ‘Thank you.”

Watch the Ashley’s reaction when they found their gift in the video below.

In a rare public appearance with his girlfriend Alexandra Grant, Keanu Reeves appears positively radiant.
Actor Keanu Reeves has long been considered to be a
0 140