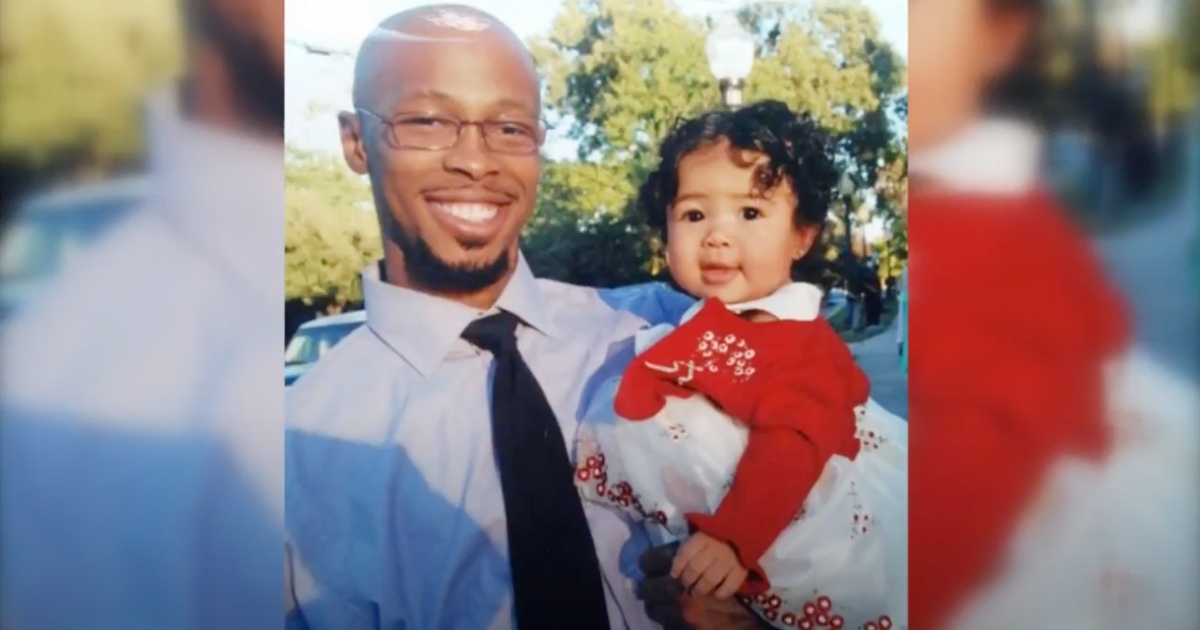 Chris Emanuel never stopped loving his daughter, even after she was taken away from him and put up for adoption against his will.

The 25-year-old father fought the court every step of the way, but it was a battle that was almost impossible to win.

Then, something beautiful happened. It’s a story of a man who put everything on the line in a desperate battle for fathers’ rights.

It all started when Emanuel’s girlfriend first got pregnant.

They were living in Aiken, South Carolina, and Emanuel’s girlfriend was different than some of the other women he had dated in the past. He explained to ABC News that she was a girly girl, yet was still down to hang and play pool. Plus, she could ride horses with the best of them.

“I never met someone of that nature before but I definitely enjoyed the moments that we shared,” said Emanuel.

When he found out his girlfriend was pregnant, Emanuel was overjoyed.

Although the two of them came from different backgrounds, he was fully ready to commit and to try and make it work. They even started discussing marriage.

“I was happy, who wouldn’t be happy? It was my first child and at the time, you know, I’m going to be there. We’re going to do everything we got to do,” said Emanuel.

However, not everyone was as happy about the situation as he was.

When a long-awaited meeting between the two families didn’t go as planned, Emanuel speculated that his race might have something to do with it.

“Like hearing racism but actually feeling it, it totally different. It’s like being punched in the stomach,” said Emanuel. “The crazy thing about it was when we left she reassured me that we would continue to raise our child together.”

Whatever promises the two of them made to each other, ultimately, didn’t matter.

When Emanuel’s daughter was born, his girlfriend put the baby up for adoption and he had no say in the matter. They promised to tell him when the baby was arriving so that he could be there for delivery. However, in reality, he didn’t even learn that the birth had happened until a week afterward when a messenger appeared at his door to give him an update.

He was told that the baby had been delivered and was already set to be adopted by a family in a different state.

The paperwork was already done and that was that. Emanuel’s dreams of being a father were instantly crushed.

“My daughter was stolen from me. I asserted my rights. My rights were stripped of me. But not only that, now I’ve got to prove myself for my daughter,” said Emanuel.

That’s when the real nightmare began.

The prospective adoptive family was told that the baby’s father was already out of the picture, but in Emanuel’s mind, that couldn’t have been further from the truth. As much as he wanted to be a father, it wasn’t allowed by the law. It took Emanuel three months of fighting in court before he was finally able to bring his daughter home to him.

It was a lengthy battle.

For many fathers who attempt to win custody in court, things often go terribly wrong. Emanuel was one of the lucky ones, although, after everything he’s been through, it sure doesn’t seem like it.

We can’t imagine how stressful it must have been for everyone involved, not to mention, extremely expensive too. Paying for lawyers and battling it out in family court isn’t known for being cheap.

“All I could do was break down on my knees, and I cried and I thanked God for bringing my daughter home because all I needed was for her to get in my arms,” said Emanuel.

If Emanuel hadn’t had the foresight to add his name to the state’s responsible father registry before the birth, no one would have even contacted him about it. He would have been left completely in the dark.