John Dornellas, 37, recently witnessed a close encounter between a killer whale and its prey, an otter. 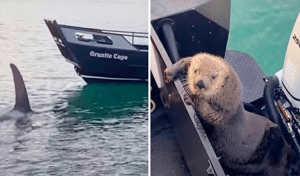 Exploring Alaska and working for a company that organizes boat tours in the region, Donellas had a near-death experience right before her eyes. 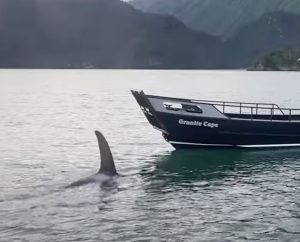 Dornellas was out on his boat when he noticed a disturbance in the water. He noticed something swimming closer and closer to his boat to avoid being eaten by a killer whale. You can see the dorsal fin of the whale approaching as an otter runs to avoid being killed. Suddenly the otter comes out of the water and runs to the boat with Donellas, who can’t believe what he sees. 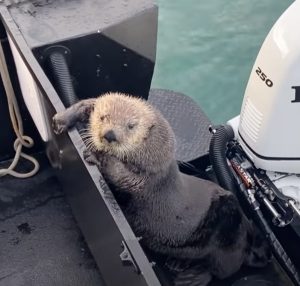 ,,Are you kidding me?” Donellas spoke aloud as he filmed the meeting. ,,Go back inside, man.” he said to the otter. For the next few minutes, the otter remains safely on the boat while the killer whale circles its prey. At one point the otter returns to the water, but then changes its mind in favor of the boat. 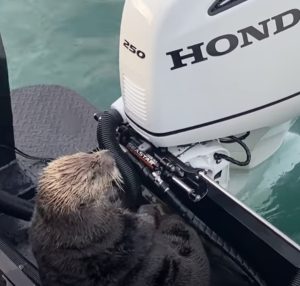 The close encounter lasted for some time, as the otter eventually dived back into the water as the killer whale moved away from the boat.

Watch this incredible experience by pressing play on the video below. We’re glad this little guy got a happy ending!