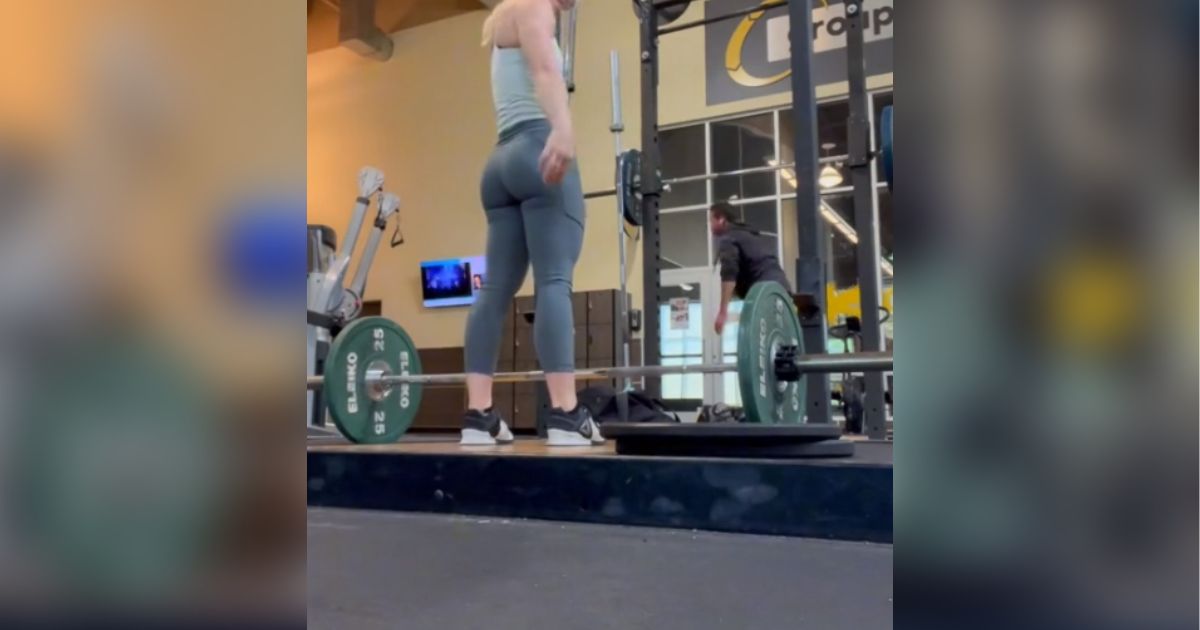 Going to the gym can be a very different experience for every person. The veterans have confidence like no one else. The newbies might fear what everyone around them is thinking. But most notably, the women have to really watch their backs.

You don’t need me to tell you the sorts of problems women face.

Women have to put up with a lot of stuff, but perhaps one of the most common ones is unwanted attention from men.

And it’s only fair that we all admit this is a problem. There’s no way to solve a problem if most people deny that there’s one.

At this gym, TikTok user Brooke did a little experiment to show this very problem.

Brooke, who goes by brokiiieb on the platform, also likes to work out at the gym. But Brooke is a woman. A young, physically-fit one at that.

And despite how physically strong she is from lifting all those weights, she’s not immune to unwanted attention from men.

People like Brooke have learned to just deal with it given how regularly it happens. But that doesn’t mean it stops being irritating when it does happen.

Brooke filmed herself doing squats with earphones on, but with no music playing so she could hear the people around her.

The men nearby didn’t know this. And they seemed rather confident in what they were saying to each other.

As she did her stretches and squats, one man can be heard nearby saying “Definitely provocative messaging”.

This was just a short bit of the whole conversation they were having. They had no idea Brooke could hear them the whole time.

“I knew they were talking about me because they were having a whole conversation. This is just what I got on video.” – said Brooke in a comment

Now, what exactly is “provocative” about Brooke’s outfit?

She’s just in leggings and a sleeveless top like you would normally wear when working out.

Brooke herself poked fun at this in the caption. How immodest she must feel for wearing leggings to the gym, right?

The comments only highlighted further how ridiculous the situation was. Leggings alone are as mundane a piece of clothing as you can get.

It’s not Brooke’s fault that she’s got the physique to fill them out. But she has to go to the gym in the first place to maintain that physique. This prompted a user named Cassie to comment “What are we supposed to wear then?”.

Attractive people can’t control being attractive. But what you can control is your reaction, if only more people did.

Almost every woman wears leggings to the gym, so it begs the question of whether those guys think every gym-going woman is dressed “provocatively”.

Brooke followed up on the video with a much more humorous upload.

Here, Brooke wears a full-body suit made of plastic bags. That looks modest enough to me, I guess.

She often wears a sports bra and workout shorts instead. So if the leggings were too much for them, then who knows how they’d react to Brooke’s other workout clothes?

See it for yourself in Brooke’s TikTok video below.