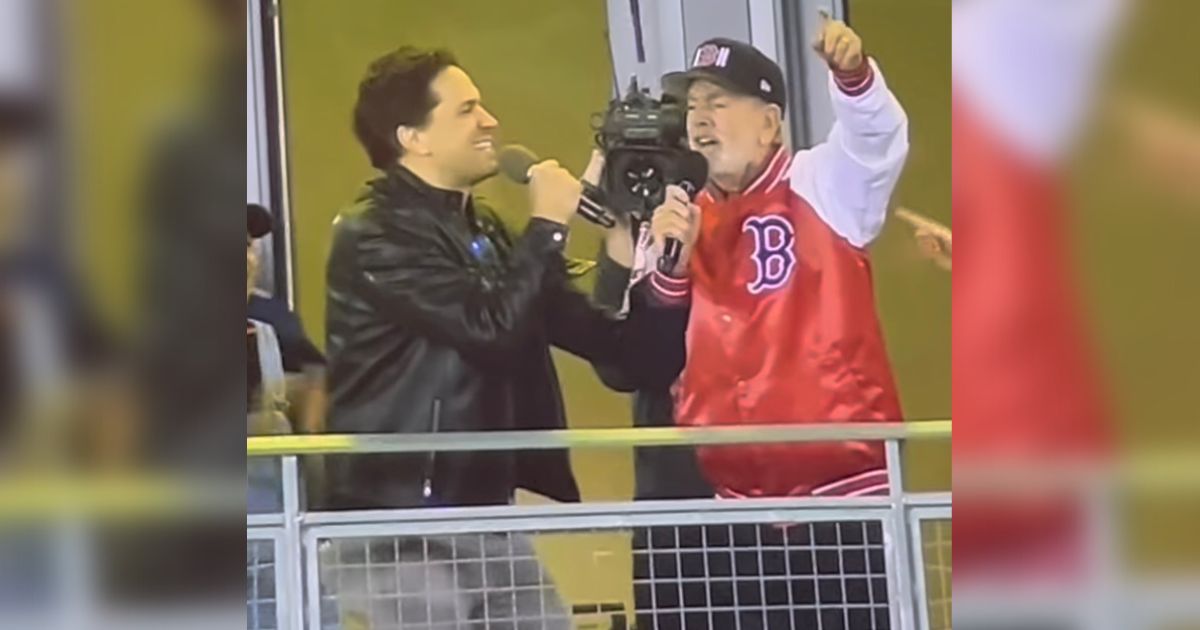 There’s a Boston Red Sox tradition that started out accidentally.

In 1997, Amy Tobey was the employee in charge of the ball-park music at Boston’s Fenway Park stadium.

On this particular day, she knew someone who just had a baby named Caroline.

In honor of this birth, she played “Sweet Caroline,” the classic song by Neil Diamond, on the speakers.

It looks like the park officials and baseball fans loved the music choice and the management decided to play it every time there was a special occasion, between the 7th and 9th innings.

They only played it when the team was ahead and the crowd and mood at the park were already festive.

A song with “transformative” power

Then in 2002, Dr. Charles Steinberg, Boston Red Sox Executive Vice President of Public Affairs, learned the song had “transformative powers” and decided to play it at every game.

“I wanted it to be the middle of the eighth because you want your more festive songs to occur when the home team is coming up to bat,” Dr. Steinberg said. “So we started playing it each day in 2002.”

At Boston Red Sox games, when it became obvious the song was a good luck charm, they officially made it a Boston tradition.

Pretty soon, Red Sox fans began to expect the familiar notes at the bottom of the 8th inning. The mood in the park becomes different when the song is on.

It motivated fans to sing along.

And do you know what? This tradition inspired another sporting team to test out if this song did have transformative powers.

“Sweet Caroline got the biggest reaction and it stuck,” Tom Maguire, the Tigers’ media manager, reported.

And after that, the Tigers experienced a big turnaround and consistent victories in their games.

The Red Sox and the Tigers are not the only ones who can attest to this.

“The Carolina Panthers, the Iowa State Cyclones, the Pittsburgh Panthers, the Reading Football Club, the Swiss national football team, and even heavy-weight world champion Tyson Fury have all played the song during walks-on and matches. Unlike other stadium rock, which is stereotypically over-the-top, “Sweet Caroline” stands in the opposite. And yet darts champions, cricket teams, and just about every sport in existence use it to conjure some success in their endeavors,” apost shared.

An anthem for all

What started out as a musical tribute to his then-partner, Marcia Murphey, in the 1960s became an anthem for transformation, restoration, and celebration.

In fact, after the Boston Marathon bombing in 2013, Neil Diamond made a live appearance at Fenway Park and led the sing-along.

Plus the royalties he received were donated to the One Fund Boston charity, which helped the people affected.

After that, it would take Neil Diamond nine years again to make an appearance at Fenway Park.

In June 2022, during the games against the St. Louis Cardinals, Neil Diamond, while wearing a Red Sox varsity jacket, led the sing-along at the bottom of the 8th inning.

The crowd went wild at this rare sighting. Everyone was up on their feet, singing, taking videos, and just enjoying the rare and fun moment.