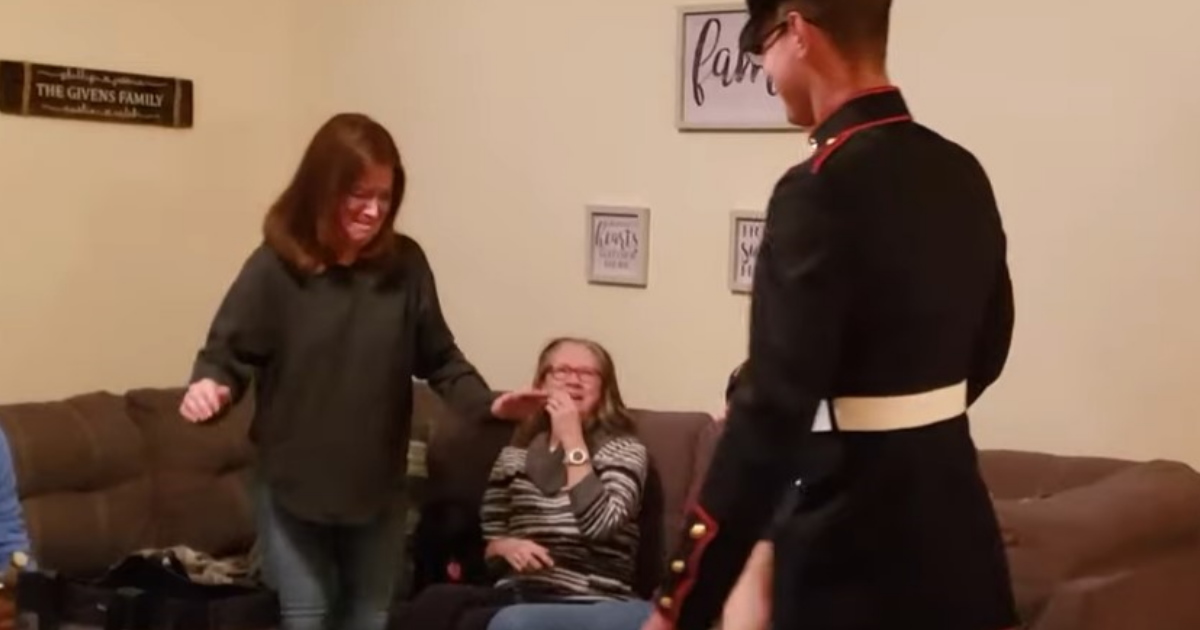 Christmas is the most awaited holiday of the year.

Families look forward to this occasion because it means get-togethers and gift-giving.

We all know that spending the Yuletide season without the ones you love would be a lonely experience, but there are people who unfortunately have to endure this day while being away from their families.

Men and women in the military are some of the people who sacrifice special occasions such as Christmas all for the call of duty.

They are willing to spend the occasions alone to serve the nation and show their patriotism.

Military families accept that sacrifices should be made, but this does not make the loneliness go away.

While parents and relatives of men and women in the military are proud of the cause that their family members are being passionate about, the fact that they are far from each other on such a nostalgic day in the year makes it difficult to smile.

All over the world, there are wives whose husbands are in another part of the globe serving the nation, and vice versa.

There are moms and dads who are waiting for their sons and daughters to come home from their deployment and finally enjoy a few weeks together.

These sacrifices are not little, and our hearts go to those who set aside their own happiness for the benefit of the nation.

Jessica Givens and her family were celebrating Christmas, one without her son Austin.

Pvt. Austin Givens was on deployment in the Marines and hard as this was, Jessica knew she had to sacrifice for her son’s dream of serving the country.

It was Christmas, and all she could wish for was to be with him, although she knew it might not be possible at all.

She was told that there would be packages for her coming from Austin, which somehow made her smile.

However, it did not measure up to the feeling she would have gotten had Austin been able to go home for Christmas.

The mom closed her eyes as she was expecting to be surprised with her son’s packages for the occasion.

She was anticipating material things to be placed on her open palms, but deep inside her heart, the woman was still wishing that her beloved son would appear before her.

It was hard, definitely, but she was trying to get by.

What the mom did not know was that while she closed her eyes, the real surprise was about to be revealed.

She felt candies being put in her hands. She still waited for more to come, keeping her eyes closed as her friends and family surrounded her.

Everyone in the room knew what was about to unfold and they were all excited for Jessica.

As it turned out, Jessica and her son had a jar in which they put their favorite Sour Patch watermelons. The jar had his son’s photo in it while he was holding the same exact jar.

Jessica saw that the candies she received were their favorite ones and was glad to see them when she opened her eyes.

Just as she was having a conversation with her family, Pvt. Austin Givens showed up in his uniform. It was a moment she was longing for!

As she reached out for her son, Jessica could not stop the tears from falling.

It was a heartwarming moment and everyone had tears in their eyes.

What a lovely reunion. Jessica surely had the best Christmas ever, thanks to her son and her family who thought about surprising her.