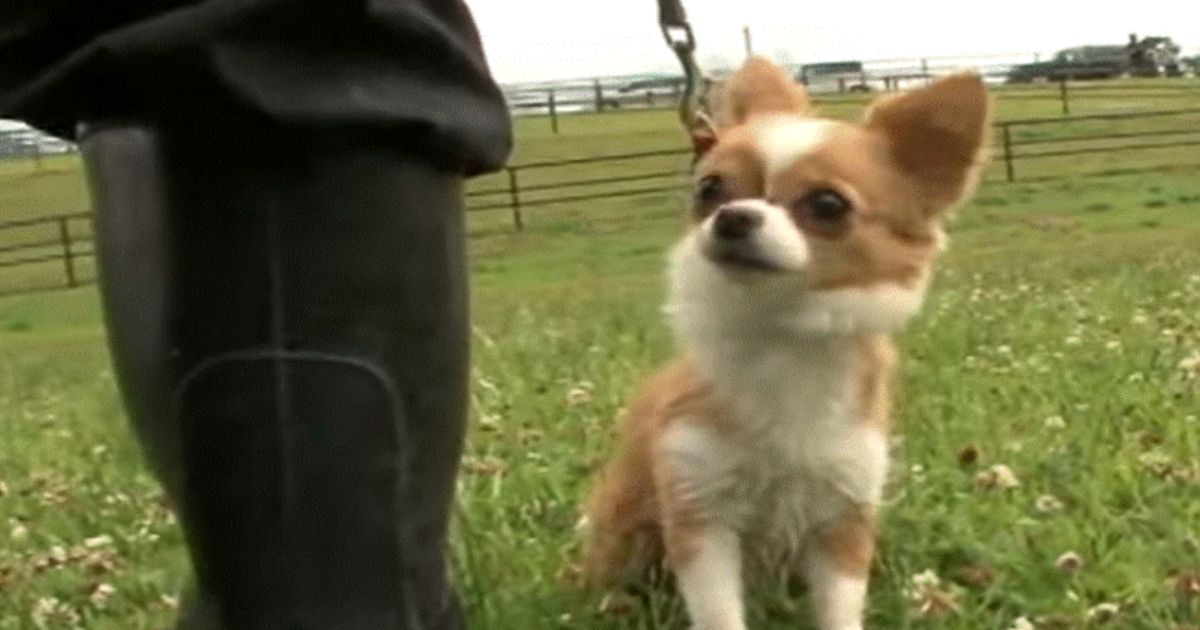 The police force became a lot stronger since the addition of K9 Police.

Police dogs, more popularly known as the K9 Police Unit, are trained to take down criminals literally, detect contraband or any illegal substance by sniffing, track down missing persons, and a whole bunch more.

When you think about police dogs, you’d probably have German Shepherd, Belgian Malinois, Bloodhound, Rottweilers, Labrador, and Beagle. These dogs are huge in general and could be intimidating and physically strong, thus making them perfect as police dogs.

Actually, there is a long list of other dogs that would qualify as K9 police, but when choosing a perfect furry law enforcer, you wouldn’t actually think about small dog breeds, would you? Truth be told; usually, tiny dogs, also known as toy dogs or lap dogs, are just perfect as hand-carry dogs.

Japan, however, decided to break the norm.

Thinking of the formidable police force of Japan, you’d be surprised to know that they accept small dog breeds into their law enforcement team. More surprising, they’ve been doing it for over two decades and even longer!

Nearly a decade ago, a toy poodle named Hannah was one of the most notable additions to Japan’s K9 Unit. She joined the police force in the western Japanese city of Okayama. Just like the rest of the dogs who wanted to join the police department, Hannah underwent a series of tests to prove her worth as K9 police.

In fact, she wasn’t alone; along with other small police dogs, Hannah was tasked to sniff out explosives, contraband, and search operations related to missing persons.

Small dog breeds were given chances to take K9 police examinations, there, they’ve proven to people that they can also be on par with big dog breeds in the force.

However, most small K9 police are only trained and used as sniffer dogs since they do not possess the strength needed to perform other police dog duties. Also, it’s also believed that small dogs have a short attention span that’s only half the focus of what larger dog breeds have.

Small dogs could be easily distracted and it’s something that would not work once they start working with the police department. They are also easily scared and intimidated by the larger dogs. But despite all these, there are plenty of small dogs who have proven that size doesn’t matter in the police team.

He’s another toy poodle who passed his exams and became the first-ever sniffer K9 in Japan’s Kyoto Prefecture. He was the police department’s best pick when it came to searching for illegal drugs and explosives. Before he even became a police dog, he’d already been working as a certified therapy dog.

In an interview with ABC News, Naomi Yasuda’s owner said, “Mochi has always been at the top of his class, in training school. I just wanted to find a way for him to help others.”

In fact, the world’s smallest police dog was a rat terrier Chihuahua named Midge. She worked side-by-side with Geauga County Sheriff Dan McClelland for 16 years. Midge’s size wasn’t an issue because she was a mighty police dog.

She’s a certified narcotics dog! Midge’s size was actually an advantage in penetrating the outskirts of Cleveland, Ohio.

Sadly, Sheriff Dan McClelland and Midge’s story took an unexpected turn when the former succumbed to cancer. At their home, Midge also crossed the rainbow bridge, they passed away on the same day.

It only proves that size doesn’t dictate or limit a dog’s purpose in the police force. All dogs can contribute something BIG in their own LITTLE ways.

Watch the video below to see more from these small police dogs.

The gorgeous form of Gwyneth’s mother in a bikini has everyone swooning. How stunningly lovely she is!
She has stated that after turning 50 last year, she
0 432