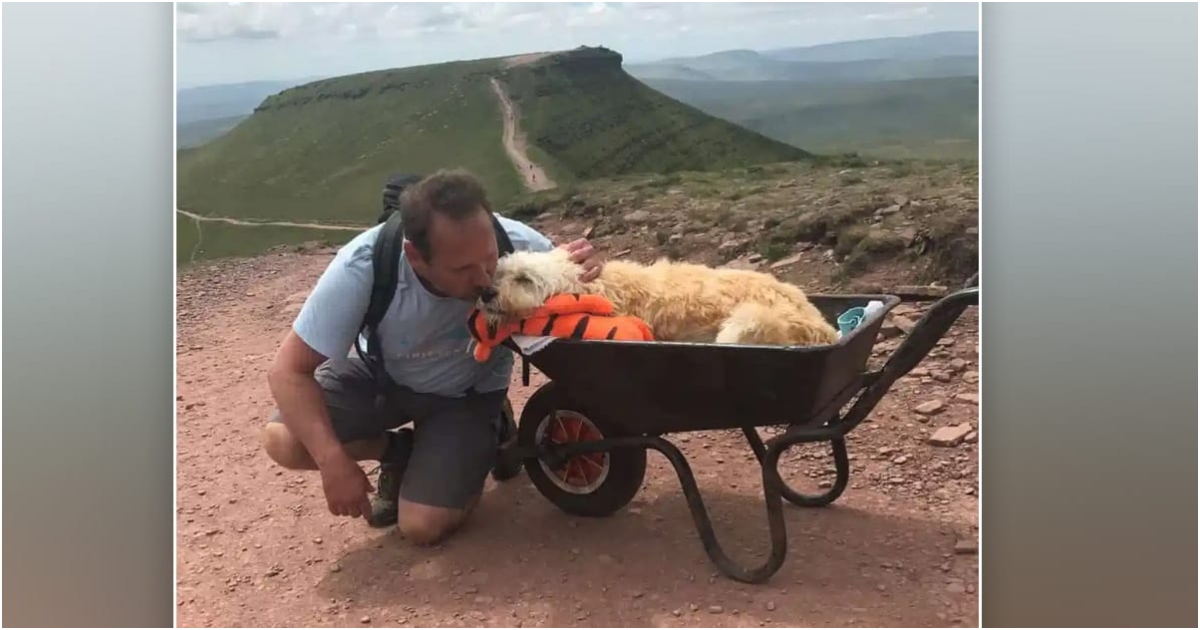 Dogs are such beautiful creatures and that’s the main reason why most of us choose them as companions over other home pets.

We all want to give nothing but the best to our beloved dogs and that includes our precious time. Knowing that our dogs could only live quite long enough, we all want to ensure that every second with them is well spent.

For this owner, however, time was his enemy.

A then 10-year-old Labradoodle named, Monty was diagnosed with leukemia. The brave pooch battled cancer for 18 long months, but later on, his owner realized that he wasn’t getting any better.

“I knew Monty was dying as his cancer had returned. He was diagnosed 18 months ago and responded very well to chemotherapy,” Carlos said. “But unfortunately, his leukemia returned eight weeks ago, and he declined very rapidly.”

With a little time left, his owner made sure to give him nothing but the best on the remaining days of his life.

They went off on their final adventure together.

Monty’s human dad, Carlos Fresco, chose to do what they’d been doing over the years – mountain climbing. Carlos and Monty had been to many places all over the United Kingdom. They had explored different hills and had also summited three peaks!

On their final adventure together, they decided to go back to Pen y Fan in South Wales that’s situated in the Brecon Beacons. Sadly, Monty was no longer in shape to climb the mountain because of his condition.

To make things work, Carlos came up with a clever yet bright idea.

Up the mountain they went using a wheelbarrow.

To continue with their adventure, Carlos used a friend’s wheelbarrow and loaded it up with blankets. He then put his beloved Monty on it and off they went to the top of Pen y Fan.

Monty enjoyed every second of their journey to his human’s favorite mountain. Along the way, he also met total strangers who were deeply saddened by his story.

“People on the hills were so kind and equally so sad at his deteriorating condition,” he said. “In fact total strangers asked if they could share in pushing Monty on his last journey – many total strangers shed a tear as we all love dearly our little four-legged friends.”

“Our little companions are never judgmental, are always there waiting for you and offer comfort when things haven’t gone well,” Carlos added.

When they reached the summit, the view was calm and beautiful. Carlos and Monty savored every second of their journey and lived each day to the fullest as if it was the dog’s last.

Sadly, Monty passed away on the morning of Father’s Day.

“I peered over the mattress and he’d gone,” Carlos said while recalling that sad day. “He looked so peaceful though and I’m glad we got to go on one last adventure together.”

At the very end, Carlos wanted to thank everyone for their support and well wishes for Monty during his battle. He also shared that his beloved pooch has “touched so many lives” and made everyone he met on his journey smile.

Run free, Monty! You will be forever missed by everyone.

Watch the video below to know more about this story.