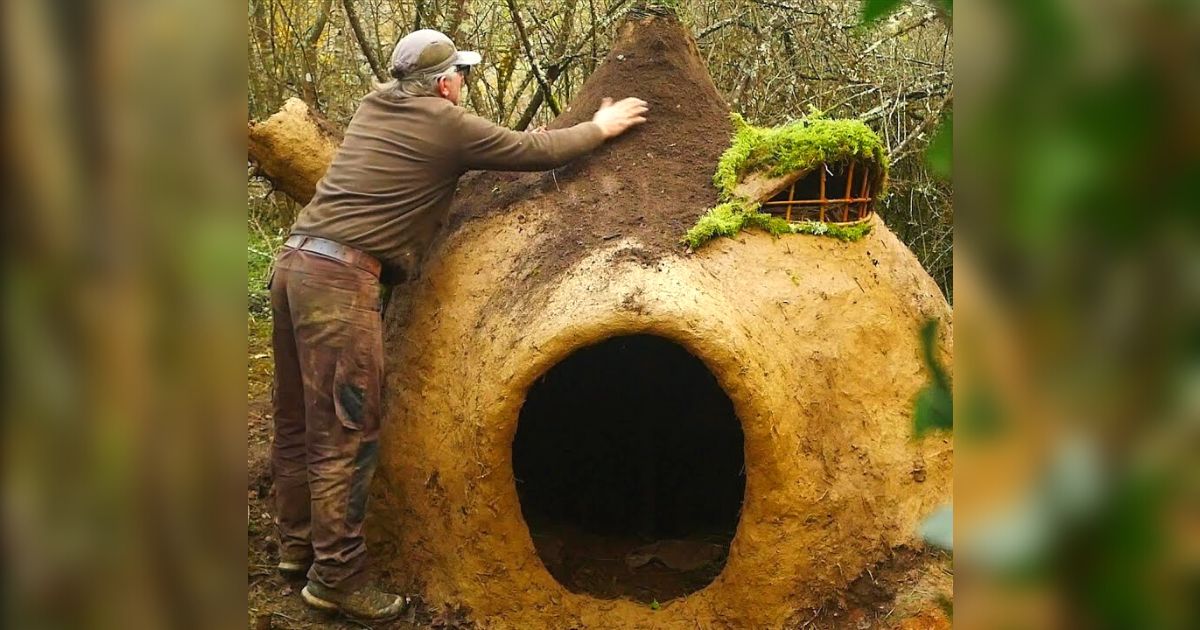 Building a good outdoor shelter using nothing but nature isn’t an easy thing to do, but it is something that everyone should know how to do to some extent.

With that said, not all of us can be like the outdoorsman who built this amazing work of art using supplies he found in the wilderness.

It’s a wonder to behold.

This “Yoda hut” shelter will blow your mind.

Usually, when you think of outdoor shelter, you think cold, uncomfortable, and ugly.

Thanks to the Athos Outdoor Prospector, who built this incredible hut that looks like it came straight out of the Star Wars movie.

In his YouTube video, Athos Outdoor Prospector explains how he wanted to see if he could mimic Yoda’s home from the Star Wars movie.

Turns out he can.

“One of my childhood memories was the Star Wars movie, I loved the place and its little shelter in this imaginary cave! Today I will try to make a small identical shelter, very happy to share with you my passion for survival,” reads the caption.

First, he dug out a good spot.

The outdoorsman found a spot where the ground is soft enough to dig out.

Once he dug out the area where the hut will be, he dug another smaller and deeper circle directly in the middle of the first one.

That’s when he spent hours foraging through the forest for natural supplies to build his hut, even cutting his own support beams from trees.

Once he got all his supplies, the outdoorsman began putting the hut together piece by piece.

It’s really starting to come together

After hammering his support beams into the ground around the larger circle, he puts another beam in the center where he starts connecting the trees he’s collected to form an arch.

Little by little, the Athos Outdoor Prospector weaves sticks in and out until he completely covers the arches with woven walls.

He even builds an arched window and cylinder chimney just like the one in the movie.

Now for the finishing touches

Once he’s got the shell of his hut built, the outdoorsman makes a mud paste and begins packing it on to create outer walls made completely of mud.

The last part he has to pack with mud is the cylinder chimney that gives Yoda’s hut its futuristic look.

His last touch is the mossy patches that grow just above the window, and he nails it spot on.

The whole project is split into two videos, and in part two of the process, the Athos Outdoor prospect adds all the grass, moss, and sticks to make it identical to Yoda’s hut in the Star Wars movie.

You can see part two of the process here.

This is definitely the coolest outdoor shelter I’ve ever seen, what do you think? Have you ever seen a better one?

See this outdoorsman build the “Yoda hut” step-by-step, in the video below!

Parents of 12 working multiple jobs to support their family get Christmas miracle from stranger
What do you want to get from your Secret Santa?
0 814