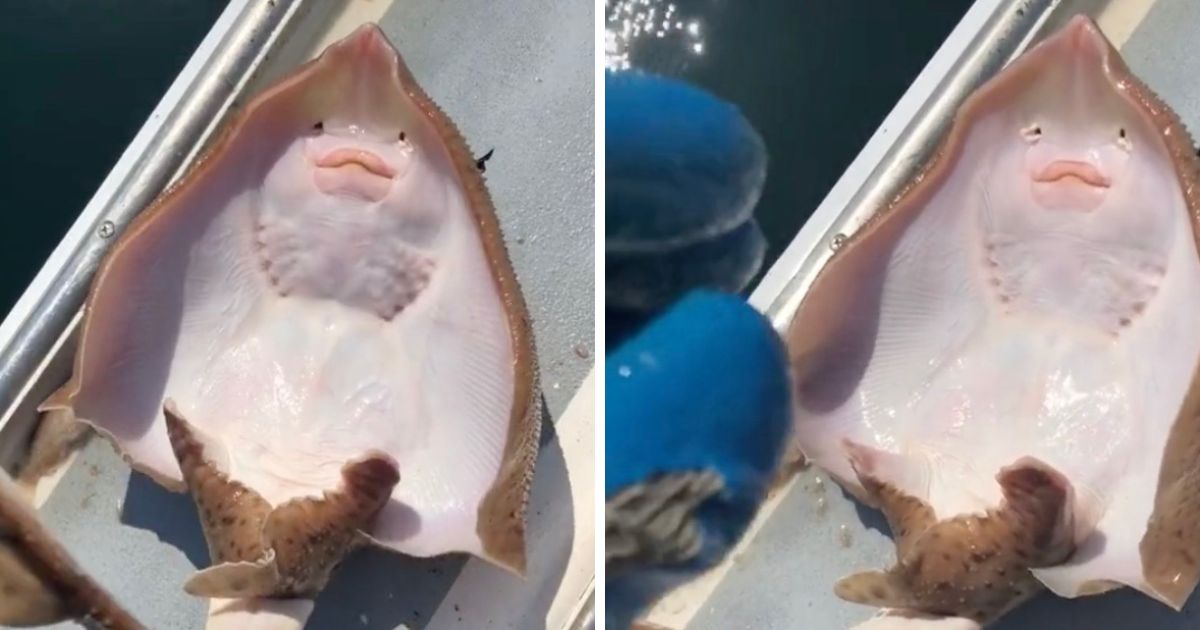 The video has reportedly been seen over 100 million times, but there were mixed reactions over it.

Is that a stingray who is actually smiling while being tickled?

Or is it an oxygen-starved out-of-water sea creature gasping for a breath?

While the stingray may look absolutely adorable and like it is, in fact, smiling, animal experts say that is definitely not the case.

The video shows a baby stingray lying on its back as a man asks, “How do you tickle a fish?”

He then uses his gloved hand to tickle the stingray’s belly while calling “tickle, tickle, tickle.” What appears to be the fish’s mouth opens wide.

It then curls back down in what appears to be a smile before the video ends. But animal experts say that the fish isn’t smiling but is actually suffocating to death.

“This stingray is clearly suffocating to death. The scientific literature is quite clear. Like all fish, stingrays have the capacity to feel pain,” Ben Williamson, the programs director of the nonprofit organization World Animal Protection in the US, said, according to Yahoo! News.

The holes above the stingray’s mouth are actually nostrils.

The area where the stingray was being tickled also has gills that the animal uses to breathe water.

The appearance of smiling and the stingray curling is likely a distress response to being touched while it’s already gasping for air.

“Because they’re animals that breathe in the water, if you keep them out for long, they have issues with oxygen depravity,” Long Island Aquarium’s Joseph Gemellaro told Inside Edition.

In addition to being dangerous for the stingray, this scenario could also be dangerous to the human.

A stingray’s tail will have one or more barbed spines in the middle that are covered by a sheath and contain venom.

If you get stung, it can be incredibly painful and cause a variety of uncomfortable symptoms like necrosis of the skin around the sting, dizziness, abdominal pain, vomiting, and diarrhea to name just a few.

Healthline reports that a stingray’s sting can even cause the heart to stop or the body to go into shock.

Though it is exceedingly rare, it has caused death in those who have been stung in the chest or abdomen.

“Like all wild animals, stingrays should be left alone to live out their lives in peace, free from human interference and harmful hobbies, such as sportfishing,” Williamson said.

The original person who posted the video is a fisherman, so it’s likely that that stingray was never going to live ever if this many knew the fish was suffocating.

He was becoming someone’s dinner regardless. And being a fisherman, he was likely aware of the dangers of handling stingrays.

Either way, it made for some great fodder for people to argue and get angry about on the internet.