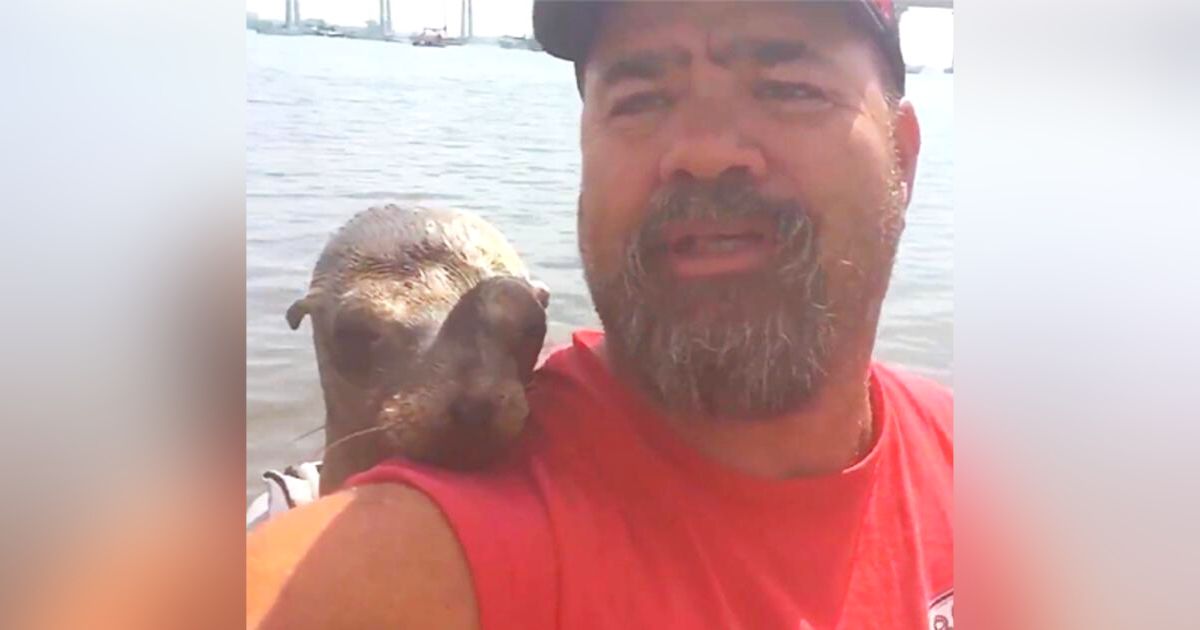 Getting close to wildlife can be fun and surreal.

As long as you don’t intervene and touch them, witnessing wildlife in action is such an amazing experience.

But for this boatman, it got a little up close and personal.

Ever gone boating with a seal?

Well, this man sure knows what it feels like to have a very special guest on board. The forty-second viral video showed a man taking a selfie video.

Just one look at the first second of the video will let you know why the video became so popular. Because right over the man’s shoulder is an unexpected guest.

Bulging eyes, round snout, streamlined face, and wet fur – you’re not looking at a dog who just got out of the water.

A guest from the water

The man had a seal as a guest on his craft. But the funny and adorable thing about this is that the seal seems to be unbothered by taking up the man’s personal space.

The man said on the video that the seal jumped on his boat and instead of being scared, the seal just made itself comfortable.

The man began documenting the experience which prompted the seal to join in.

It’s as if the seal is saying “Hey, is that on video? Am I going to be famous? I need to be in my best angle.”

The man is so amused at the surreal encounter that he began conversing with the seal asking him what it was doing on his back and what the seal’s plan is for the day.

Seals board boats for many reasons.

According to National Geographic, young “teenager” seals, or those in the one to two year age range, spend a lot of time in the water.

They also investigate anything that novel or interesting, maybe like the man on the video.

Seals also jump on boats to avoid danger. Especially in deeper waters, seals can often jump into boats when orca whales or other predators are lurking around.

But as adorable as the video is, authorities prohibit getting close to seals.

On land, people are prohibited from intervening in wildlife. Some people got in trouble with the law when they tried rescuing deer, bison, or bears in distress.

Such acts can cause disruptions in nature which can affect ecology at large.

The same goes for marine mammals.

Especially those who spend their time both on land and water, like sea lions, sea otters, or polar bears.

Their existence in two different environments can make them vulnerable to human activities.

Getting close to seals during breeding season is extremely dangerous.

Seal pups that are left on shore are tempting to pet but once you get close and the mother seal sees you, the mother seal will leave the pup alone until you leave which exposes the pup to different kinds of dangers.

The law mandates that people can only view seals from a distance of 150 feet for everyone’s safety.