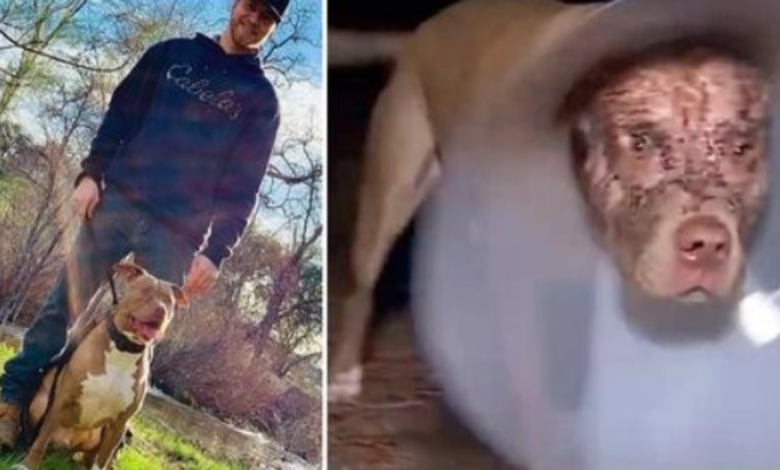 The day before Thanksgiving, Kaleb Bentham’s Pit Bull, Buddy, was playing outside of his Nevada County, California home, writes ilovemydogsomuch

When Bentham heard a growl, he looked outside and saw a 350-pound bear with 90-pound Buddy’s entire head in his mouth, dragging him away.

Bentham was horrified, but quickly jumped into action to save his furry best friend. 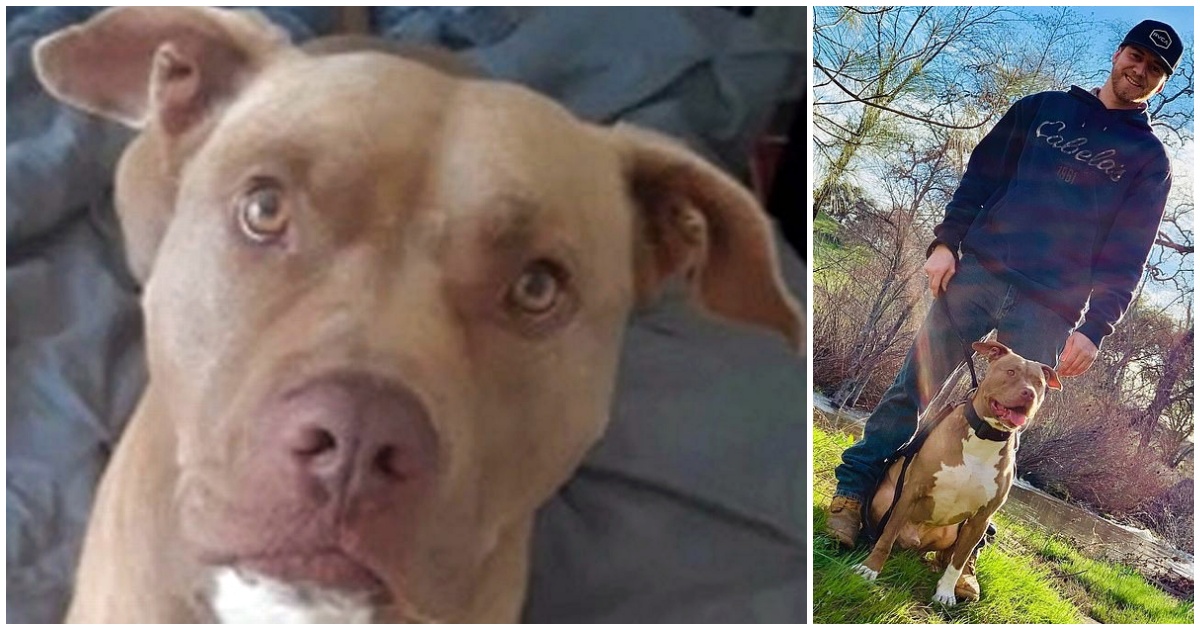 He ran toward them, plowed into the bear and tackled him. In a desperate attempt to free Buddy, Bentham grabbed the bear by the throat and began hitting him in the face until he finally let go of the dog.

Bentham didn’t even hesitate risking his own life to save Buddy.

“If it was your kid, what would you do,” Bentham said to CBS Sacramento. “That’s my kid, I would die for my dog.” 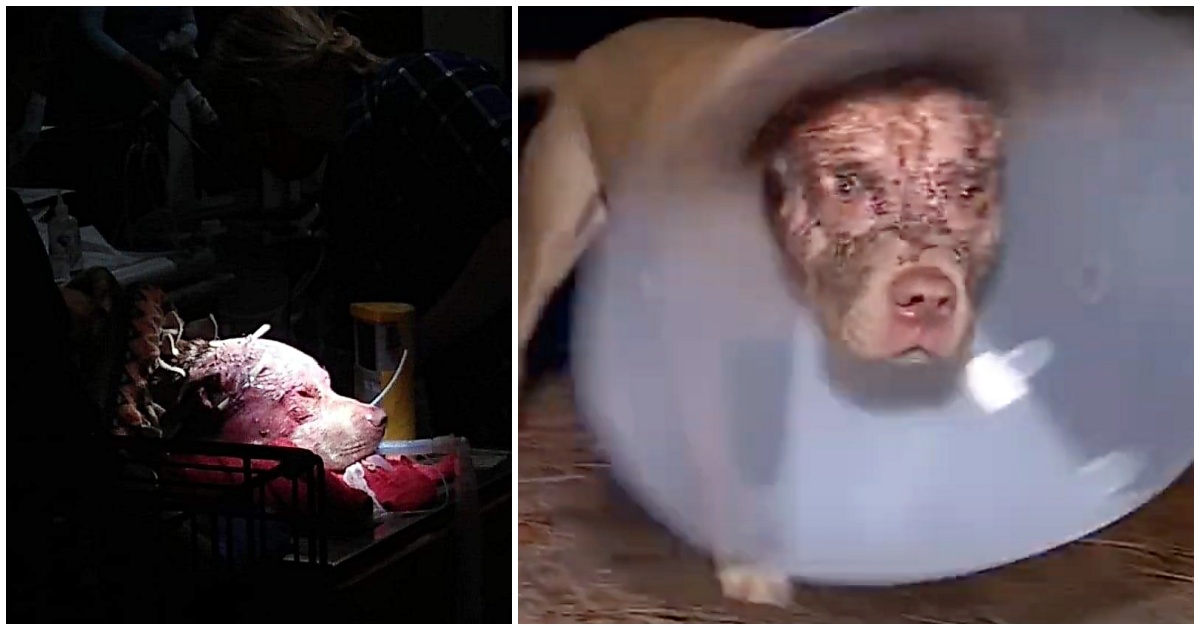 Buddy was in such bad shape that Bentham feared he would lose him. He rushed Buddy to Mother Lode Veterinary Hospital, where he was immediately taken into surgery to save his life.

Buddy ended up needing staples, stitches and tubes inserted into his head to drain fluid. Thankfully, the vet staff was able to save Buddy’s life, and he is now recovering at home.

Unfortunately, the same bear is still wandering the neighborhood and has even been to their house several times since the incident.