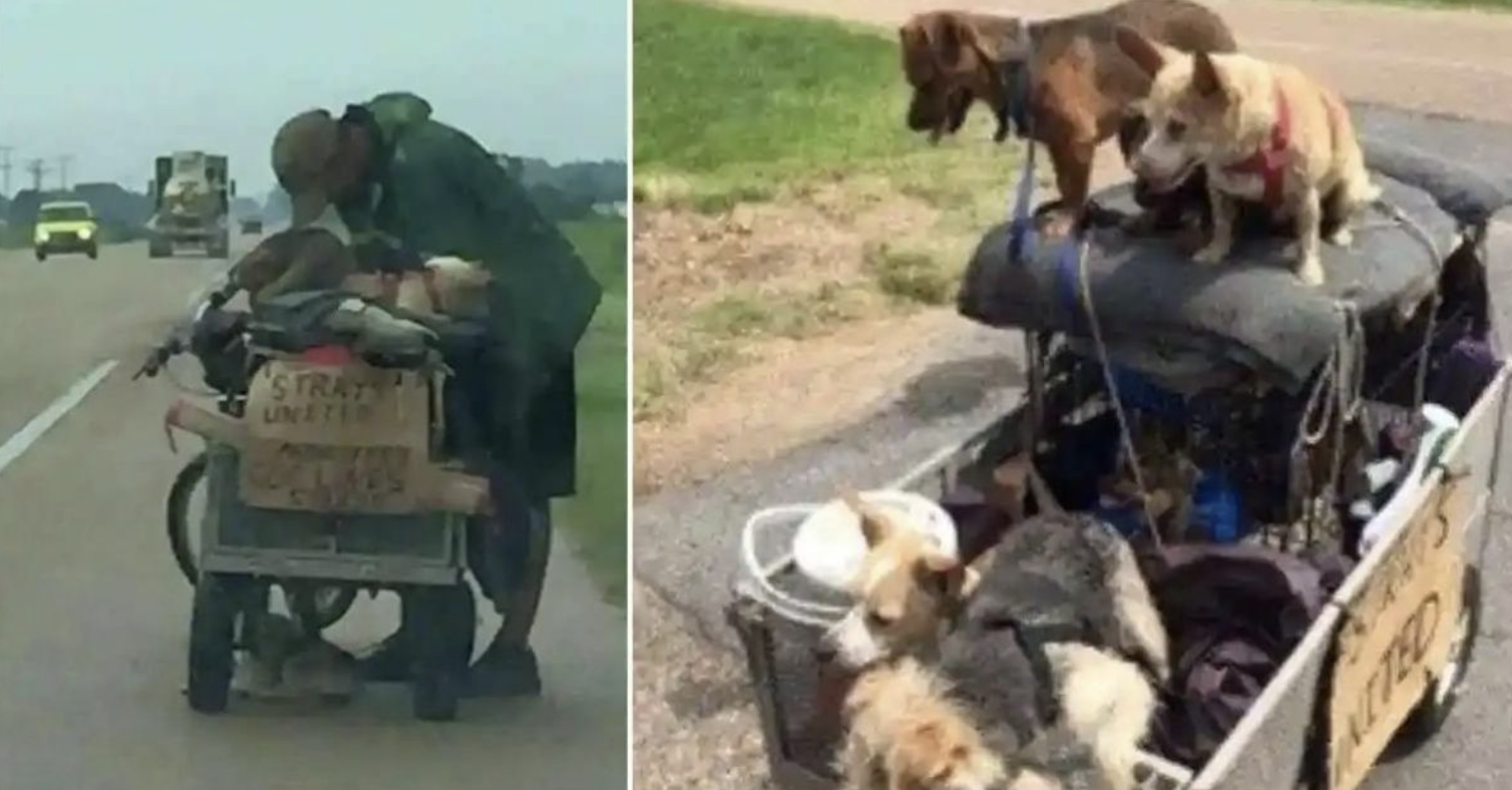 A woman saw the man with his 10 dogs and decided to stop to ask about his life story…that’s when everything changed for him.

Homeless people once used to be like all the “normal” people we know. They used to have a home, a job, and maybe even a family. 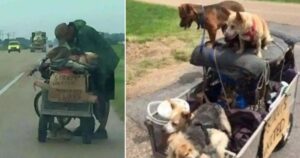 Many of them also used to have pets or they just used to be pet lovers.

Some, continue to have pets in their homeless times, or they just become guardian angels for strays, just like a homeless man, Steve, did. 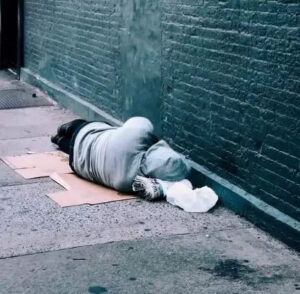 Steve started living in the street in 2001. By 2015, he had taken with him any stray dog he found on his way, and he had filled a cart with them.
In 2015, the man started a journey from California to Indiana, where his girlfriend, also a pet lover, lived. 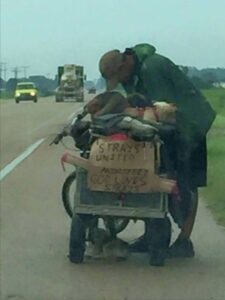 So, he took his bicycle, attached a small cart to it, filled it with his 11 dogs, and started pedaling.

In the midst of the 2,000-mile journey, he had a flat tire, and he had to stop to fix it. At that time, it just so happened that 24-year-old Alicia was driving by and saw the man. 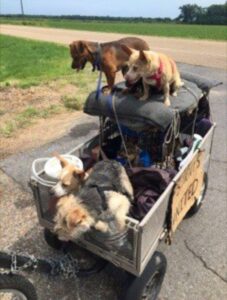 At that moment, she was talking to her father on the phone, and she told him what she had seen. After thinking for a second, they both decided that, although it was kind of risky, she just had to stop and see if she could help the man. 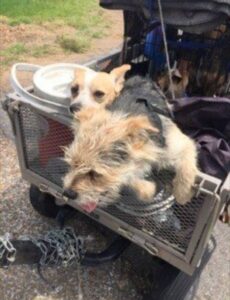 Indeed, she pulled over and approached the man. When she asked about his story, Steve explained that he had been homeless, picked up the strays, and now riding to Indiana. The man’s story left Alicia speechless. It also made it clear to her that she simply had to help the man, although he didn’t ask for anything.

So, she left, and, when she returned, she had brought food and supplies for the dogs. She also took to social media in order to start a fundraiser for the man and his pups.

Indeed, the fundraiser helped raise $35,000 for the homeless man and his canine gang.

Also, a woman from Tennessee named Kelley Seaton offered to drive Steve and his dogs to Indiana. The man couldn’t believe how lucky he was to have found so much love and support.

But the help that Steve received didn’t stop there.

Once he had arrived in Indiana, he and his girlfriend were set up with Angela, a woman who specifically works with homeless people who have pets. The lady helped them from the day they arrived with her. 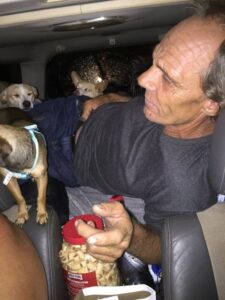 The dogs were spayed/neutered and medically checked up. But the people treating them never considered separating them from the man that had taken care of them for the last 14 years.

In order to make things easier for Steve and to make sure he and his four-legged friends would never be homeless again, good Samaritans donated him a new trailer. 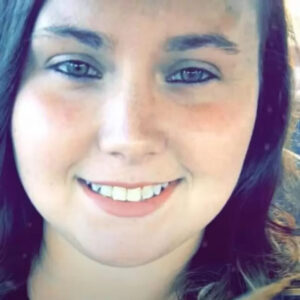 Steve didn’t know how to thank all the people that got involved in his and his pups’ rescue.

This story is a reminder that when you do good deeds, it always comes back to you one way or another.

Watch Steve’s touching story in the video below.