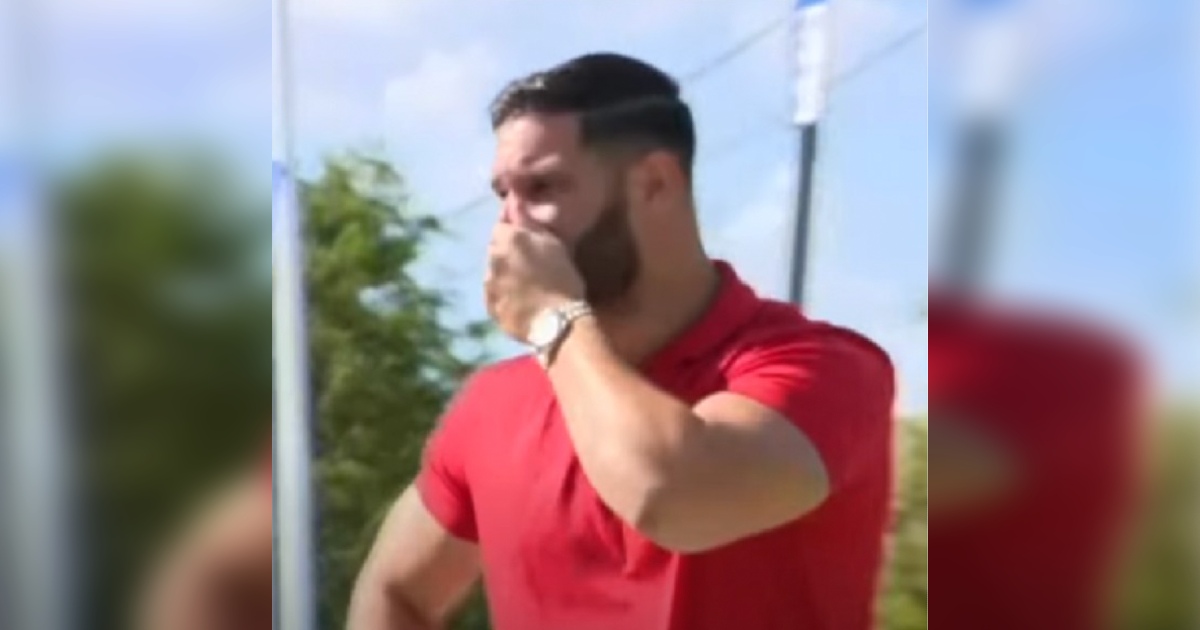 There are some moments in our lives when the unexpected happens and it’s as though the universe has guided us to a particular place for a reason. One Miami man experienced this firsthand when he happened to be at the right place at the right time after losing his two dogs.

Sandy Hernandez lost his beloved pups over the weekend.

While in the backyard, they both hopped the fence and were off. If you know anything about huskies, you know just how far they can run. After they hopped the fence, they took off in exploration mode without a second thought.

Dogs can get lost chasing scents and forget how far from home they are.

Dogs can just get lost in thought! Pet Hub says:

In most cases, your dog doesn’t mean to run away from home or leave you behind. They may even panic when they realize they’ve gotten themselves into a scary situation and can’t easily find their owner. It’s usually a simple case of instinctive canine behavior: the temptation to explore overrules all other thoughts, including obedience training and fear of punishment.

Regardless, it’s important to start looking straight away.

Leaving behind a concerned owner

When Sandy found out they were gone, he searched high and low.

He was out posting flyers hoping to find his best friends. After getting a tip, he made his way to the nearby animal shelter. When he arrived, it was a fateful moment that was captured on camera!

Ocean Drive Magazine was doing a photoshoot at a local shelter a few days after Sandy lost his dogs.

The event was held to help raise awareness for strays and rescues in the city, hopefully spurring people to adopt. Photographers came in to take photos of the dogs and give them a little lime-light, potentially helping them to get adopted!

While the crew was outside, they decided to take some photos of a gorgeous pair of huskies recently found.

The Huskies had bright blue eyes and would look awesome on a magazine or website front page! With a volunteer holding the dogs, the photographer started snapping photos. The dogs seemed to be in their own world, just hanging around and enjoying the moment.

With the camera rolling, we hear a car pull up and an exclamation!

Sandy had gotten a tip and had just arrived at the shelter while they had his dogs on the front sidewalk! With a loud voice, we hear him yell, “Those are my dogs!” Sandy then runs full speed to see his lost pups.

When he reached them, he simply pulled them into a huge hug.

Sandy buried his head in the fluffy coats of his two dogs, completely overcome with emotion, while the cameras kept rolling. In something that could be out of a movie scene, we see what a truly happy and relieved man looks like.

After an emotional and tearful greeting, Sandy was able to take his best friends home.

Ragnar and Cloud, the pups, finally had their dad back. With the camera still rolling, he was filmed getting into his car with two happy and safe dogs.

It seems that fate and the universe needed Sandy to reunite with his two beloved dogs. Watch the unbelievable reunion for yourself in the video below.