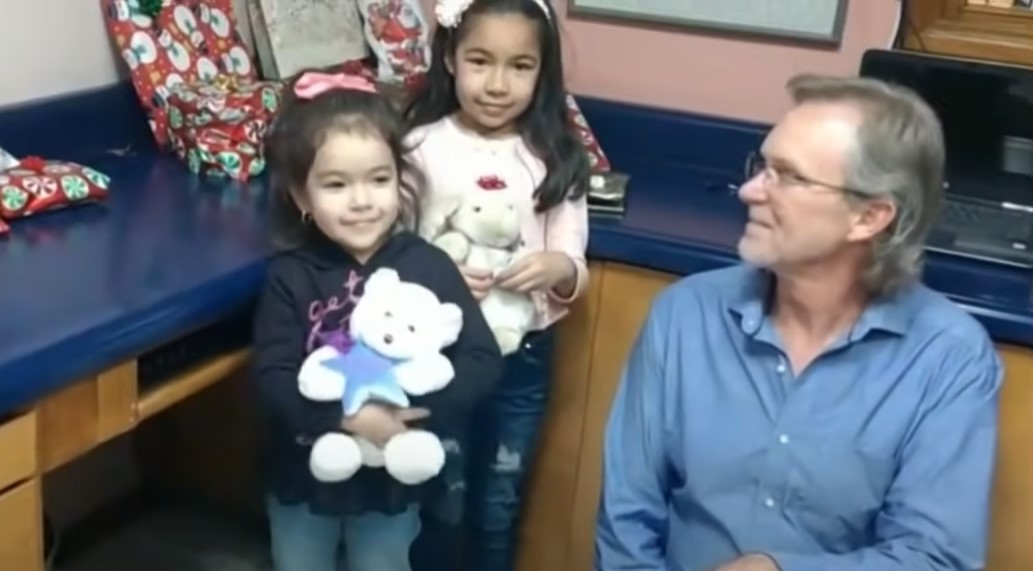 It’s pretty universal that kids love Santa and the presents he brings them on Christmas.

So many children all over the world write letters to Santa in the weeks leading up to Christmas, filled with presents they want and dreams they have.

Behind each letter is the earnest hope that its message will reach the North Pole.

So if you came across a child’s letter to Santa that didn’t reach its destination, would you be able to resist helping those dreams come true?

Dayami had big hopes for Christmas, and she wanted to make sure her letter got to Santa.

So she attached it to a balloon and sent it up into the air. She was sure that it would reach the North Pole.

But then Randy Heiss found it on his usual hike near the Arizona town where he lives.

By the time he found it, the balloon was torn to shreds from the elements.

Fortunately, the note was still attached.

Randy and his wife did some sleuthing to figure out who this letter came from.

Randy and his wife live pretty close to the border of Mexico.

One town, in particular, Nogales, Mexico, is about twenty miles away from them.

Given that the note was written entirely in Spanish, they figured that the sender was probably from that town.

The letter and the shredded balloon touched Randy’s heart.

There is something so pure and sweet about seeing a child’s wish list for Santa.

Stumbling across this one made Randy really want to do something to help.

For him, the mission had a personal touch.

“We lost our son nine years ago…So we don’t have grandchildren in our future and so really getting to share Christmas with kids was something that’s been missing in our lives.”

He wanted to help give this girl the best Christmas she could have.

Dayami’s wish list included popular kid toys, and Randy was brokenhearted that she might not receive them.

Dayami wanted things like slime, art supplies, dolls, and clothes. It was too adorable to resist.

So Randy began by reaching out to different radio stations that could help get the word out.

He also posted on Facebook and his story got shared by enough people.

Once Dayami’s mother connected with Randy and his wife, the couple was able to bring some Christmas joy to the little girl.

Randy and his wife got in their car and drove to Mexico to buy everything on Dayami’s list.

Then, they went to meet the little girl in person.

It was a meaningful day for Dayami, as well as the older couple.

Dayami had all of her Christmas wishes come true, and Randy and his wife loved helping a child experience joy.

For this couple, helping a child live their happiest life transcends anything else.

“Love has no borders. That wall melted away for the day.”

You can learn more about this lovely story in the video below!

Parents of 12 working multiple jobs to support their family get Christmas miracle from stranger
What do you want to get from your Secret Santa?
0 830