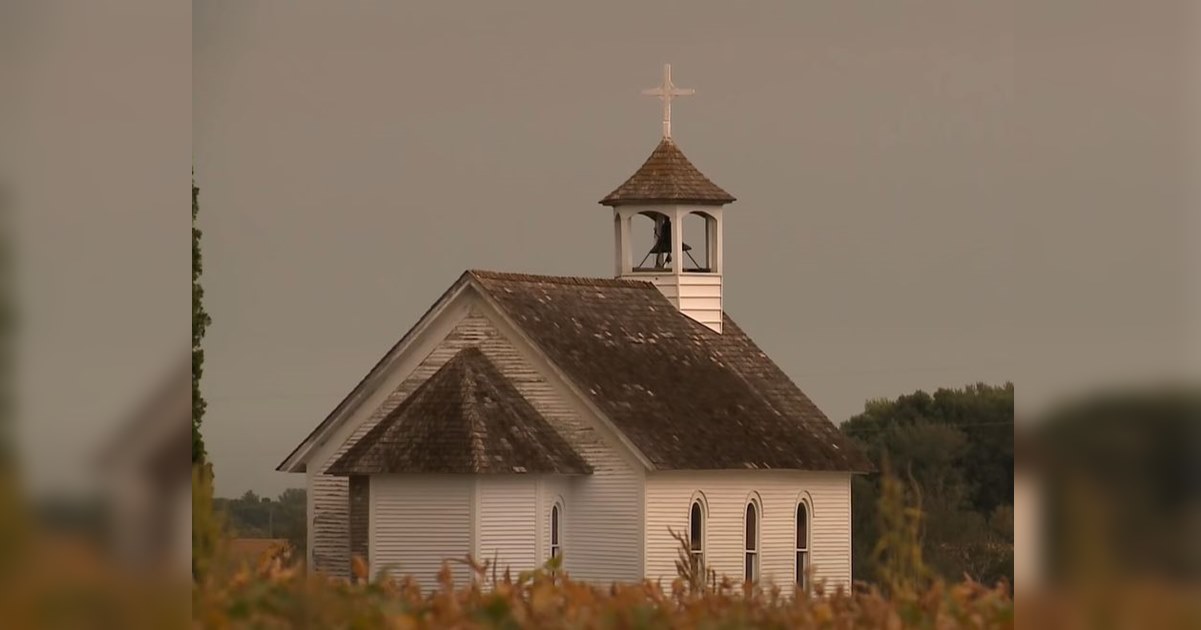 What would you do if you found out that you were dying?

Greg Thomas from Montgomery, Minnesota received the worst news of his life.

He had head and neck cancer, and it was at stage 4.

At 54 years old, Greg felt he was too young to die.

“When I found out that I had cancer, they told my family to go ahead and start planning my funeral,” the man recalled.

The shocking news was difficult to accept. but what choice did Greg have?

The man spent what he thought were his last days walking around the area with his dog, Max.

It was in during one of his walks that he found an abandoned church.

In his situation, the man knew he had no one to call but God.

Seeing a church reminded him of who he should talk to in order to be healed.

Greg stopped by the church, kneeled down, and prayed really hard.

He talked to God and asked for his help and as he prayed in the church, he noticed that it badly needed to be repaired.

Greg wanted to pray inside the church but could not.

He tried so many times to enter the church but it was badly damaged that he could not enter its doors.

He asked for permission to do it and was allowed to do so.

If it were the last thing he would do, Greg wanted it to be meaningful.

The church has been abandoned for more than a century.

The Budejovice Church, built in 1868 by Czech immigrants who eventually relocated to a larger parish in Montgomery, had remained vacant for more than a hundred years.

Despite the foundation eroding and the paint flaking, Greg still wanted to see what the church looked like and wanted to pray in it.

That’s when Greg met Don Rynda, the man who lived closest to the old church.

“He went to the neighbor and said he wanted to paint the church, and who does he talk to, so the neighbor sent him to talk to me,” Don recalled.

As it turned out, Don is also the treasurer of the foundation that keeps up the church cemetery.

He could not believe what he was hearing when Greg offered to restore the old building.

Don thought that Greg was a “godsend.”

As Greg fought through the effects of chemotherapy on his body, he never stopped in his project of restoring the abandoned church.

He was weak but not too weak to leave the work he started.

He lost his salivary glands and his teeth along the process, but he was gaining more in return.

He was still strong despite the extreme medications and it was something that amazed him.

Greg peeled off the century-old painting and restored the church with all his might that came from God.

When he finally was able to enter the church, the man’s first goal was to see if the bell still worked.

After three years of fighting off his cancer, the man whom they thought would die is still alive and his cancer is now in remission.

People in the area are amazed at how Greg does everything and are always praying for him as he walks on his way to recovery.

Greg could not believe how far he has come since receiving the deadly diagnosis.

“It’s what he’s done for me,” he says as he glanced upward, “and this is my way of saying thank you.”

The church has been restored and the elderly man can now enter it and pray.

The steps to the old building have been silent witnesses of his fight and he knew it would never be possible if not for his faith in God.

“There’s been a lot of tears shed on these steps and they’ve been tears of joy, tears of pain, but tears of blessings too,” Greg tearfully shares.

Find out more about this inspiring story of faith by watching the video below.

Parents of 12 working multiple jobs to support their family get Christmas miracle from stranger
What do you want to get from your Secret Santa?
0 810