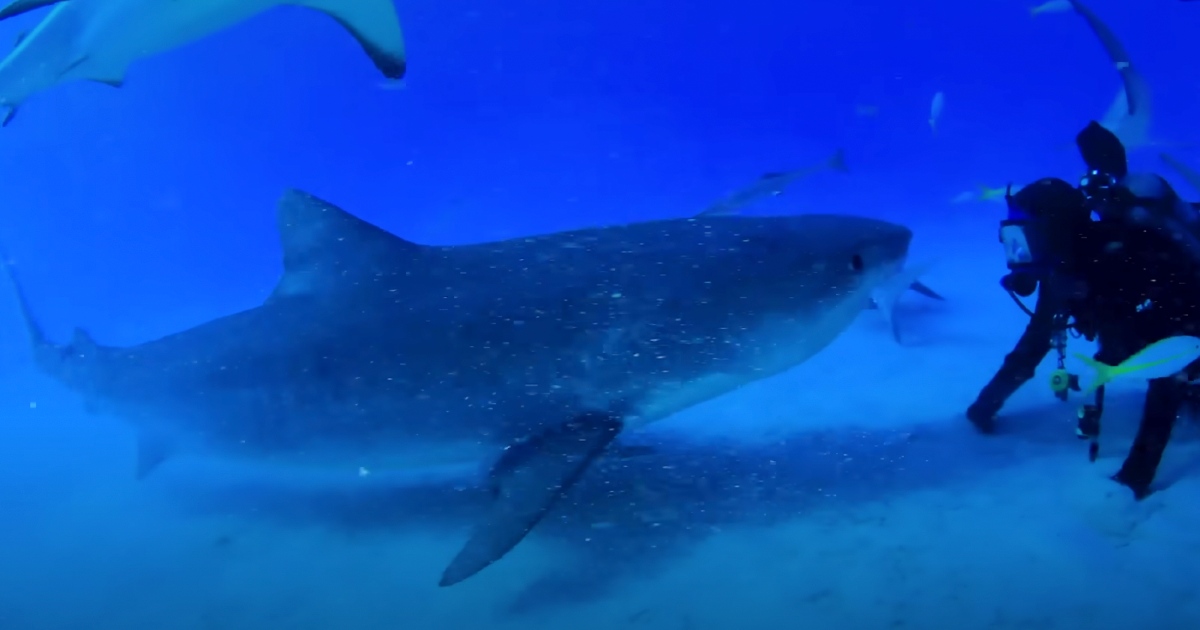 There are animals that we consider “wild” and “dangerous.” Imagine sharp claws or teeth or those with strong arms or legs that can instantly harm you. We like to stay away from them as much as possible if we don’t want to end up in a hospital.

However, this is a common misconception at times. We’ve seen rangers, veterinarians, and rescuers with expertise in treating those animals. We see some who get near lions, snakes, and bears – and they seem okay.

An animal’s dangerous side only shows when they feel threatened or find themselves needing protection. But when they are shown love and affection, they show it back to the humans who treat them right.

Sharks are one of those species that are often misunderstood as mindless, flesh-eating creatures under the water. That’s how they were always portrayed in films and television – even in the animated movie Finding Nemo where the sharks pledged not to eat fish, but their eyes go dark once they smell blood.

But sharks are genuinely loving when treated right. This story of a marine conservationist and a tiger shark would prove that all the media showed about sharks is a big misconception.

The start of their friendship

Jim Abernethy is a Shark & Wildlife Ecotourism Operator, Marine Conservationist, award-winning photographer, cinematographer, author, and publisher. With those credentials alone, you know how Jim’s work and passion revolve around sharks.

It was in early 2000 when Jim first sighted the tiger shark named Emma. She would go near him as if asking for pets and rubs as dogs do. It was a game-changer for Jim, and his interaction with Emma made him realize how affectionate sharks can be contrary to their image in media. That’s how their friendship started, and it just grew over the years.

Two decades in and Jim still worked for shark and wildlife conservation. He does not only do ecotourism or shoot photos and videos underwater. He’s been doing something more. He observed that most sharks in the area had hooks, and he had to bond with them to gain their trust to remove them; it was to assure the sharks that he wasn’t going to hurt them. One of his “patients” was Emma.

When they discovered Tiger Beach, he saw no hooks in the sharks there. It was a pure bonding moment for them and the sharks. All they wanted was to know the humans around them would not hurt them, and Emma played a significant role in that.

As Jim would put it, Emma was like the shark ambassador. Her encounters with Jim and his colleagues signaled the other sharks that it’s okay to be around them. Because of that interaction, the other sharks were as gentle to them as well.

This made their jobs as shark and wildlife conservationists easier and more rewarding. The life they saved and the friendships they made were truly remarkable and unique. That is very much true with Jim and Emma.