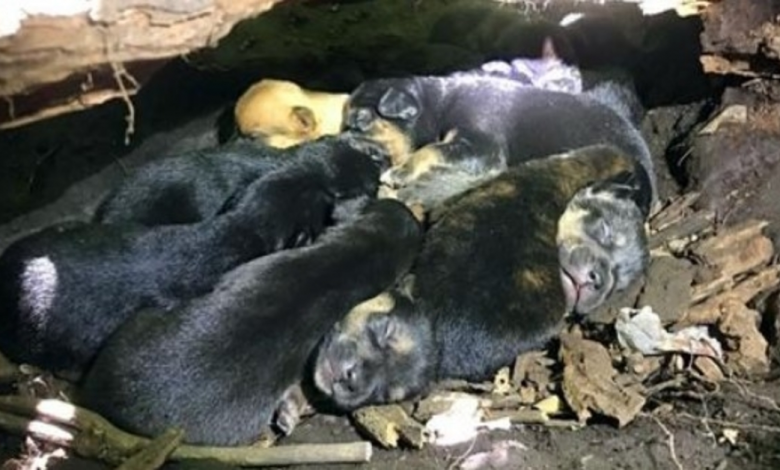 The St. Louis Street Rescue team encountered a dog with a broken paw. They wanted to save her, but they didn’t know they would save so many others, writes ilovemydogsomuch. Soon after saving the dog, they realized she had milk. So they knew that this dog was a new mother and that she had puppies somewhere nearby. The rescuers knew they had to look for them and act quickly.

They immediately went to the bushes where the mother dog lived to see if her puppies were there. The rescuers pushed aside branches and crawled through the bushes until they discovered a small den. In the hole in what looked like a “safe haven” lived not just a few puppies, but 13! Their mother had hidden them so well that they were safe and warm. 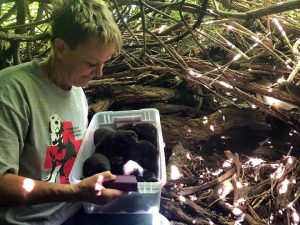 Rescuers carefully placed cubs one by one in a container before taking them and their mother to rescue centers. There they were able to provide the mother and the cubs with the necessary medical care. 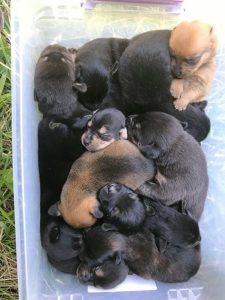 The mother is operated on for her injured leg and all the puppies are sterilized and put up for adoption as soon as they are old enough. 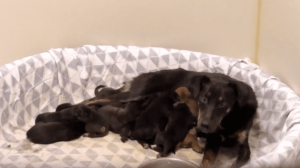 Meanwhile, Stray Rescue of St. Louis is looking for people to adopt the puppies. They offer classes and have more information on their website.

Watch the full story on the video below!