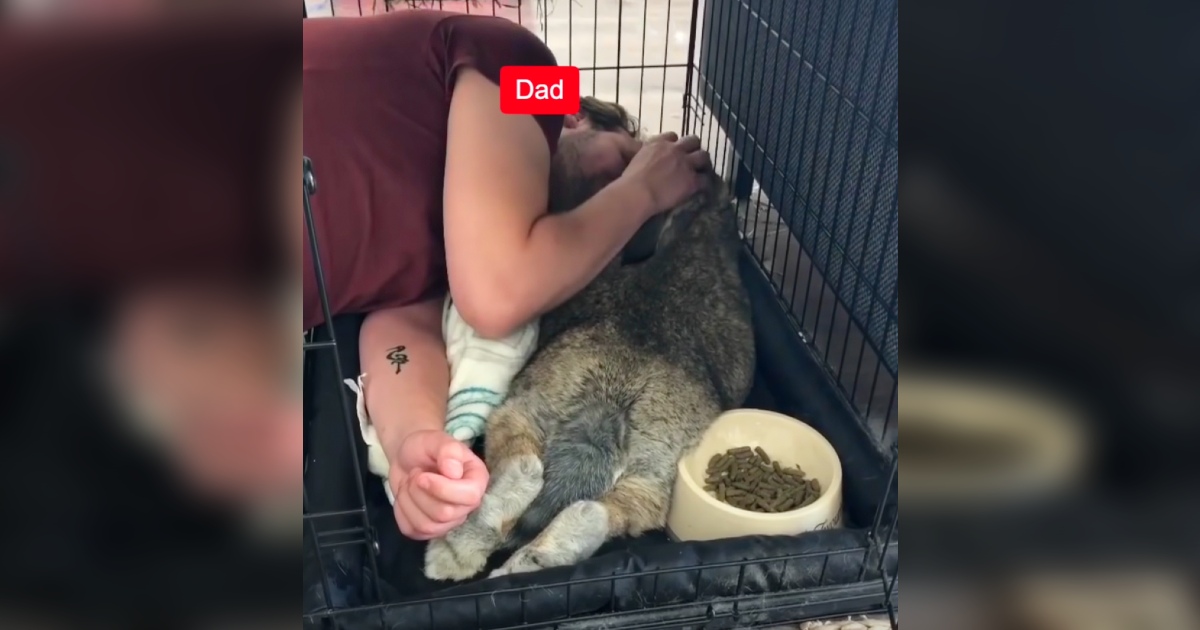 Life has taught us that we cannot live alone and always need company – a partner or a friend – to make life better. Even the elderly left alone in their homes finds a friend be it the concerned neighbor, the friendly kid, or that adorable dog.

Company improves our quality of life. We might enjoy solitude, but we cross paths with others sometimes, making it all worthwhile. It’s safe to say even animals need companions, too.

So, when this woman realized her bunny was getting a bit lonely, she thought it’d be best to find him a partner. And not just any bunny buddy – she found him a wife!

Samira and Ben Ubels are proud parents of a giant bunny named Bux, and he loves a lot of things – from bananas to back scratches. They refer to him as their first baby since he was their first pet, even before they had a baby.

Everything seemed to be okay at first, but Samira thought Bux might have gotten a bit lonely, especially when they were away. Both she and Ben work as chefs, and they work for up to 12 hours.

Bux is always excited to see them and greets them by the door. However, that same action made Samira realize that he was left all alone in their house without anybody to play with. She and Ben agreed it was time to find someone to accompany Bux.

Speed Dating and Finding a Wife

The couple brought Bux to a shelter and had him go “speed dating” so he could pick himself up a wife. Yep, you read that right!

It may be an unorthodox way of letting your pet find a mate, but they felt it would be best for Bux to meet the ladies that way. They were just glad the shelter allowed them to do this.

They placed Bux in a bunny’s cage so they could get to know each other. This was tricky since two bunnies meeting for the first time could start a fight. He met the bunnies one by one. There were some he was interested in but didn’t like him – and vice versa.

Then came Ginny. With her, it was like love at first sight. Bux was very drawn to her, and she to him. They clicked instantly, and Samira knew they would like to take her home.

Bux and Ginny have been inseparable since. They share food, play around the house together, and snuggle close to one another. And despite having different personalities, they are the perfect match.

According to Samira, Bux was like a dog who always wanted to greet people who came by for a visit. He liked saying ‘hello,’ probably begging for some pets and scratches. On the other hand, Ginny is like a cat who is laid back and has little care for the people around her. Although, she can get very naughty, chewing everything she sees.

Samira and Ben were happy they finally found the perfect match for Bux. He didn’t seem so lonely anymore, and he had the perfect partner-in-crime with Ginny by his side.