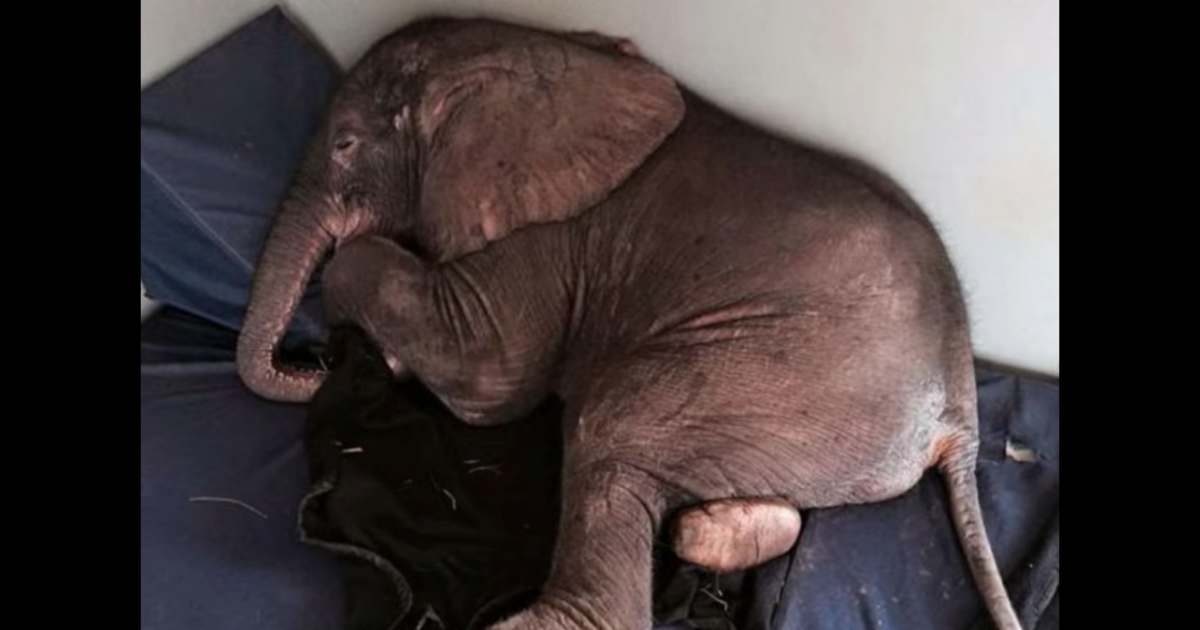 It’s a tale of birth, hardship, growing up, and the worst parts of life – and it all started with a baby elephant named Ellie.

Caution: This story may be upsetting to sensitive readers.

Ellie the African Elephant came into the world with the worst of starts. Brought into the Thula Thula game reserve after being left behind, Ellie wasn’t exactly in the best condition.

He had an umbilical hernia, which is almost a death sentence for an elephant.

The Thula Thula game reserve is a rescue reserve for wild animals in South Africa. Sharing this home with Ellie are rhinos, zebras, buffalo, and quite a few more species. Though having a place to stay doesn’t guarantee everyone’s safety. Ellie’s umbilical hernia was taking quite the toll on the calf.

These trunked giants are incredibly social animals and are nearly as susceptible to mental health problems as humans are.

Elephants are known to grieve each other when they die, and the bond with fellow herd members is incredibly vital to a young calf. Having an illness this bad without a natural herd to be around would take quite its toll on a baby elephant’s mental health. This was true for Ellie.

The handlers at Thula Thula reserve went the extra mile to help Ellie. Umbilical hernia needs to be treated immediately, and Ellie’s mental health was taking a nosedive too. He wouldn’t eat and almost definitely felt that crushing loneliness every day.

A mixture of boiled rice, minerals, and coconut milk managed to do the job of getting Ellie to eat something.

Not the greatest-sounding food, sure, but it’s way better than nothing.

Still, Ellie was still trying to handle the trauma of being left behind. His behavior showed some flashing signs that he was still depressed. All that food won’t do any good if you’re just as lonely as ever. The folks at the game reserve had a remedy in mind.

Ellie was introduced to a German Shepherd named Duma. Being a companion is the one job that dogs do best, and Duma was no exception.

Duma showed Ellie what it was like to have a friend, and now the baby elephant didn’t have to feel so lonely.

Duma kept Ellie company for the next couple of months. The two formed a bond, and it probably meant the world to Ellie, who was showing signs of becoming more lively and confident as long as they were together.

Thus began the plan for Ellie’s future. They had hopes for Ellie growing up and being reintroduced to the wild to start his own herd. Though this wasn’t a guarantee in the slightest.

The elephant calf relapsed after 5 months, and though the attention and care from Duma and the sanctuary helped a lot, it proved to not be enough to save the poor elephant’s life.

Ellie then passed away at less than a year old, much to the heartbreak of everyone around him. Though short was his time on Earth, he at least learned to feel loved and cared for.

Most importantly, he felt what it was like to love someone else.

Bittersweet doesn’t even begin to describe things, but such is the nature of wild animals. To see Ellie’s whole story, watch the video down below.

This story of loneliness, growth, friendship, and life might resonate with a lot of people, so please share this article with who you can!

Parents of 12 working multiple jobs to support their family get Christmas miracle from stranger
What do you want to get from your Secret Santa?
0 861