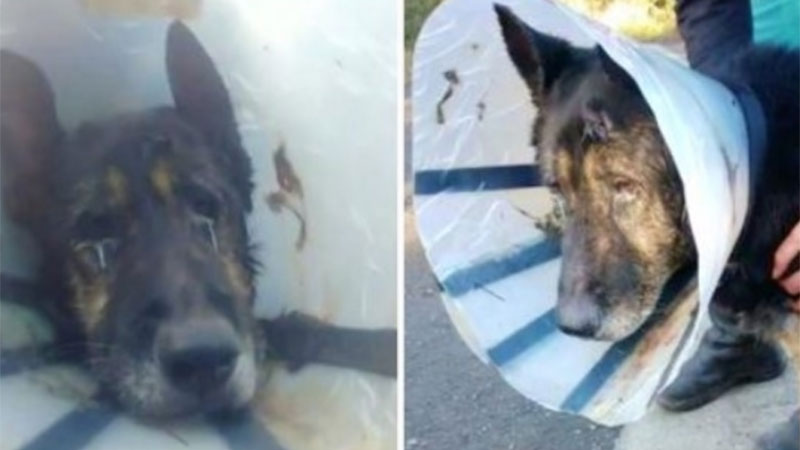 Two women horseback riding in the Jackson State Forest in Mendocino County, California made a startling discovery. Davina Liberty and Sarah Grimes saw a dog ahead in the distance limping and wearing a cone around his neck. The good Samaritans tried to get involved, but the dog was growling at anyone who tried to capture him. Liberty was finally successful in securing the badly injured dog and then she called for help. The dog, named Thunder the Wonder Dog, received vet care and surgery. He was attacked by a wild animal and had several other injuries. Most perplexing is how the dog got to the location and what his back story was.

A microchip scan was successful but the information had not been updated since 2015. A Facebook page created for Thunder went viral and his owners were tracked down. They signed over custody of the dog to the humane society and the investigation continues. In the meantime, people are following Thunder’s recovery so he can be placed up for adoption.