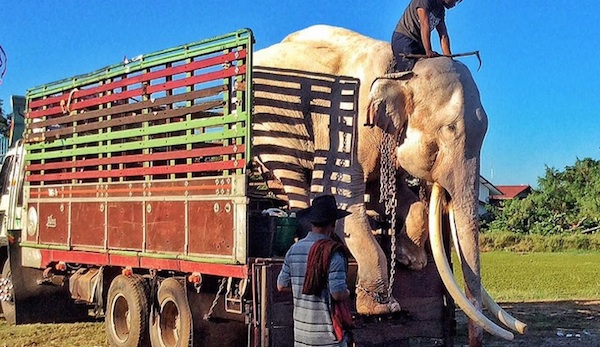 Lek Chailert, founder of The Elephant Sanctuary in Thailand, shared a story of a majestic bull elephant named Thong Bai, who has been a symbol of Thailand and is famous throughout the country. “More than forty years he has served people, and he deserves his freedom,” the elephant advocate writes. And this week, his chains have been removed.

Thong Bai is privately owned and has appeared in many popular advertisements for Thai beer, movies and participated in wedding celebrations.

Last year, Lek invited Khun NuNa Silpa-archa to visit Thong Bai and other elephants in Surin province. “After she saw him, she began to seek a way to help him and to bring him greater respect and freedom.” 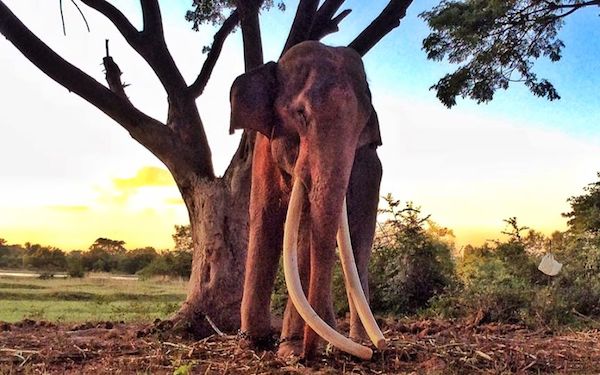 Gradually, after much discussion, Thong Bai’s owners and the elephant advocates came to an agreement. Thong Bai would get a special enclosure where he could live chain-free. His new home would be a part of the Surin Project, which works to improve the living conditions of working elephants and the economic situations of their mahouts. 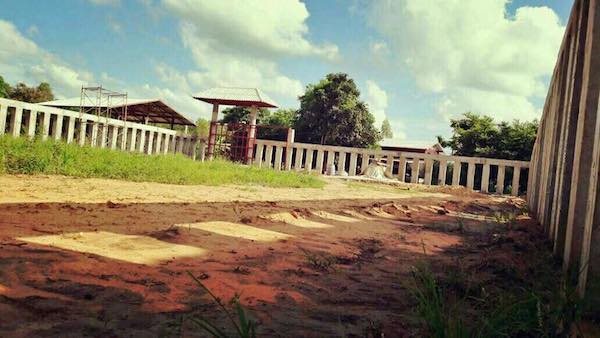 Thong Bai’s new home came together through a community effort. The Thai Beverage company helped fund the construction of Thong Bai’s shelter and the Surin government provisioned the land. 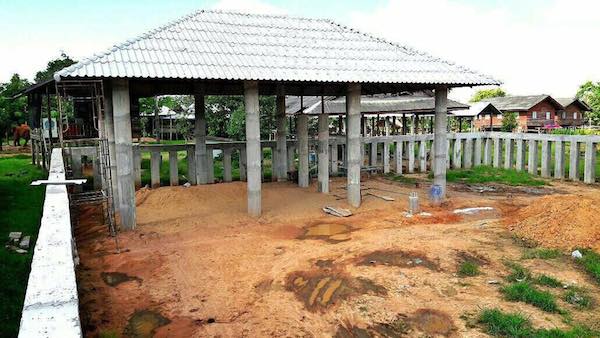 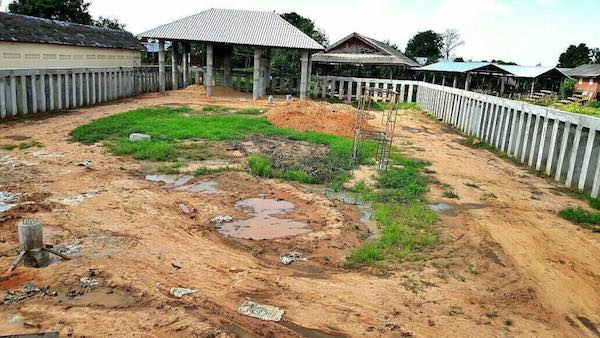 The enclosure has a fountain, plenty of mud, shade and space for him to roam. 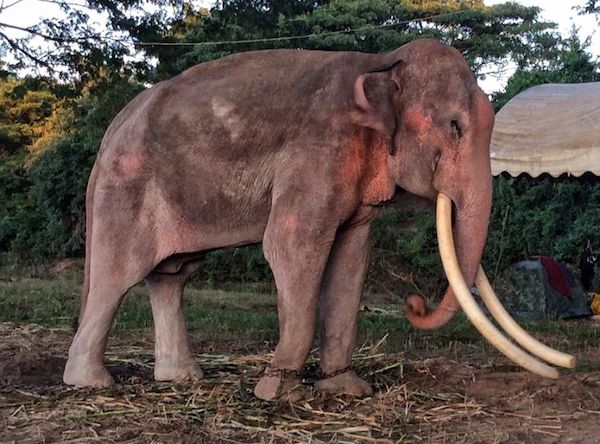 When it was completed, the locals had a celebration to bring Thong Bai to his new home. First, his shackles were removed at his old shelter. 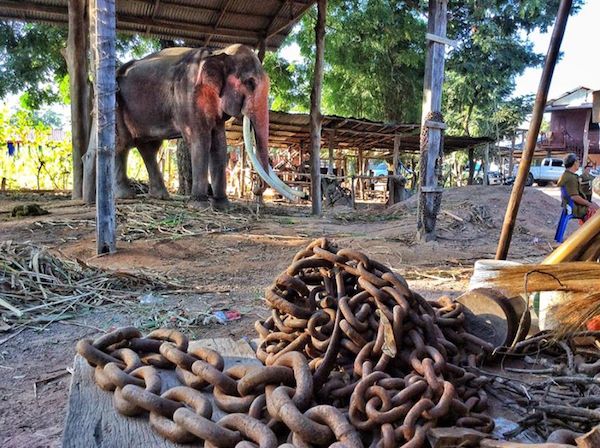 When he arrived at his new home, he wasn’t sure what to make of it at first. “The day that every one longed for has finally arrived. Over four decades of shackles and at last release,” writes Lek. “Thong Bai, the Legend of Surin, is free from his chains. We welcomed him to his new home today. He appeared uncertain and nervous of his new freedom and even shy to explore without being told what to do.” 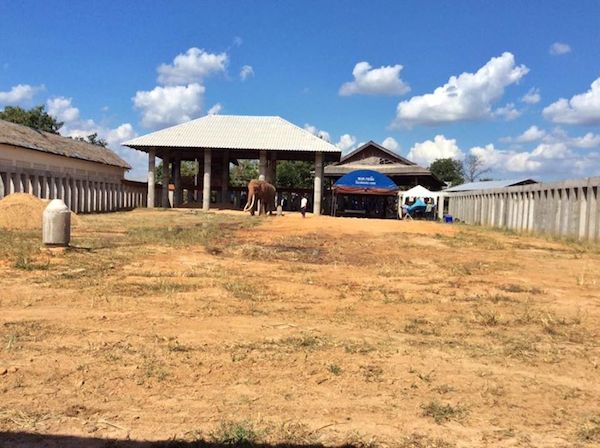 “He acts the same as every elephant when finally released from years of shackles – confusion and disbelief. It will take some time to get his head around his changed status,” writes Lek. 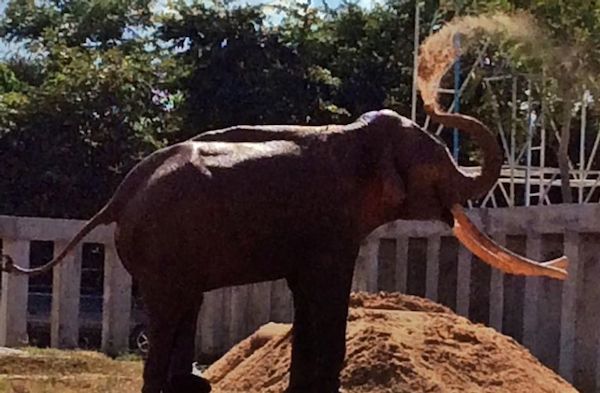 And exploring his new home. “We are full of hope to see him happy and with freedom,” she says. The group of people who helped free him, plan to keep an eye on him to ensure he does not get chained again. 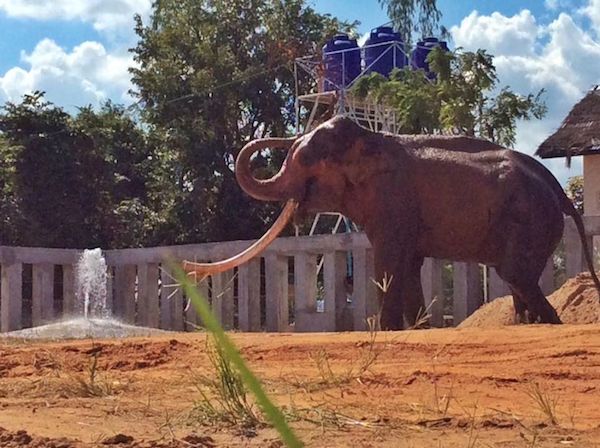 “Thong Bai will not be the last who we will try to set free, but a new standard has been set in this Elephant Heartland, which we hope to have a ripple effect in effecting change for all shackled Bulls here, who lead a life common to Thong Bai but without the fame,” Lek writes. “It is a challenging road ahead but a most worthy task, to give to all others here at least a semblance of freedom, to be treated with respect and a chance to regain their dignity.”

Share this uplifting story with your family and friends!

While on vacation, the paparazzi captured the renowned Cher, age 75, sans makeup.
01
Поиск