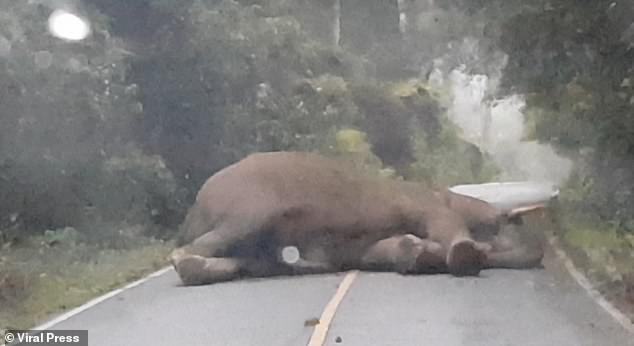 The lazy elephant in Nakhon Ratchasima, norther Thailand, delayed Nattawat Patsungsing for work by laying still for around 20 minutes. 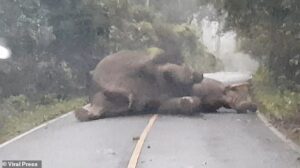 The wildlife officials told that the elephant was very shy and he found a quiet road without cars and took a nap. His name was Nga-Thong, which translates to “golden ivory” in Thai.

Mr. Patsungsing, however, was late for his work and the only thing that he could have done in the car was to film the lazy elephant and wait those 20 minutes until the elephant would stand up and go. 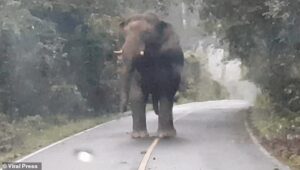 Finally, the elephant stood up and went. Despite his delay, Mr. Patsungsing was very happy to meet this lazy animal in the middle of the road.