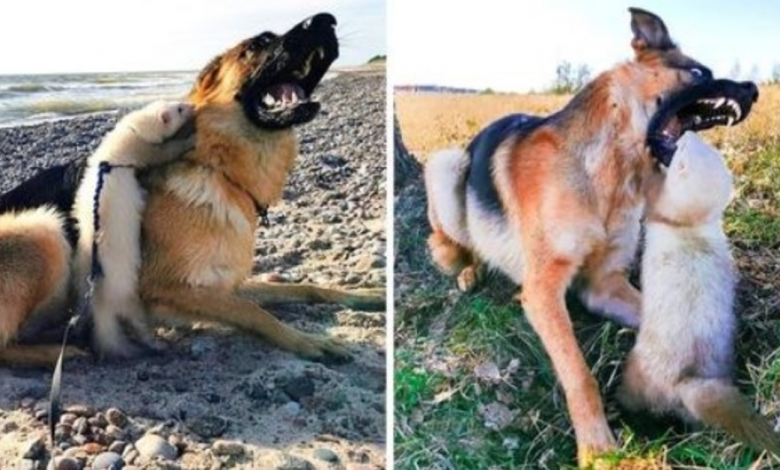 Diana Grib wanted to increase both a German Shepherd and a ferret from childhood. But she recognized how difficult it would be to have such a different species in one place when she grew up. 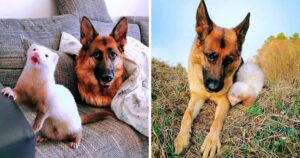 First, Diana adopted a German Shepherd named Nova. One year she educated the dog to love other animals too. And when Diana felt that the time had come she adopted a 2-year-old ferret named Pacco. 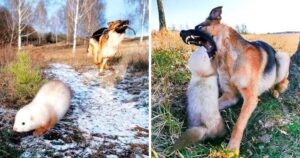 In the beginning, the dog was a bit nervous but soon began to care for the ferret. In its turn, Pocco felt that Nova was kind and made friends with her. Soon they became inseparable and did everything together. 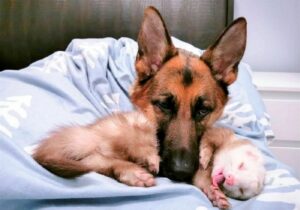 Diana liked to take photos of them. Pacco liked to get right into Nova’s mouth and inspect her teeth from time to time. Despite their differences, both Nova and Pacco bond well as a result of their similarly brave and interesting personalities