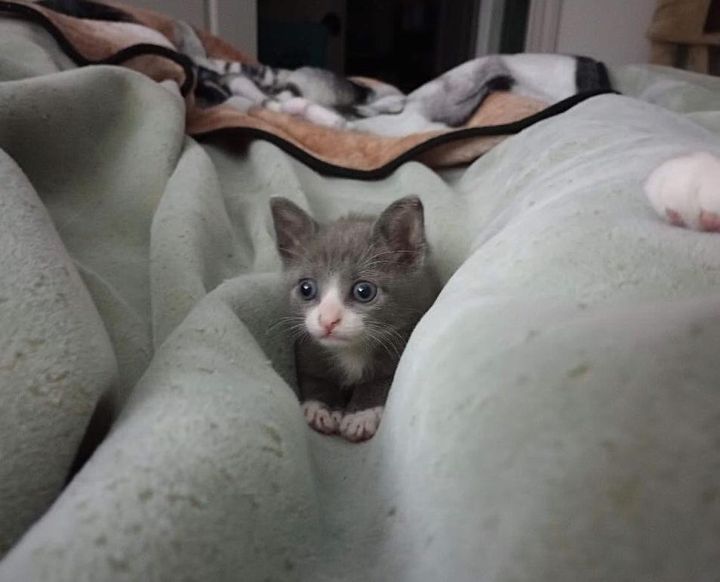 A grey kitten was found in a garage and the sole survivor of his litter. His mother cat never came back for him. He was very tiny, frail, wobbly, and crying for help

Volunteers of Coastal Bend Cat Rescue (CBCR) sprang into action and took the little neonate into their care. Upon arrival, he was covered in fleas and filth and severely underweight.

“He was the size of a one-week-old kitten, even though he was nearly twice that age based on other age markers,” Mary Huckabee, a CBCR officer, told Love Meow. 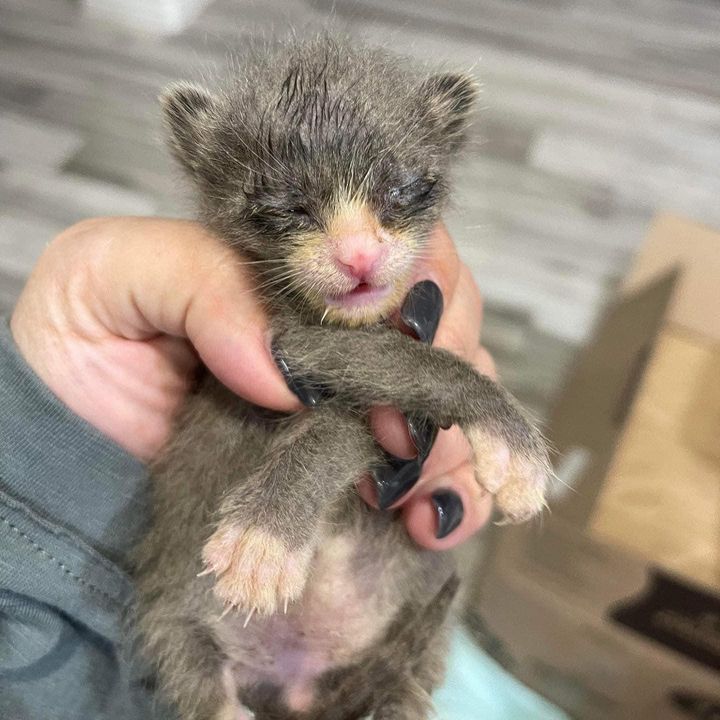 Dorella, another CBCR officer, took on the little 2-ounce kitten. Despite all the odds against him, she wanted to give him a fighting chance.

“He was dehydrated and his body score was very poor. I didn’t think he could survive. We had to bring his body temperature up slowly, meaning hourly feedings of very small increments,” Dorella shared with Love Meow. 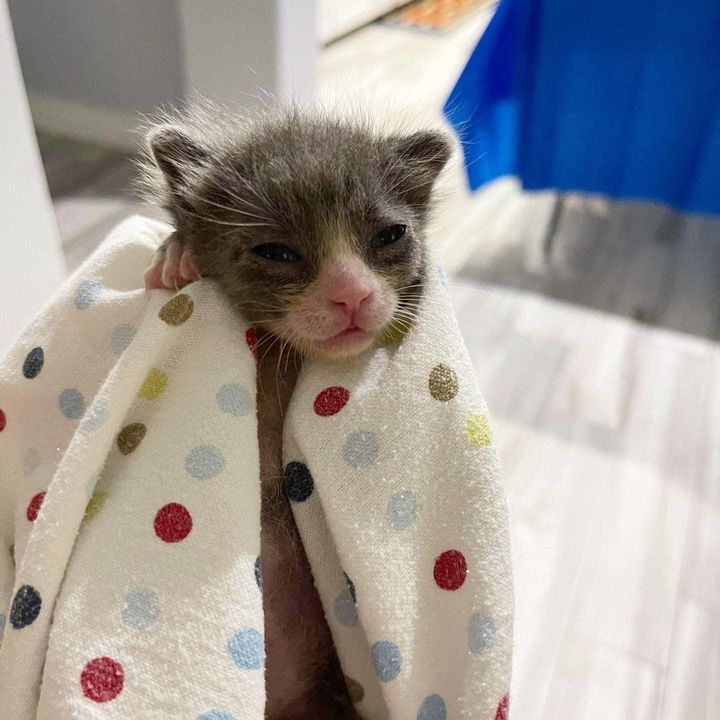 “He was a fighter from the moment I got him. He was moving and crying and had the strongest instinct to live.”

It took two days of painstaking care to bring the little guy back from the brink, and another two weeks for the kitten to be at his adequate weight. 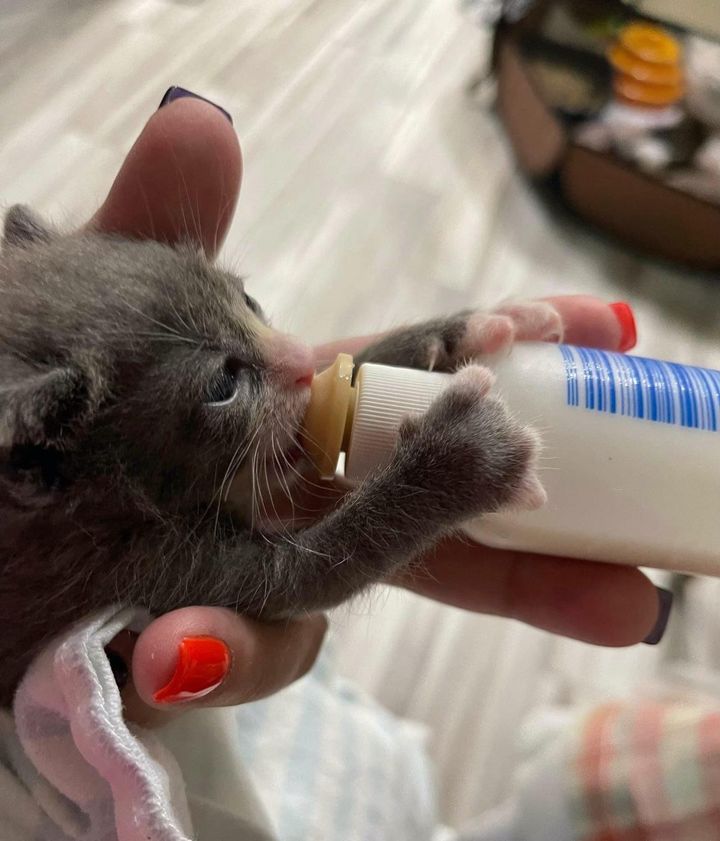 The kitten regained his appetite through round-the-clock feedings, and was eating like a champ. He would grab the bottle with his tiny paws and down it with all his might.

“I named him Sandman because of all the sleep I didn’t get caring for him at his critical stage,” Dorella said. 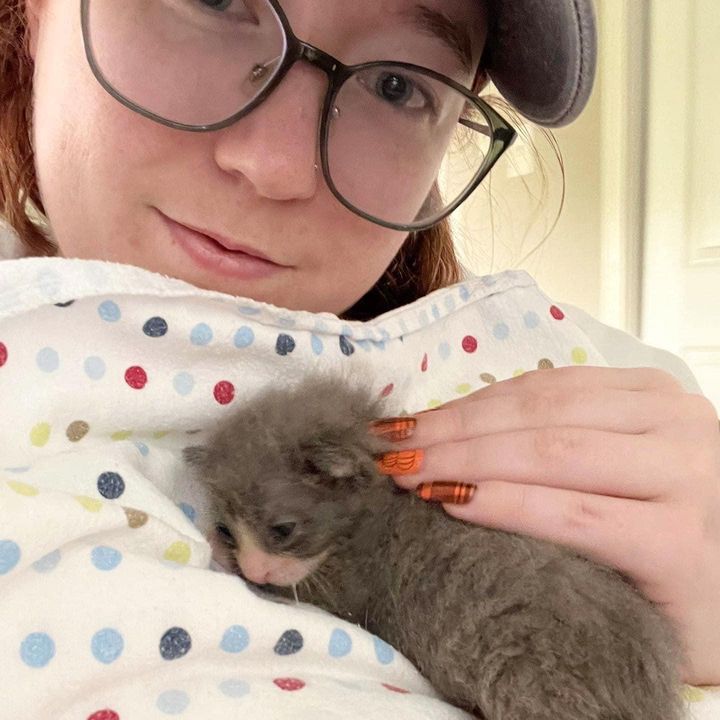 Sandman was given a big snuggle toy with a heartbeat to keep him company. He was immediately drawn to it and would cuddle with it after every feeding.

“We often give these snuggle animals to orphaned kittens because the beating heart mimics their mama.” 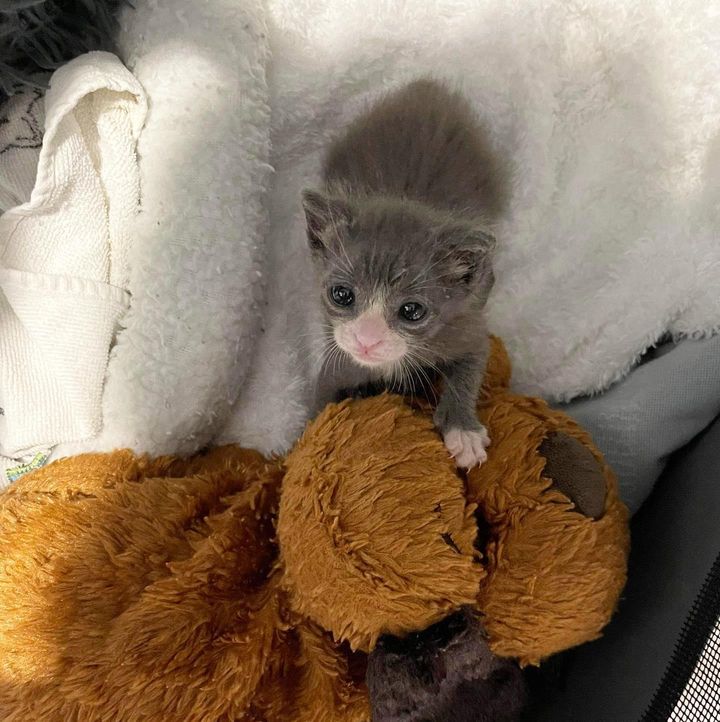 Once Sandman was strong enough to venture out of his nest to explore and play, he was transferred to a new foster home for socialization with a young resident cat, Taro.

Taro who is a CBCR graduate, welcomed the kitten into his warm abode with open paws and plenty of purrs. 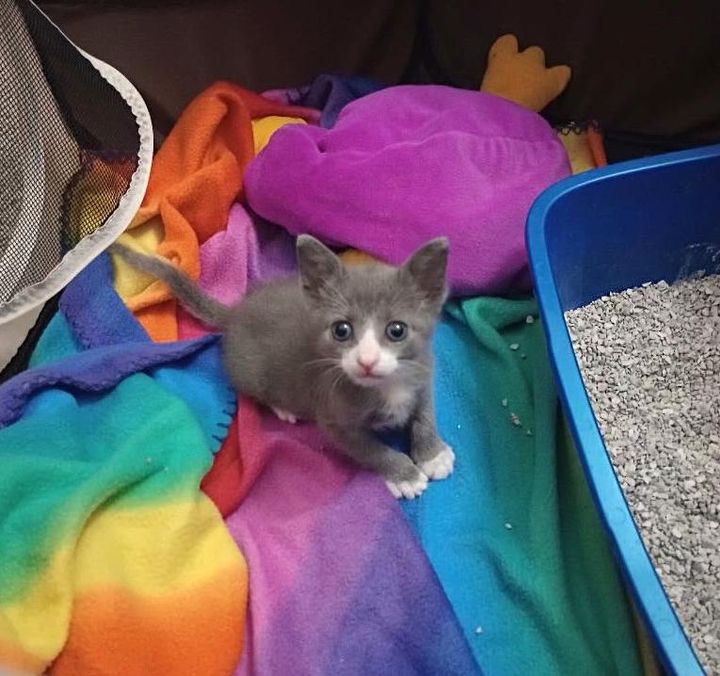 The friendly resident cat took Sandman under his wing as if he knew just what the little guy needed. “Taro is so patient with him and lets him chomp all over him. They love to cuddle and play,” Mary shared.

“He gets to play all day with Taro to learn all the essential kitten skills.” 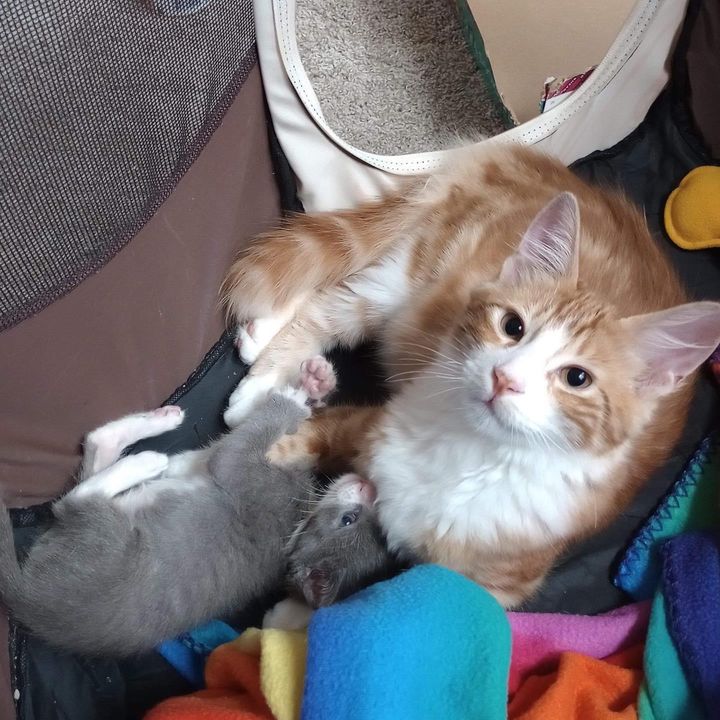 The palm-sized wonder is growing into a handsome kitty packed with energy and mischief. He is much smaller than Taro but holds his own when he wrestles.

“Sandman seems to think he is the same size as his stand-in brother. He definitely has a big personality.” 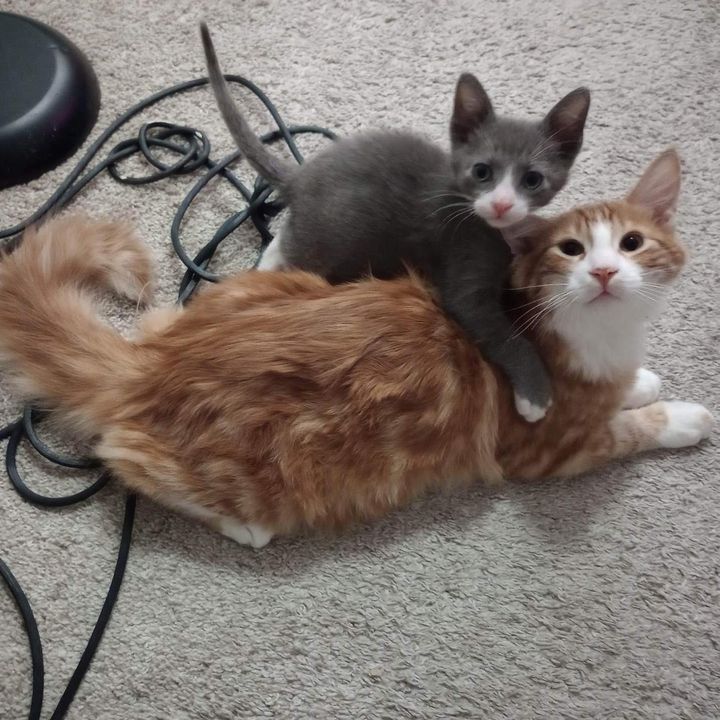 “His current foster carer says: ‘Sandman keeps waking me up by nipping my nose. He is not living up to his name (yet).”

Sandman is thriving in foster care with his feline buddy who shows him the ropes and makes him feel loved. 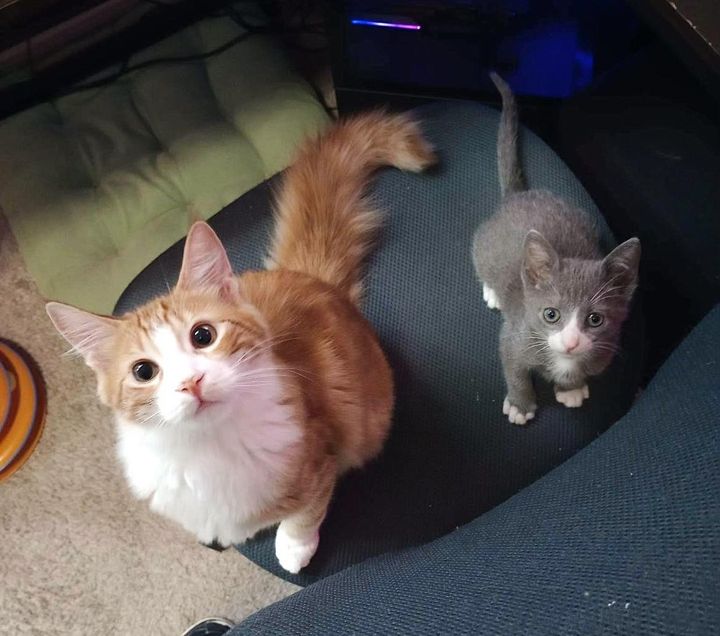