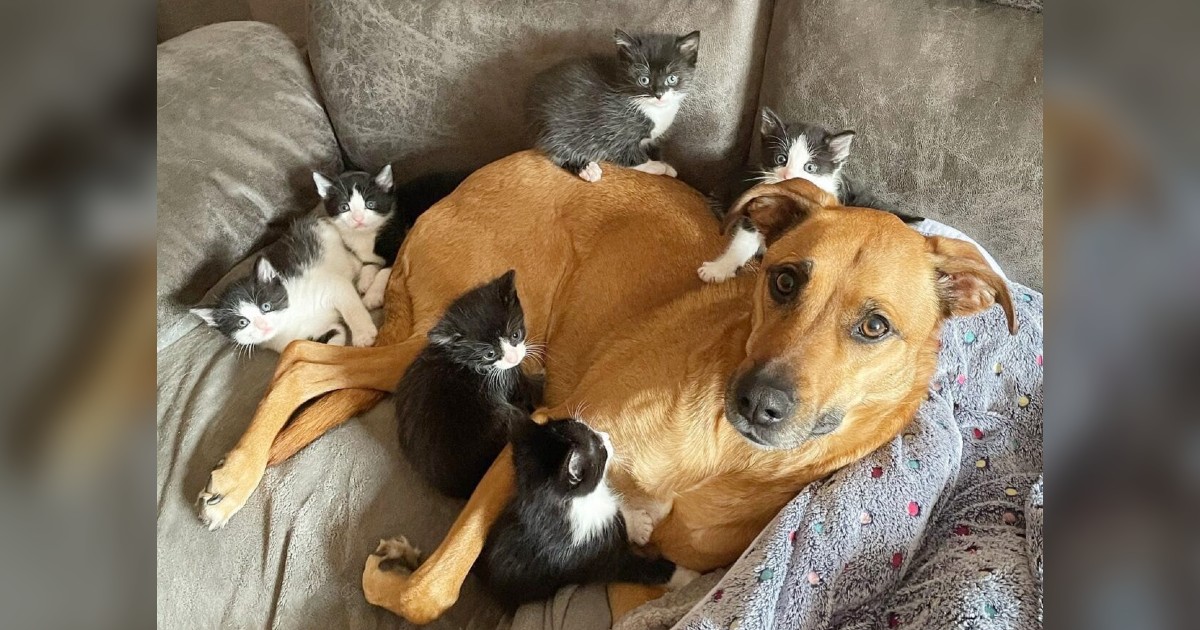 Mama cat Banksy was perfectly happy being pregnant and out in the wild.

She wasn’t interested in the help of humans and was quite clear about that with her “spicy” demeanor toward them.

She wanted to make sure that Banksy was going to be able to give birth in a safe place. Kim was able to capture the cat, and then she reached out to Karly and Katelyn Saltarski of Salty Animal Rescue for their assistance with fostering her.

The more time Banksy spent around her rescuers, the more comfortable she became.

And her rescuers were pretty thrilled about making sure that she wouldn’t be allowed to have any more babies and that her babies wouldn’t have babies either.

A few days went by before Banksy gave birth to seven beautiful and healthy tuxedo kittens.

And, in perfect Banksy fashion, she did it on her own terms. Or out of pure kitty spite.

Karly left the house for just an hour and a half, and Banksy chose to have the kittens then. Plus, she also chose to have them in her litter box rather than the birthing box Karly put together for her.

When Karly arrived home, she helped to get the babies clean. She then moved everyone into a softer, warmer area where Banksy could nurse her babies. She named them after prominent artists: Warhol, Frida, Pablo, Mona, Monet, Bob Ross, and Dali.

Karly was glad that Banksy had them in a comfortable and warm spot inside. She did everything she could to help Banksy.

It’s uncertain if all her babies would have survived had Banksy given birth in the wild.

Nood has served as a surrogate to the babies whenever mom needs a break.

She spends time cuddling with the babies and even licked them clean.

Thanks to the help of Nood, all of Banksy’s babies were healthy enough to be adopted and now live in their own loving forever homes.

But Banksy is still looking for her forever home. The 2-year-old cat still doesn’t like being picked up is becoming more social and used to humans. Now, she’ll even cuddle with Karly.

“Banksy has come so far thanks to her little ones showing her people aren’t that bad. She still gets startled and isn’t super fond of being picked up just yet, but she’s getting better everyday. She’s always relaxing and coming up for loves when I enter the kitten room. She’s full of head bunts and purrs and I know she will make a great addition to a loving family in a quieter home!” Salty Animal Rescue wrote on Facebook.

Learn more about Banksy and other animals for adoption at Salty Animal Rescue here.