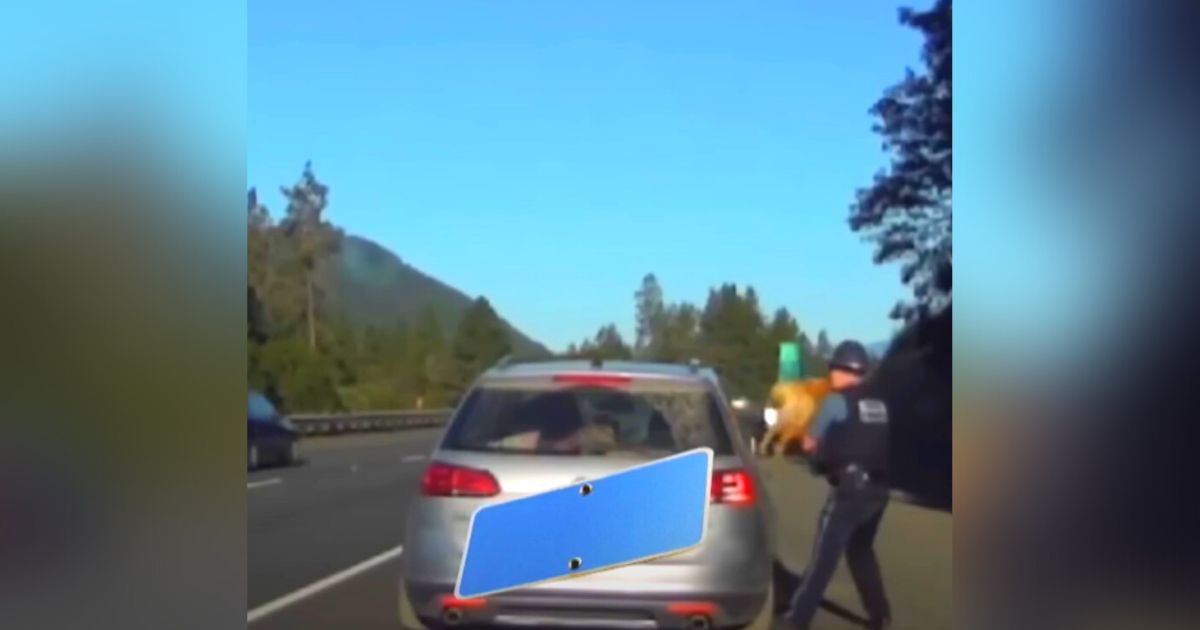 A hilarious Youtube video showed a Golden Retriever escaping for his life when the car he was in got pulled over.

This sneaky furry friend will definitely make your day.

The incident happened in Oregon while Oregon State Trooper Silver was stopping a car that was going a bit too fast on Interstate 5.

Trooper Silver pulled the car over.

As per the report, the driver of the car was speeding with her dogs inside the car. The cop was heard being extremely nice and understanding.

“I get it. Stuff happens. We’re all human, right?” he thoughtfully said.

A tiny pug was riding passenger.

It was as if the pug knew that his dog mom was in a bit of trouble and he decided to give her some help.

In a cute attempt to get Trooper Silver’s good graces, he lovingly licked the cop’s hand. I mean, who could ever resist this cutie?

Or perhaps this dog had done something naughty back at home and thought he was about to get reprimanded for it. We’ll never know, right?

The pug definitely understood the assignment.

Then, as the pug steps down, another dog shows up in the video’s frame. It’s a golden retriever determined to do something even naughtier.

He was about to flee the scene!

It looks like someone else is even guiltier out here. As the police call it, he did “elude on foot.”

Nobody knows how long the Golden Retriever was “planning” it, but it looked like he had been rehearsing it all in his head.

The dog jumped out of the car window so fast.

Everyone was stunned, including Officer Silver.

He must have had human suspects elude him before, but it sure seems as though it’s his first time having a dog try to flee the scene.

The good news is that despite the shock, the cop was quick to catch the adorable “suspect.” Just like a good cop would, he didn’t let him escape.

To the dog’s dismay, he wasn’t even able to make it to the ground to make his run for it.

The dog was returned to the car.

Officer Silver quickly put him back, but this time, to the back seat. The naughty dog’s human must’ve had a mini heart attack throughout the whole ordeal.

As caught in the cop’s body cam, she kept expressing her gratitude for saving the dog while Trooper Silver couldn’t help but laugh.

The “suspect” indeed made his day.

Thanks to Officer Silver’s quick response, the dog was saved from all the bad things that could happen to a dog running on a highway.

We are just glad things turned out the way they did and that we now have a hilarious video to go back to when we need a laugh or two.