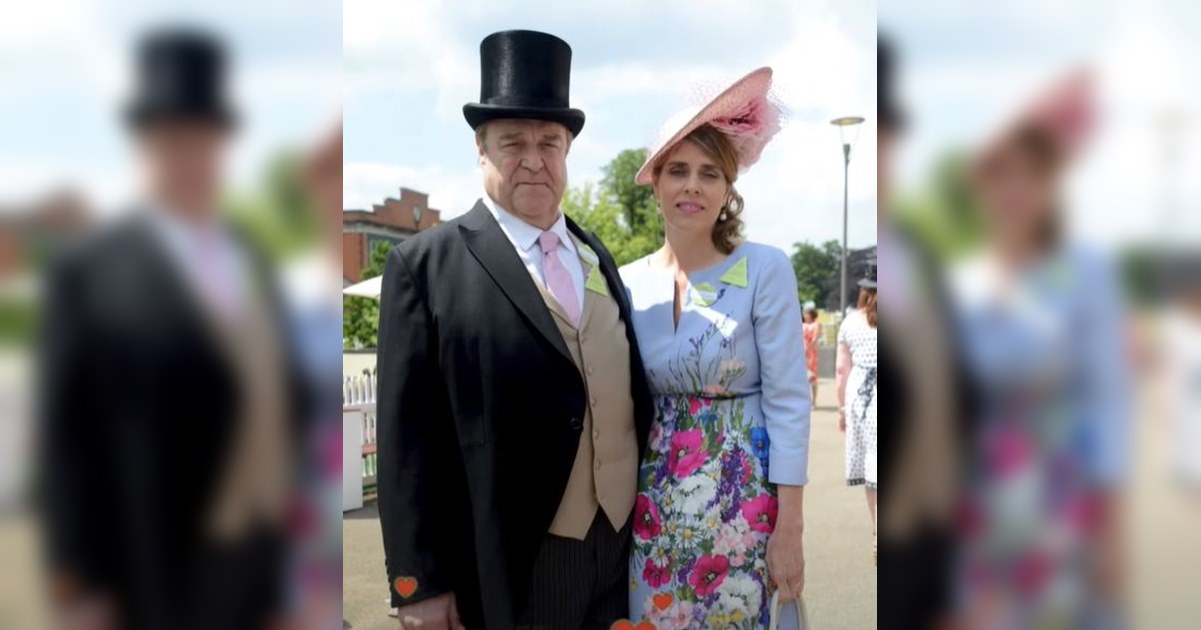 Finding someone who can live with us and accept us through the ups and downs is rare.

Some people find their perfect match, while others are not too lucky.

John Goodman is one of the lucky ones.

He met his wife, Anna Beth, at a Halloween party while filming “Everybody’s All American.”

It was a moment that he will never forget.

In an interview with Elle, John shared how Anna Beth started the conversation that pulled him in her direction.

The actor was wondering how someone as attractive as Anna Beth would take interest in talking to him.

After their initial meeting, John admitted to stalking Anna Beth from a long distance.

Their simple conversation at a music club turned into something more and eventually, the two found themselves preparing for their wedding.

John proposed to Anna Beth on the banks of the Mississippi River.

The couple had been expecting the engagement somehow and they went to a jewelry store to buy a ring before going into the water.

The duo tied the knot in 1989 and a year later, the two welcomed their first child, Molly Evangeline.

Raising kids while being a celebrity is challenging, and because of this, Anna Beth and John wanted to keep their kids away from the limelight.

The Goodmans built their home in New Orleans.

Just like any other couple, the Goodmans had their own ups and downs.

One major hurdle they had to face was John’s alcoholism.

He had been struggling with alcohol and had even admitted to drinking while on set.

His face would be red and his speech slurred whenever he was drunk, and this was not deceiving anybody around him anymore.

The couple fought against John’s addiction to alcohol, which at one point, almost took the actor’s life.

He shared an incident in another interview about how he woke up one morning and was shaking.

John got scared knowing that he might be in need of medical attention that day.

He called his wife, even though it meant finally surrendering to his alcoholism, to help him because he was worried about his well-being.

He dialed her number and told her he was shaking.

The woman he chose to marry did what she had to do. She answered the call and did everything to help John.

He was brought to a treatment facility and was eventually cleaned of her alcoholism.

Anna Beth and John had a better relationship, and John found his way back to health.

John removed alcohol from his diet and focused on eating healthier.

He also began to work out to achieve an ideal body weight for himself.

He was serious about getting better and his beloved wife was there with him every step of the way.

By the end of his weight loss journey, John was able to lose about 100 pounds and gain confidence and happiness.

Now, with 33 years of marriage, the couple is happily looking forward to many more anniversaries coming their way.

Learn more about John’s alcoholism and the battles they fought together in the video below.

Parents of 12 working multiple jobs to support their family get Christmas miracle from stranger
What do you want to get from your Secret Santa?
0 882