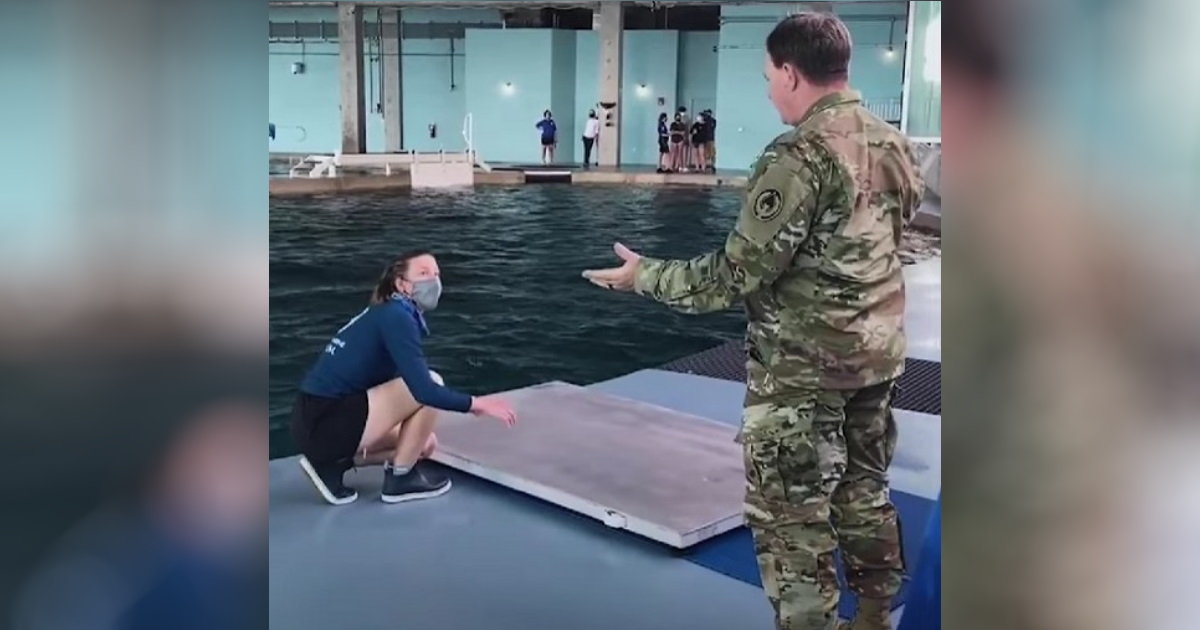 Kat Dalrymple grew up with her father, but he wasn’t always there.

Her father is in the military and has been deployed multiple times since she was a kid. It was one of the hardest things she had to go through in her life.

“I think the hardest part for me was always just like it’s something that he’s not around for… He wasn’t there for my 16th birthday. There were sporting events there, school events and stuff that he missed,” she told Militarykind.

He was recently deployed in Afghanistan as Army Counterintelligence. He said that the most challenging thing about his recent deployment was communication. There were times when he had no means to reach out to his family, and he was not even sure when he could talk to them again.

But in general, he acknowledged how difficult it was for a father not to be there for his child.

Gerry said that in his line of work, he mostly missed the events and opportunities to be with his child. The saddest part was he knew there were lesser chances to make up for it. Lost time is lost time, after all.

So, when he got the chance to go home, he wanted it to be special.

Kat is currently an intern at Clearwater Aquarium in Georgia, Florida, and this gave Gerry an idea to surprise her there. He coordinated with his wife and Kat’s bosses to pull off the surprise. They were all in it, and so the big day came.

Kat’s bosses thought of something that would make it less suspicious.

They told her they would be filming their training with the dolphins that day so they could sit down during their next meeting and see what could be improved. Pretty convincing, huh?

But Kat suspected something was up when they gave her the instructions.

One of the bosses instructed their staff to send the dolphin over to Kat and told Kat to turn around. This brilliant intern knew right off the bat that those instructions were weird.

“I was like… what do you mean ‘turn around’? In my two years of animal training, the biggest thing they’ve always been like is do not turn your back on the animal,” she said.

At that moment, she followed the instruction anyway… and got the biggest surprise when she turned.

Right behind her was Gerry. She was shocked, wiped off her tears, and finally met him with the tightest hug. There wasn’t a dry eye in the room as they witnessed the heartwarming reunion.

Kat was given the day off, but the proud father had something else in mind.

He asked if Kat could stay behind and work as usual, especially the part when she would give a speech about how to train the animals. Gerry wanted to witness his daughter grow into the woman she dreamed of becoming.

It was a happy day for the Dalrymples, and we could say the dolphins felt the same with their cheerful leaps.

In a rare public appearance with his girlfriend Alexandra Grant, Keanu Reeves appears positively radiant.
Actor Keanu Reeves has long been considered to be a
0 114