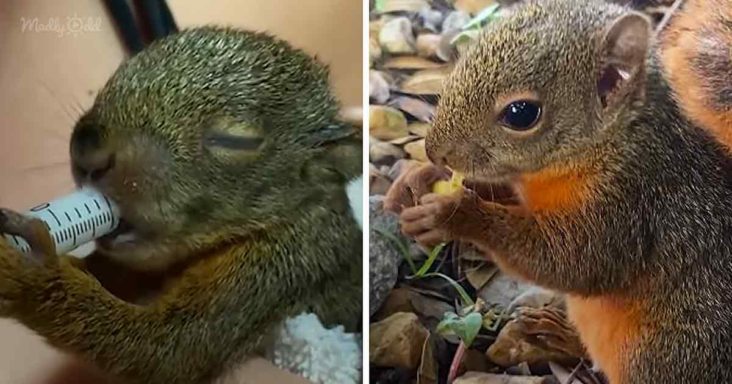 Alexandra lived in Valencia, Venezuela with her husband. Once she was at work a security guard called and informed her about an injured squirrel (later named Alvin). The little one had an injured leg and his nose was bleeding. 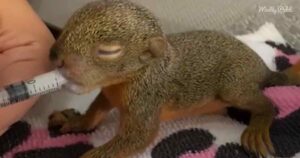 Alexandra took him home and started attentive care. The little squirrel needed to be fed every two hours. Alexandra woke up at night and fed the baby with a milk bottle for two weeks. After two weeks Alvin opened his eyes and began to explore the world. 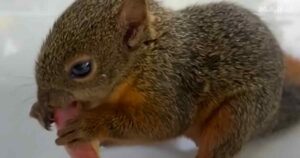 She was very curious and explored everything he saw around him. But as soon as he saw Alexandra he ran to her and climbed up on her. Alvin was never caged and spent all his time either exploring his surroundings or having fun with his rescuer. 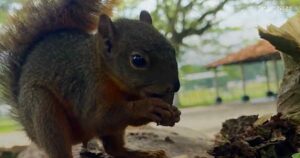 But when the time came Alexandra released Alvin into the wild. Now the squirrel lived in his natural habitat with his female companion.