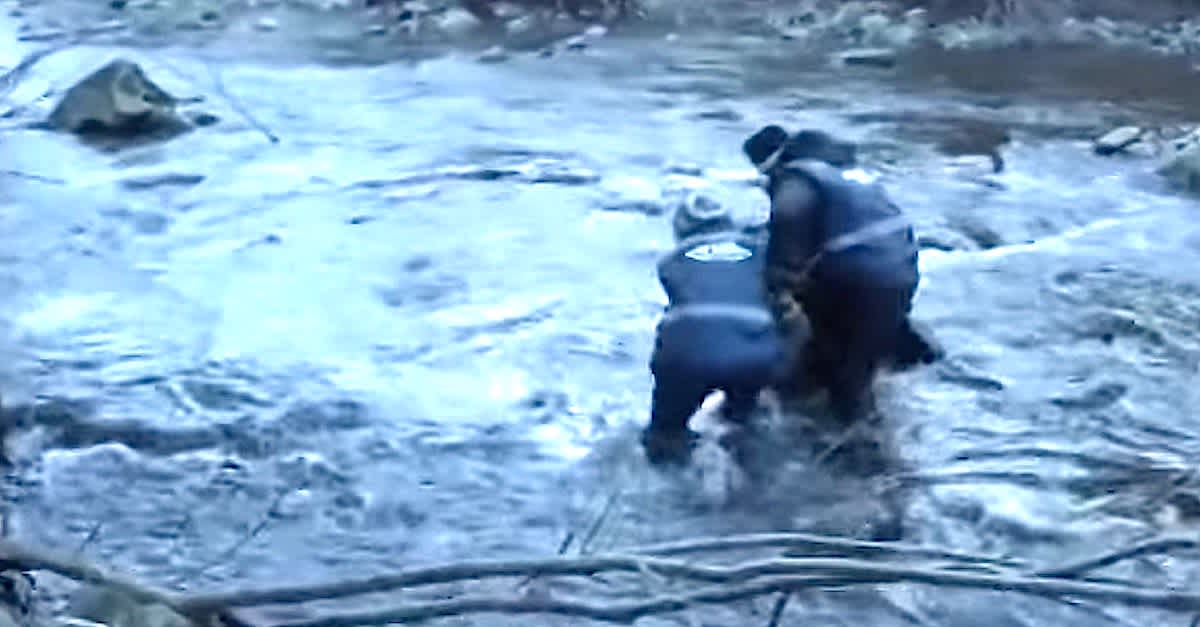 A severely injured wolf was rescued from the icy waters of the Limentra, in Camugnano, Italy. He was in a state of hypothermia and appeared close to death when rescuers came to help him. Not only was the wolf malnourished, his hind limbs were paralyzed and his body was riddled with 35 lead pellets.

Police and conservation officers from the Monte Adone Centre for Conservation and Research of Exotic and Wild Fauna first tranquilized him in order to safely get him out of the water.

His heart stopped as soon as he was pulled from the freezing river, so the rescuers fought to revive him. Finally, they successfully got him breathing again.

Named Navarre, the wolf was brought to the Monte Adone Centre for emergency care. He received two weeks of round the clock intensive care and miraculously, he was able to walk again. This video is just incredible.

After this video was taken, Navarre went to a sanctuary to recover. He spent several months at Il Centro Tutela e Ricerca Fauna Esotica e Selvatica – Monte Adone being looked after by a dedicated team of veterinarians and volunteers. Although he recovered enough to walk and he enjoyed life at the sanctuary his health took a sudden downturn and he suffered a thrombus embolism.

One of the volunteers at the sanctuary where Navarre stayed wrote [transl.]

“I think there are no words to describe what we volunteers of Monte Adone experience every time an animal does not make it, especially after we both worked so hard for his recovery, for his care and for his rehabilitation.

“This is the reality of the recovery centers, every day you have to deal with life and death, often caused by man … but for an animal that does not make it, we know that there is one ready to go free and it is when this happens that we understand how all the accumulated experiences are really useful and valuable…

“Now we just have to learn from this incredible experience the teachings that this wonderful animal has given us. We will continue to carry forward the “Wolf Project,” more certain than ever that this species deserves to be protected, known and respected. [We are] stronger having had the privilege of learning from them, aware of how much we still have to learn about these beautiful animals … this is also why we are grateful to Navarre.”