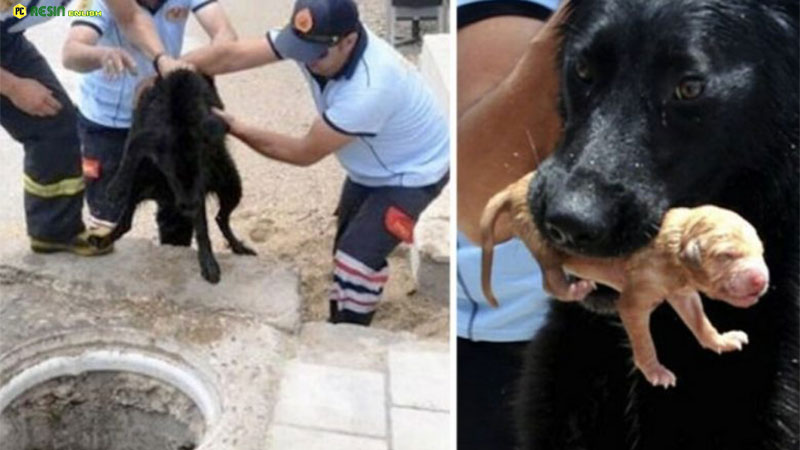 Not all heroes wear capes and it is proved by one mama dog. She heroically rescued her puppies stuck in the drainage canal with the help of the firefighters, writes pintiks

The incident took place in the town of Bodrum in the Turkish province of Mugla. There a local named Erhan Erol called the firefighters when he saw the puppies stuck in the hole. The hole was slowly getting filled by the seawater. When the firefighters reached the spot, they first stopped the water from rising. Then they tried to reach the puppies to take them out. But it was not possible for them to rescue the puppies.

They felt helpless and looked around. They saw a mother suckling another puppy nearby. The puppy looked exactly the same as the other puppies stuck in the hole. So they called the mama dog to help them. Many people gathered and watched the scene. The people cheered every time the mother pulled a puppy up to safety. The rescue work continued for an hour.

Within an hour, the puppies were taken out of the drain hole and all of them were safe. They were reunited with their mother and were suckling by her side. Really it was a heroic act by the mother dog and firefighters which saved the lives of the puppies. They were hailed as heroes by the locals.