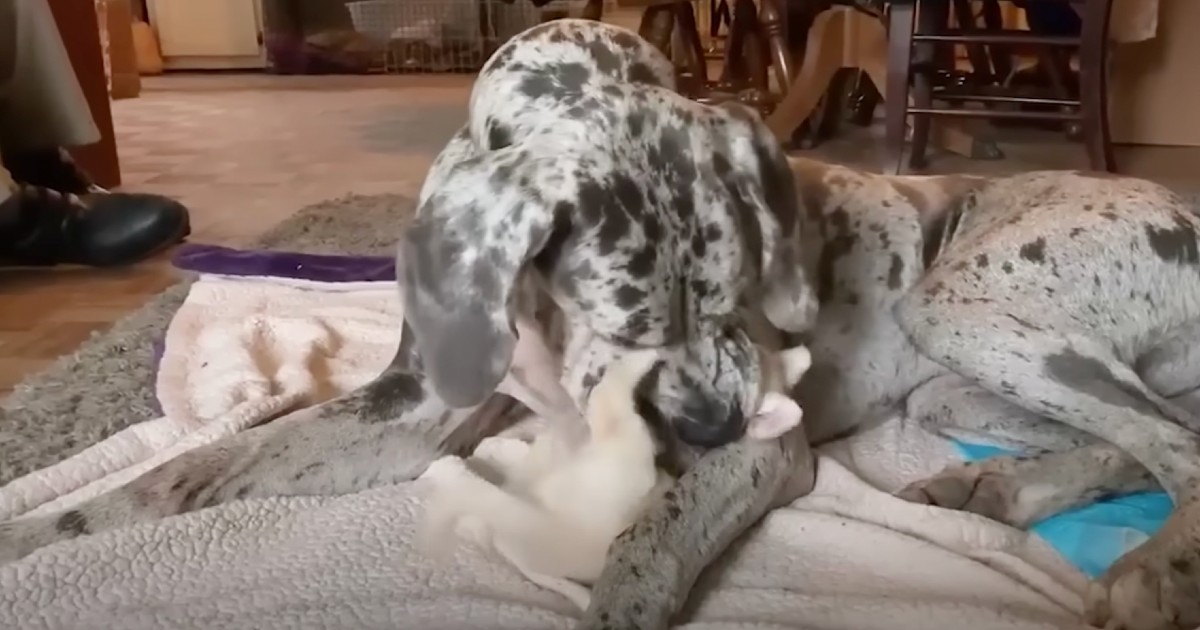 Every one of us has a purpose.

Realizing this purpose gives meaning to our lives. It would be one of our greatest achievements if we could fulfill our purpose.

Animal rescuers put time, effort, and love into rescuing and giving animals another chance in life. They act like parents to puppies and kittens that were abandoned.

Everything they do, they do with love. From feeding them, maintaining good health, and showing them how to live the best life as puppies and kittens.

But did you know people aren’t the only ones who can do these types of volunteer work?

Our story starts three years ago when Shirley Zindler got news about an eight-month-old Great Dane puppy.

Her family surrendered the pup and was staying at a California shelter and she had health issues.

Shelby, the puppy, was in terrible condition.

She was nearly blind and was suffering from chronic pain. At just eight months old, the poor puppy was going blind.

After four surgeries, they were able to restore part of her sight, but the best news was that the surgeries relieved her of the pain she was feeling.

What they didn’t know was that Shelby will be a special part of her team, and will forever change how fostering works in their loving home.

Shelby weighs 120 lbs, but she was so gentle, not just to her peers, but to every foster puppy or kitten brought to the shelter.

According to her profile, Shelby would be one of the first dogs to greet the foster babies.

Like a caring mother, she would be present when they are being fed, and she would clean them too.

It doesn’t matter if it was a cat or a dog. Shelby cared for them and love them like her own.

Now, seeing her size, many would be worried that she might hurt the tiny babies, especially seeing her put her entire mouth on each pup or kitten, but she doesn’t hurt them.

She’s so gentle that it’s her way of kissing and showing them that their Aunt Shelby was there for them.

Shelby would check on the babies on her own and spend time with them. The love she was showing them helped a lot.

As soon as the foster babies get a little bigger, they show their playfulness, and their playmate? None other than Shelby!

They would bite her jowls and hold on, but the loving Aunt Shelby would just remain calm.

Seeing Shelby just sitting on one spot while puppies climb over her and try to bite her, you’d be convinced she was born for this.

Aunt Shelby had already interacted with dozens of kittens and hundreds of puppies.

According to Dogwood Animal Shelter, Shelby made their organization more special.

It’s nice that human volunteers love and care for these foster babies, but Shelby helps them in another way.

According to her profile:

“The love and lessons that Shelby provides to our youngest Dogwood puppies and kittens are so important for their development and socialization.”