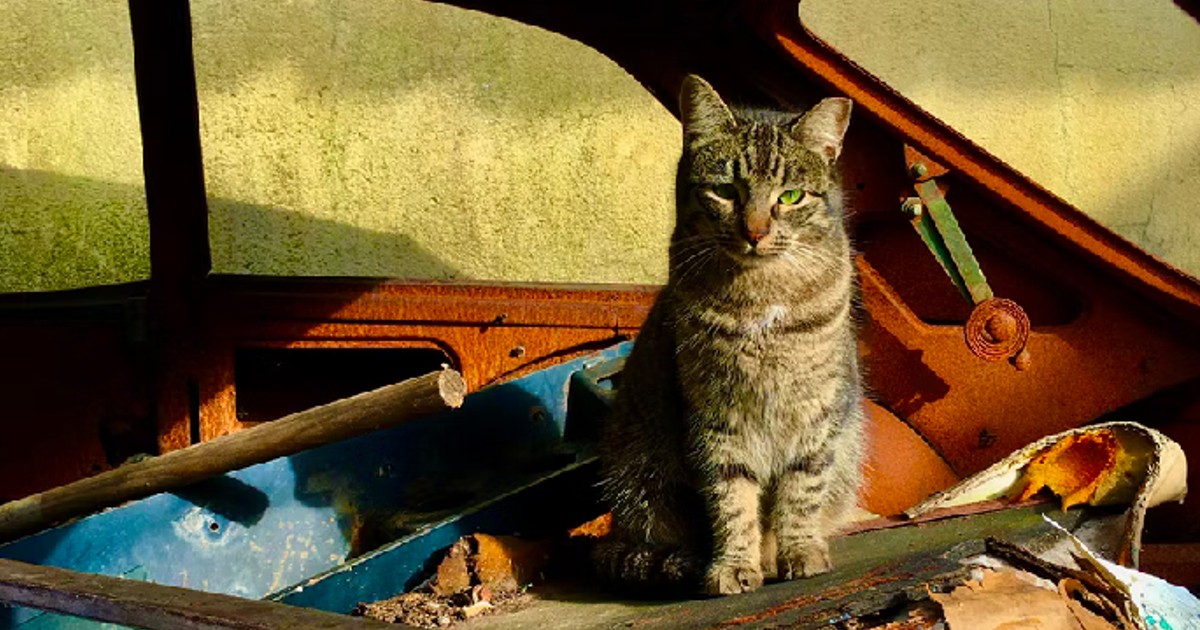 One of the worst, most heartless places to abandon an animal is inside a garbage bin.

Many things could go wrong if someone abandons an animal, especially the small ones, inside a bin.

It will be very difficult to hear and rescue them if they are inside such a space. And can you imagine the unfortunate outcome if a garbage collector would throw everything in the bin inside the truck without checking twice?

Animals don’t deserve to be abandoned at all.

While there are logical explanations for why someone would need to rehome an animal, it would be best to surrender them to a shelter or ask people to foster or adopt them.

It is heartless of someone to leave them out on the street or dump them inside garbage bins, scared and defenseless. No animal deserves that kind of treatment.

For this garbage collector, this is not a rare occurrence

TikTok user @TurboTerry77 works as a garbage collector who went viral because of his conscious and kind act while doing his job. And while his profile would say that he is an “average garbage collector,” we believe what he did was beyond average.

He was doing his usual collection rounds when he thought he heard a tiny squeak among the trash he had just thrown in. He decided to stop the truck so that the trash won’t be pushed into the packing blade.

That’s what he captioned his TikTok video with an angry emoji – and he should be. When he heard the squeak, he went behind the truck and saw a plastic bag was moving.

He saw not one, not two, but THREE kittens! They looked hungry, scared, and clueless about what was happening. He took all three kittens inside the truck and took them home.

His video reached 13.2 million views, and those who saw this were all appalled, like Turbo Terry. Indeed, these kittens shouldn’t be in the garbage!

People were quick to jump in and offered any sort of help.

Most people sent in cash donations so he could use them for their food, toys, litter, and even for vet checkups. Others showed their support and gratitude for this kind man who went out of his way to help those poor kittens.

He posted another video as an update, and people were happy that all three kittens were safe and doing well. His daughter even carried them lovingly! What a beautiful and loving sight.

Turbo Terry posted another video three days after to share the good news.

He narrated to his followers what transpired that day and how often this happens in his line of work. He hoped that by sharing his story, he could raise awareness that these things happen.

He also shared some good news he found a foster home for all three kittens. The home had a mama cat who had kittens the same age as the ones he found. Luckily, the mama cat took the three kittens and cared for them as if they were her own.

If it weren’t for Turbo Terry, those three kittens wouldn’t have a chance to live. Check out a video about the kittens below.

In a rare public appearance with his girlfriend Alexandra Grant, Keanu Reeves appears positively radiant.
Actor Keanu Reeves has long been considered to be a
0 146