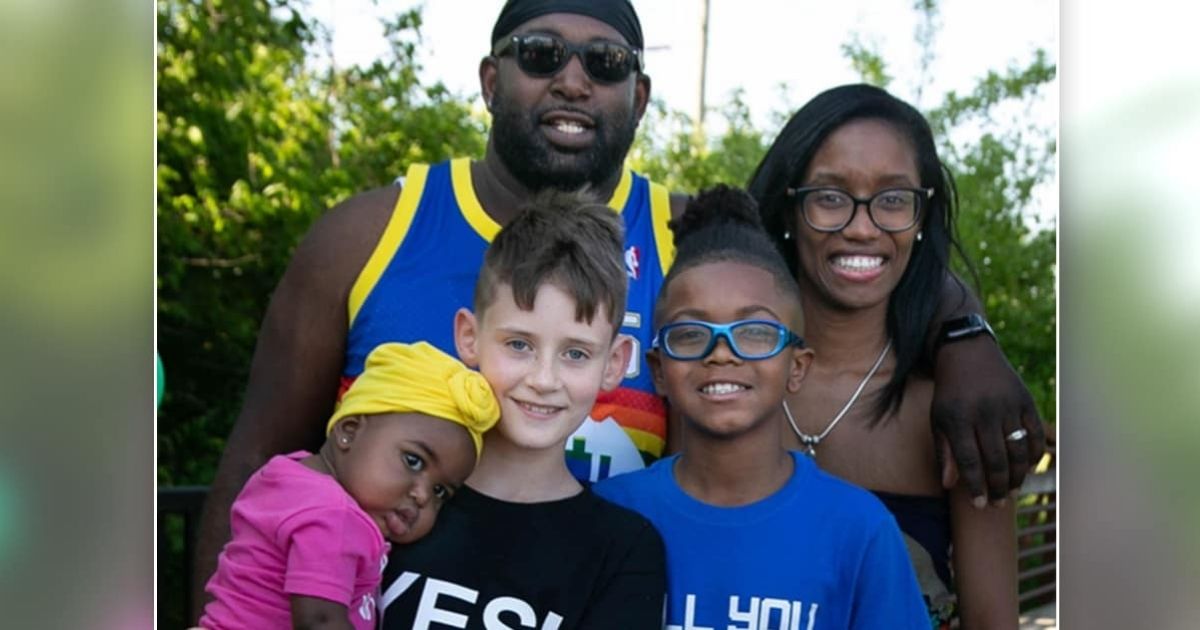 Andrew, from Nashville, Tennessee, was 12 when he found his new family. He had been in state custody since he was 6 years old. All four of his siblings have been adopted but it wasn’t as simple for young Andrew.

In 2018, Dominique Gill and her husband, Kevin Gill, welcomed Andrew to their home. The boy was just ten, which meant adjusting was much more difficult for him.

“During his first week with us, he sat in his room with the door closed and looked at old pictures. He didn’t want to talk,” Dominique told TODAY Parents.

Dominique and Kevin refused to give up on him even though he would “scream and behave badly”.

“He’d start shouting, ‘Just let me move out!’ But I refused to give up on him,” Dominique said. “I was like, ‘We are going to get you together.’”

Andrew, after a lot of love and patience from Dominique and Kevin, learned to control his emotions. He soon became close with their son, Joc.

It was when Joc asked Andrew to play video games with him. Andrew agreed and ever since that day, the boys have become inseparable.

“As the years went on, they got pretty close,” Kevin told WSMV. “It’s good to see that bond they have grow over the years.”

Andrew was officially adopted in July 2020 when they asked him if he wanted to be a part of the family.

“They asked ‘will you?’ and I said ‘yeah!’” Andrew recalled.

The Gills were only into fostering. They wanted to help neglected children whenever they could just like Dominique’s parents did. Adopting a child was never part of the plan.

Andrew is now officially a Gill. Dominique does notice the stares the family gets whenever they’re out in public. People are obviously confused seeing Andrew with his new family.

The Gills are black and Andrew is white.

Andrew never had an issue with race. He actually checked the “no preference” box as he was asked about his race preference when it came to his foster parents.

“Love doesn’t have a color. (Andrew) is our son just like Joc is our son,” Dominique said. “He’s a part of us.”

It’s all about the environment where children are raised. They say it’s nature vs. nurture, but there has to be a balance. Children need a lot of love, patience, and support growing up as they sort out their emotions and life’s unpredictable challenges.

Andrew now gets the right amount of care and attention. People can stare all they want but love isn’t defined by race, or religion or beliefs. The Gills found a new son. Andrew found a new home.

It’s a touching story you have to see below!

Parents of 12 working multiple jobs to support their family get Christmas miracle from stranger
What do you want to get from your Secret Santa?
0 832