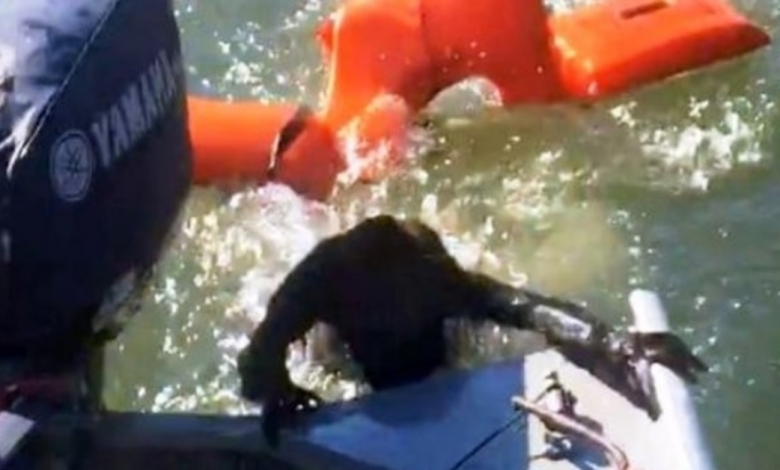 Vacationing man Renato Borella, a sports fisherman, was rowing his boat in the vast river in Mato Grosso, Brazil, with his tour guide, Neco. As the pair approached the wetlands, they saw a black tail swerving agitatedly in the river, writes ilovemydogsomuch

They immediately assumed that a dog was stranded and drowning in the water, so Neco quickly threw a lifejacket to save the creature. 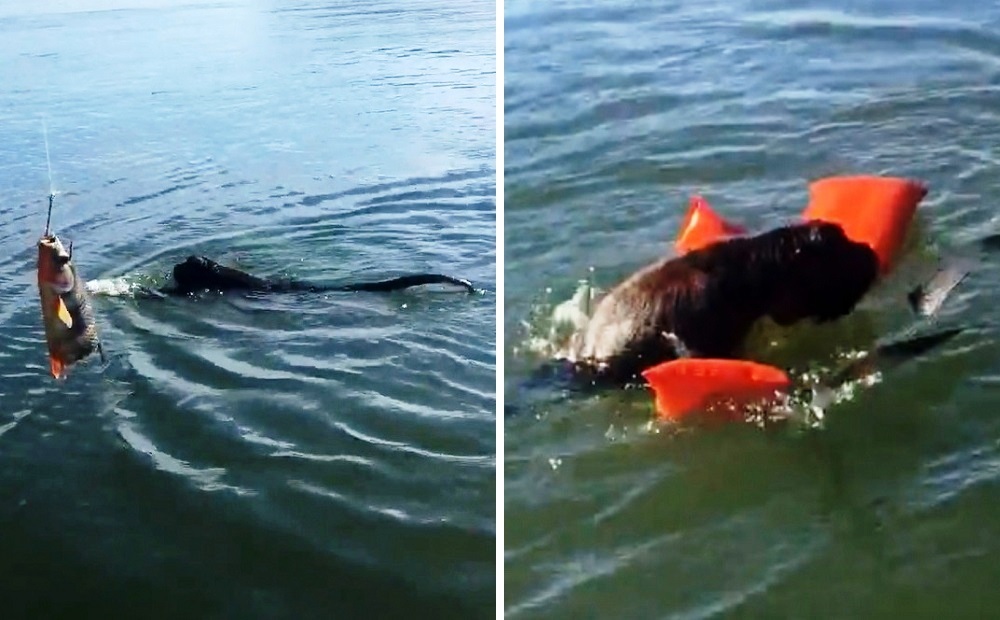 In this video, we see Renato and Neco watching the creature hold on to the lifejacket in a bid to save himself. That’s when the duo observe the drenched animal’s face and realize that he’s not a dog, but rather a monkey native to that region! The native monkeys are known to be vicious and hostile toward humans, but the men decide to push their fears aside and help the monkey onboard! 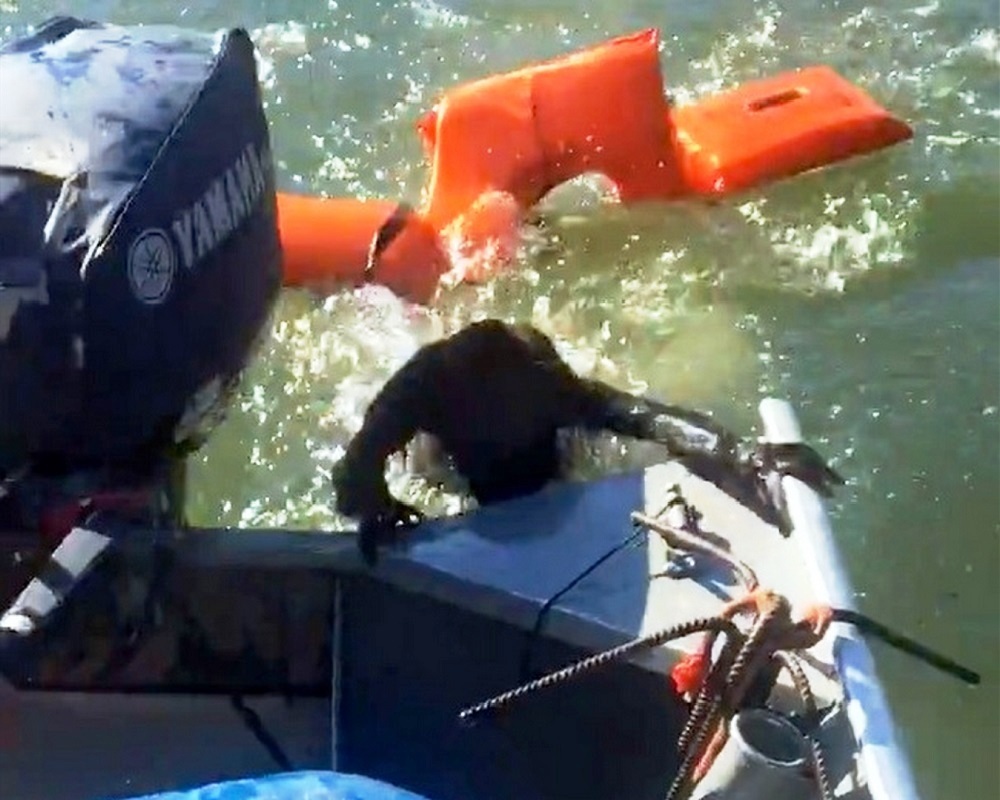 As the brawny monkey climbs up the boat, the men shudder in fear to see his expressionless face. However, the monkey gracefully perches himself on the edge of the boat and simply points toward the local shore. The men understand and direct the boat toward the monkey’s desired destination. 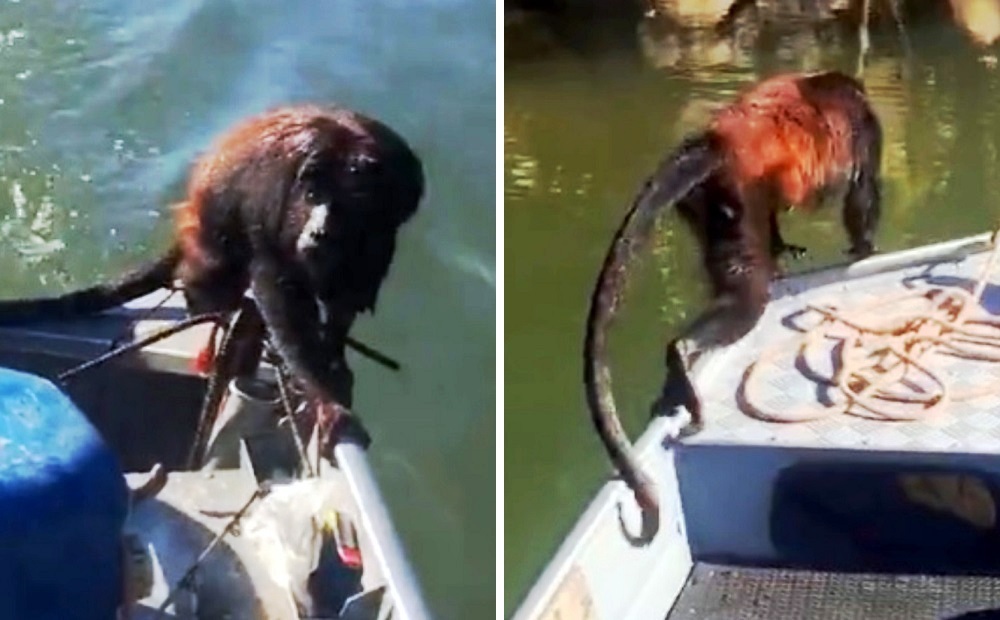 Finally, when the boat reaches the shore, the monkey grabs a tree branch and disappears into the wilderness. The men believe that the monkey was expelled from his troop, which explains why he was wandering all alone. They are touched to see the monkey’s friendly side, and they hope that he never gets in trouble again. We thank Renato and Neco for this heroic rescue!

Click the video below to watch how the brave fishermen rescued the wild monkey despite their fears!