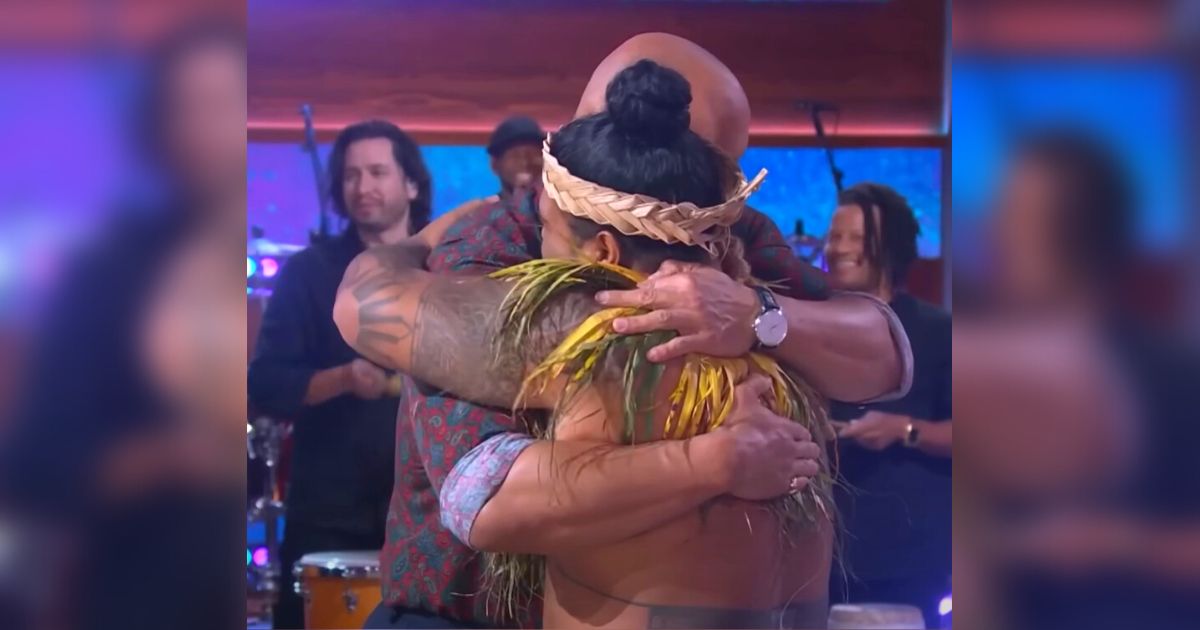 Have you watched Moana?

If yes, then you probably know Maui.

Maui is the trickster, shape-shifting demigod of the wind and sea and master of sailing in the Disney movie, Moana, played by Dwayne “The Rock” Johnson.

Even The Rock’s own daughter loves Maui and sings his song all the time. And she won’t believe her own father sang Maui in the movie.

She finds it hard to believe her dad is Maui.

But did you know there’s actually a person in Hawaii who actually looks like the real-life version of Moana’s Maui?

His name is Mikaele Oloa.

He is a 5-time world fire knife dance champion.

He’s been competing since he was 15 years old and since then, he has been teaching young children about fire knife dance and the Samoan culture.

And he’s also been showing and teaching the Samoan culture to his 1.6 million followers on TikTok.

She heard about his mission and wanted to feature him on her show. And of course, he jumped at the opportunity to show his Samoan culture on national TV.

He gave an amazing performance.

He also explained how he started.

“So, Maugu Mu started in 2006. The first year I ever won the world competition, I was 15 years old, back in 2005. In 2006, that’s when we decided to form our own group so I can continue my journey on learning this culture,” Mikaele explained. “This group is … our way of continuing our journey, pass on the younger kids… This is my way of, not just teaching the kids how to spin a Samoan knife that’s on fire, but also to teach them life lessons.”

It’s rare to find someone so young and so passionate about remembering their culture and making sure other people remember, too.

On his TikTok channel, he teaches different parts of the Samoan culture.

He has different themes.

And there’s one person who is very grateful to Mikaele for using social media to share their Samoan culture.

Can you guess who it is?

That’s right, it’s no other than his fellow Samoan, Dwayne “The Rock” Johnson.

He came out after Kelly asked Mikaele to show her and the audience a fire knife dance from the 5-time world champion.

Mikaele was incredible. He was so focused but it was obvious from the smile on his face that he was having fun, too!

We could definitely watch him do that all day.

Kelly loved it and she said it was the best “rock-and-roll” show she’s ever seen. And then Kelly gave him the biggest surprise.

“We have a staff member here who’s a big fan of yours and really respects your culture and would love to say hi, would you like to meet him?” Kelly asked Mikaele.

Then The Rock joined them onstage.

He came out from the back of the audience and went on stage to give Mikaele a hug.

Then The Rock told Mikaele that he is giving him, his family, and his students free IMAX tickets to watch Black Adam back home.

See Mikaele’s amazing fire knife dance and the warm embrace he got from The Rock in the video below!

Parents of 12 working multiple jobs to support their family get Christmas miracle from stranger
What do you want to get from your Secret Santa?
0 866