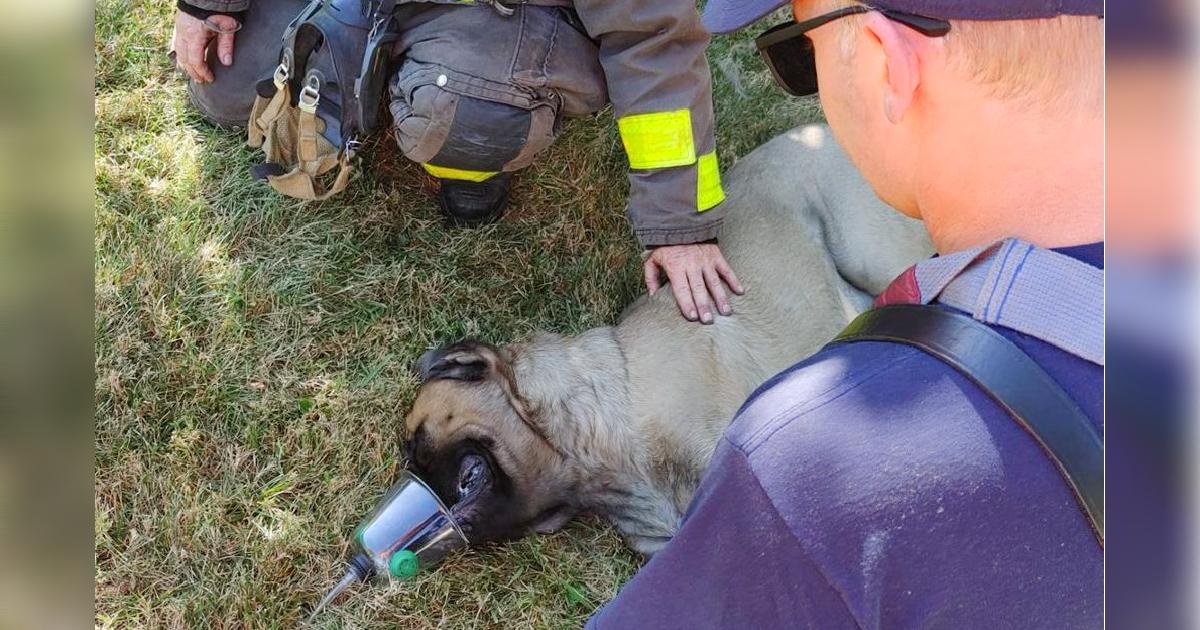 It is the fire department’s priority to save humans first whenever there is a fire incident. They also prioritize putting out the fire so it won’t spread and damage more properties. However, especially in most American homes, pets would often be involved.

With that prioritization in mind, firefighters always do their best to save any pet inside the home on fire. This is why we often hear heroics of these firemen who saved a dog or a cat left behind because no one would ever want to see a pet die in a fire.

In late September, the Des Moines Fire Department in Iowa received a fire alarm that started in an apartment building. The firefighters immediately rushed to the scene to help the family and put out the fire in their home.

It was when firefighter Malcolm Cortner saw a mastiff inside the apartment building. He knew he could leave the poor dog behind; he didn’t have the heart to do that. So, he decided to take their mission further by going out of his way to save the poor dog.

Malcolm was able to pull the dog out of the fire and called Animal Care and Control to the fire scene. He saw that the dog was not in its best shape and might need some medical help. After all, he came from an enclosed space full of smoke.

The rescuers placed an oxygen mask on the 16-month-old mastiff and were able to revive it. However, they recognized that the dog was in bad shape indeed and might need some expensive medical treatment so it would survive

A matter of life and death

Heartbroken by that information, Malcolm called the owners and told them the sad news about their dog. The medical team working on the dog’s case said that if they could not cover the medical expenses, the other option was to have him euthanized.

Sadly, the family decided to have him put down. This did not sit well with Malcolm. He knew that this dog deserved to survive. That’s when he decided he would take care of the dog himself.

Malcolm stepped up and covered the mastiff’s medical bills. He promised to make sure he was in the best condition and adopted him when he fully recovered.

Malcolm requested the department if he could take in the dog and have him as his new best friend. After all, he was the hero who saved the poor guy, ensured he continued to live, and gave him a fur-ever home he deserved.

The department granted his request and congratulated him on his new buddy. Malcolm renamed him George. The City of Des Moines also commended on a Facebook post how the firefighter’s effort to save and help dear George spoke for itself. He looked healthy and happy, thanks to his hero, who did not give up on him.