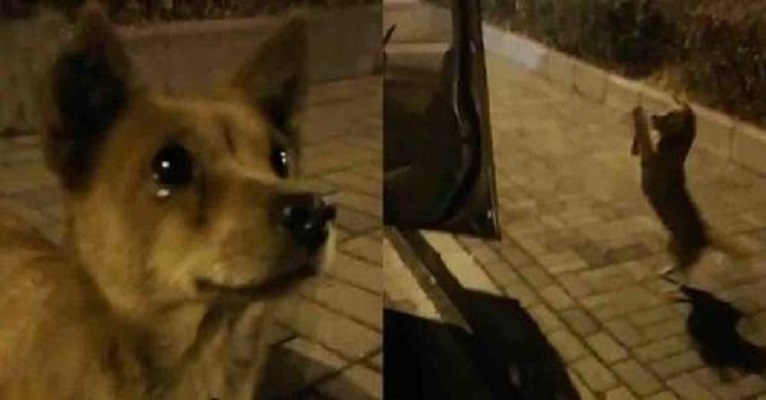 The poor dog was found eating near a park in Jinzhong, in China’s Shanxi province, in early December. Out of love for the orphaned animal walking in the cold wind, the woman prepared a sausage to feed it. As she struggled to unwrap it, the stray dog continued to stare at her. His eyes were bright and its tail moved happily.

The next day, the kind lady, who also shared the emotional video on social media, returned to the park to look for the puppy. 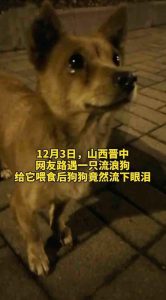 When the dog saw the benefactress from a distance, he happily ran towards her, wagging his tail as if to greet her. He also stood up on his hind legs, held his front paws and bowed repeatedly. He seemed like a human expressing his joy at meeting her. As soon as she brought the food, the dog suddenly broke down in tears. Partly out of joy and emotion, partly out of pity.

Woman Xiaoxiang told the Morning Post: ,,Me and my friends were going to the park when we saw the stray dog. As we fed the puppy, his eyes all of a sudden filled with tears.” 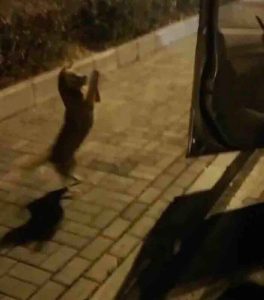 I felt so bad that I wanted to give him a tight hug, but the dog refused to stand still and wanted to jump into the road. 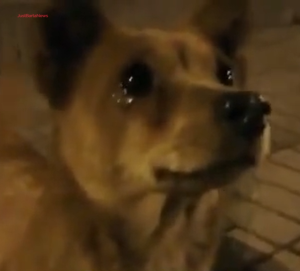 ,,Maybe he’s afraid we’re dog thieves who lure dogs into their cars with food and then take them away to sell.” she continued. Some time later, on December 23, she returned to the park to look for the dog. Sadly he was nowhere to be found.

,,I’ve been looking for a few days. I can’t find the puppy anywhere.” she says, confused. ,,I’ll probably ask the local scavengers.” 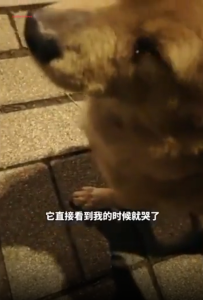 People in Douyin who have seen the clip of the clever dog are hoping he will be found soon. “He is a dog with talking eyes. Please don’t hurt him.” one person wrote. “I hope this dog is not caught.” commented another. A third suggestion: ,,Can someone adopt him?

After recovering a $4,000 engagement ring that he discovered, a homeless man’s life underwent a significant transformation.
As a consequence of one act of kindness, Billy Ray
0 602