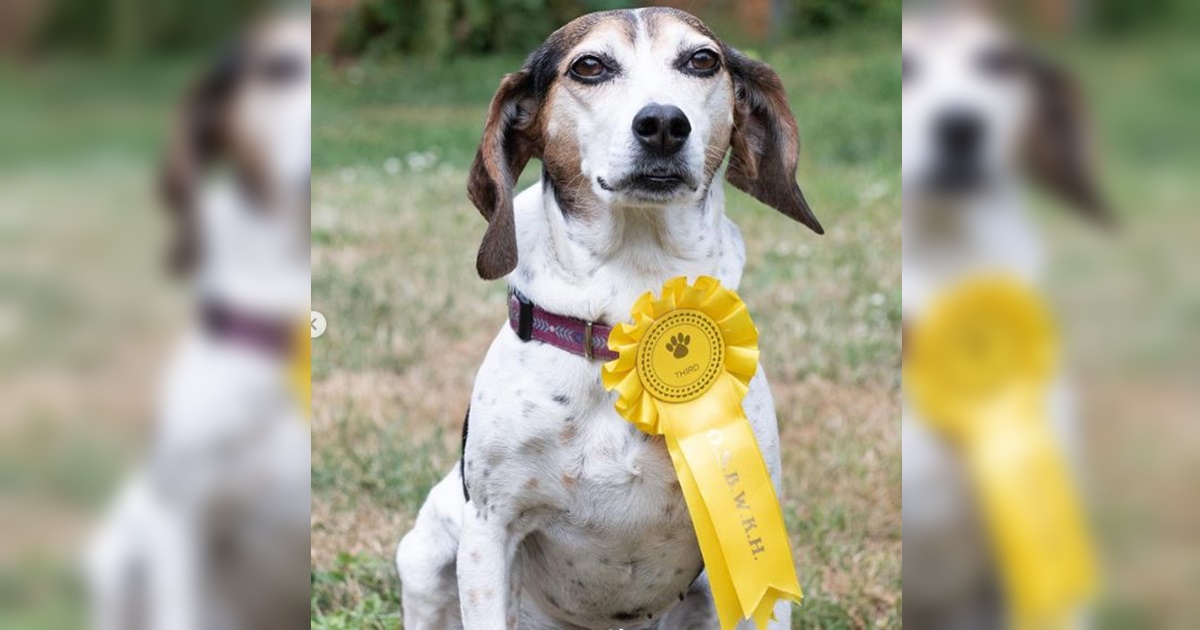 One family almost thought that their beloved Beagle Mix was lost forever. But, what they did not expect was that their dog would come back – and with a surprise for them, too!

Peter and Paula Closier were worried sick because Bonnie, their Beagle mix, had not come home after disappearing on a Sunday.

The dog is five years old, and even though he is a strong and healthy pup, the fur parents are not okay with the beagle running around the neighborhood on its own.

Later that day, their worries were cut when the pup finally came back home.

However, Bonnie did not come back the same way she left. As she ran toward Peter and Paula, the couple noticed that she had a yellow ribbon tied around her neck.

The ribbon said that the pup won 3rd place in a dog show! Perplexed by her award, the couple eventually found out what actually happened.

When he spotted the beagle mix, John Wilmer was on his way to a dog show in Surrey.

He wondered who the dog’s owners were, but he was not familiar with the pup. While on his way to the show, an idea came to his mind.

Since he was about to enter a dog show with his own dog, he thought of bringing the beagle. Who knows if she might win, right? John has two more dogs that he brought to the show.

He was already running late for the show but still had time to post about finding Bonnie on Facebook. He eventually decided to bring her in and register her in the “Best Rescue Dog” category.

And true enough, Bonnie even won the 3rd prize! It almost seemed like Bonnie went out of the house to win.

On the other hand, Peter and Paula chanced upon the Facebook post written by John and were quite relieved to discover that bonnie is in good hands. Later that day, Bonnie came running back to the couple’s welcoming arms, but this time, she had one gift for them.

Bonnie wore the ribbon proudly and her parents are equally proud of her achievement. The fact that they were worried sick still remains, though.

Because of the incident, Peter and Paula are more cautious now when it comes to looking after Bonnie.

Bonnie might be a bronze medalist now, but she could really have a chance to win the gold award next time, right? the question is, will her parents allow her to join the competition again?

Well, if Bonnie could win the 3rd price without much training, who knows what she could achieve with proper practice. This dog has great potential.

I guess, we’ll see if Bonnie gets to have another shot at the show. That is if she goes out of the house with her parents and does not run off on her own!