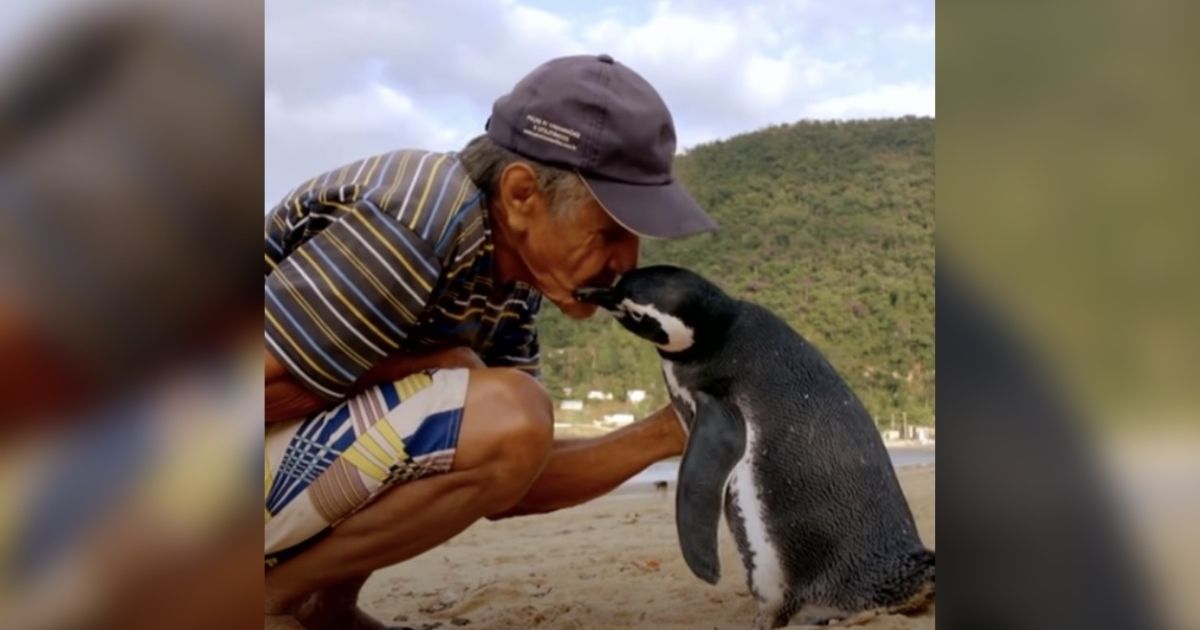 Most of us never forget the person that was there for us in our darkest times. Apparently, penguins don’t either.

That’s why Jinjing, a South American Magellanic Penguin, travels 5,000 miles each year to visit the human that saved him.

Poor Jinjing was covered in oil and was barely moving or breathing. João wasn’t sure if the penguin was going to make it. But the 78-year-old named him Jinjing and was determined to help the penguin survive.

João cleaned Jinjing off and nursed him back to health on a steady diet of fish. Eventually, Jinjing was healthy enough to go back out into the world.

João put the penguin in a boat and dropped him off on an island. But João was shocked later that day when he learned the squawking coming from his backyard was Jinjing.

Jinjing returned and wasn’t quite ready to leave his buddy João behind. So, Jinjing stayed with João for another 11 months.

During that time Jinjing was growing and his coat was changing. He eventually disappeared after all of his new feathers grew in.

A few months later, João heard more squawking in his backyard. Lo and behold, it was Jinjing coming for a visit.

João isn’t quite sure where Jinjing goes after his visits. Some claim he spends his days breeding off of the coast of Argentina and Chile.

Sounds like Jinjing’s got a good life! It is estimated that it’s a 5,000-mile round trip to and from João’s house to the breeding grounds.

But that’s just speculation. Either way, Jinjing never misses a visit to see his old buddy who saved his life. And he does always make sure to greet his buddy with a kiss.

According to Metro, penguins are known to be loyal birds that will travel as far as 10,000 miles in search of food and to meet up with family and mates that they love.

One researcher discovered a pair of penguins who were together for 16 years despite making solo trips of up to 200,000 miles.

“I love this penguin like it’s my own child and I believe the penguin loves me,” says João.

“He lies on my lap and lets me give him showers and allows me to feed him sardines and to pick him up,” João said. “Everyone said he wouldn’t return but he’s been coming back to me every year.”

“Every year he becomes more affectionate, as he appears happier to see me,” João says.