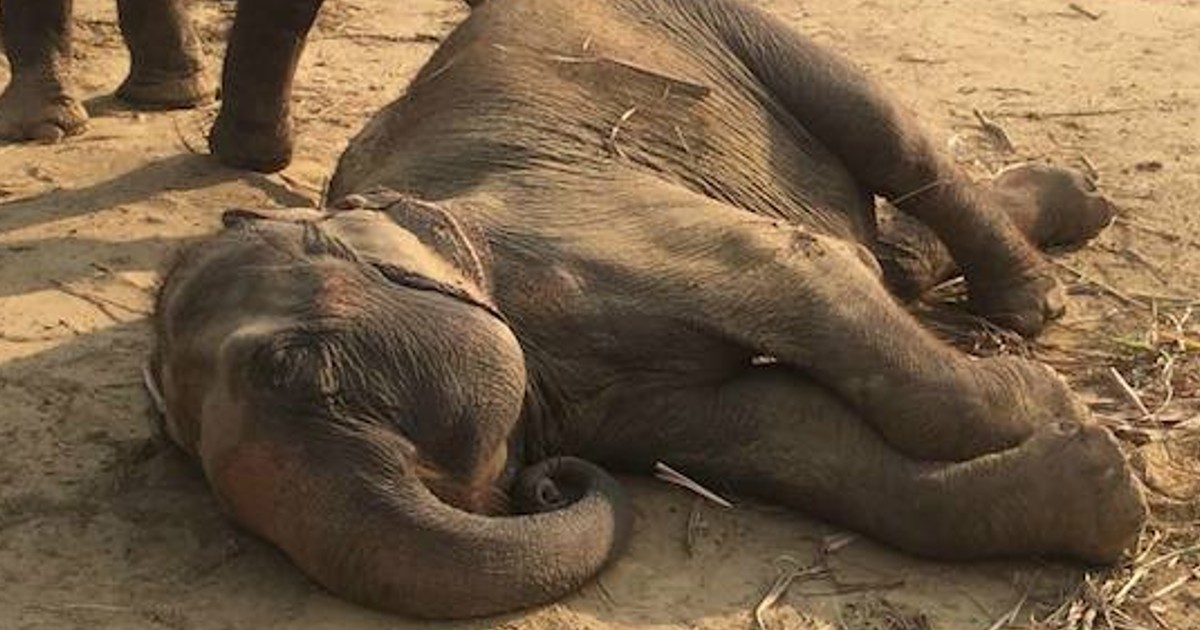 Elephants are famous for their intelligence, unique personalities, and familial bonds. Unfortunately, though, some elephants don’t get to follow their natural instincts and instead are forced to perform for people.

Two circus elephants named Sita and Mia are a good example of this.

Sita and Mia were subjected to a life of abuse in India. They spent half a century in captivity, chained to the ground and unable to move.

Thankfully, the non-profit organization Wildlife S.O.S was fighting to rescue the two elephants, and after 50 long years, the gentle animals were finally able to live the lives that they deserved.

The organization shared the touching rescue elephants’ story onto Facebook, and the pictures truly show how much the rescue means to these elephants.

When Mia and Sita were discovered, it was immediately clear that both of them were suffering from multiple different injuries, especially around their feet.

One one of their Facebook posts, Wildlife S.O.S described the pair’s injuries, alongside some heartbreaking photos:

“Both Mia and Sita have very painful feet. For Sita, her situation is exacerbated by the fact that she has a poorly healed fracture in her front leg that has limited her movement… thus preventing her the ability to lie down and rest. We know it has been at least a year since she has lay down and slept.”

The first thing to do was transport the two elephants to their new home, the Elephant Conservation and Care Center in Mathura, where they could receive veterinary treatment.

It was a long journey, but the two elephants seemed to sense their freedom, and along the way, Sita even seemed to show her excitement by waving her trunk to passers-by.

Once at their new home, the elephants began to settle in quickly, and they experienced a whole lot of different ‘firsts’.

On the first day in her new home, Sita entered a pool of water for what the staff believed was the first-ever time – despite her being over 50.

Mia seemed so content and happy that within minutes of arriving at the center, she lay down and fell asleep, something she probably hasn’t been able to do in a long time. The center described it as “one of our happiest moments.”

“While we don’t know when exactly Mia was last allowed to do this, it’s clear that this is something she has needed to do for a long time.” The center said. “Daily rest is essential for an elephant, but very often they are deprived of this necessity when they are chained on the front and back legs. This was the case with Mia.”

Since moving into their new home, the elephants seem the happiest that they’ve ever been. They now enjoy roaming freely around the center, interacting with other elephants, playing in the sand together and taking a dip in the pool.

“Mia and Sita seem so much happier already,” Kartick Satyanarayan, co-founder of Wildlife SOS, said in a press release. “It’s almost like they sense they are going to get a happier life where they will not be forced to perform in circuses anymore – a life where their aching and painful joints will get the rest and the care they deserve.”

After so many years of struggle, we’re so glad Mia and Sita are finally in a good place where they can relax and enjoy themselves.

Check out a video of Sita taking a leisurely stroll below!