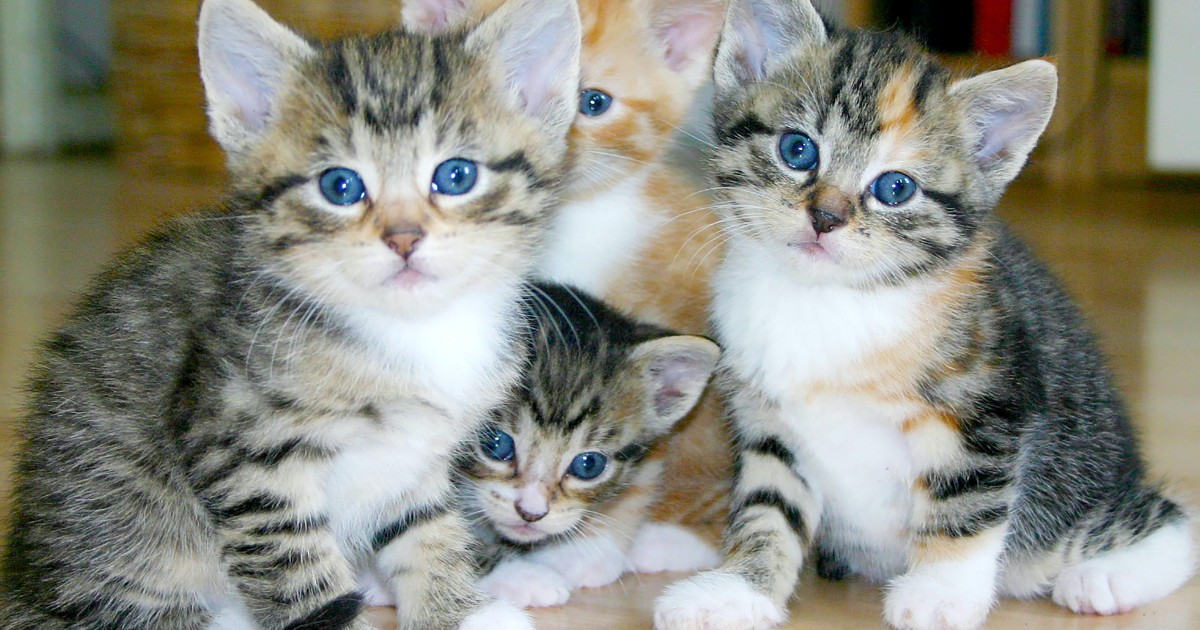 Robert Brantley was heading down the road in his truck in Pioneer, LA when he was “ambushed.” Well, it didn’t start out as a full-on ambush.

Brantley was driving along when he spotted a tiny black, white, and grey kitten in the grass on the side of the road. He stops his truck and pulls over to walk over to the kitten and pick it up as he records on his phone.

“The wife has been wanting a cat for the farm; figured I’d stop and rescue the thing,” he wrote on social media when he posted the video.

“Oh my gosh, there’s more!” Brantley could be heard exclaiming. “I can’t take you all!”

Soon about six teeny kittens were all swarming his feet and meowing at him to save them.

Then even more appeared after running out of the woods along the side of the road.

“I thought I was saving one. Hot diggety dog!” Brantley said.

It seemed like there was an endless stream of kittens appearing out of nowhere.

“Wasn’t ready to take them but couldn’t leave them for dead either. So I loaded them up and brought them home where we’re working to get them healthy and get a good home,” he said.

But getting them into that truck wasn’t easy. Brantley said that he couldn’t keep up with all of the kittens.

Every time he would put one cat in the truck, two would jump out.

“So I had to close the door with the window down and funnel em in,” he said.

Brantley and his wife ended up taking in all 13 of the kittens.

So, they basically have their house set up as a kitten nursery right now.

Two kittens have been adopted so far, while the rest need some more checkups.

Brantley has gotten many requests to adopt the kittens. They’ll all be given new homes once they are healthy enough.

Except for one kitten. Brantley says he plans on giving one of the kittens a forever home. It’s the original cat he had tried to save before the other 12 showed up. He’s already named that kitten “Scout.”

The video of the rescue has been seen more than 2 million times on ViralHog’s YouTube page.

“This is the cutest ambush I ever did see. Attack of the cuteness. Well, he just became a dad of the kitten gang. Love it,” wrote one commenter.

“This guy is an angel. He did end up taking them all with him. I love how the kittens felt safe to come to him for help,” said another.