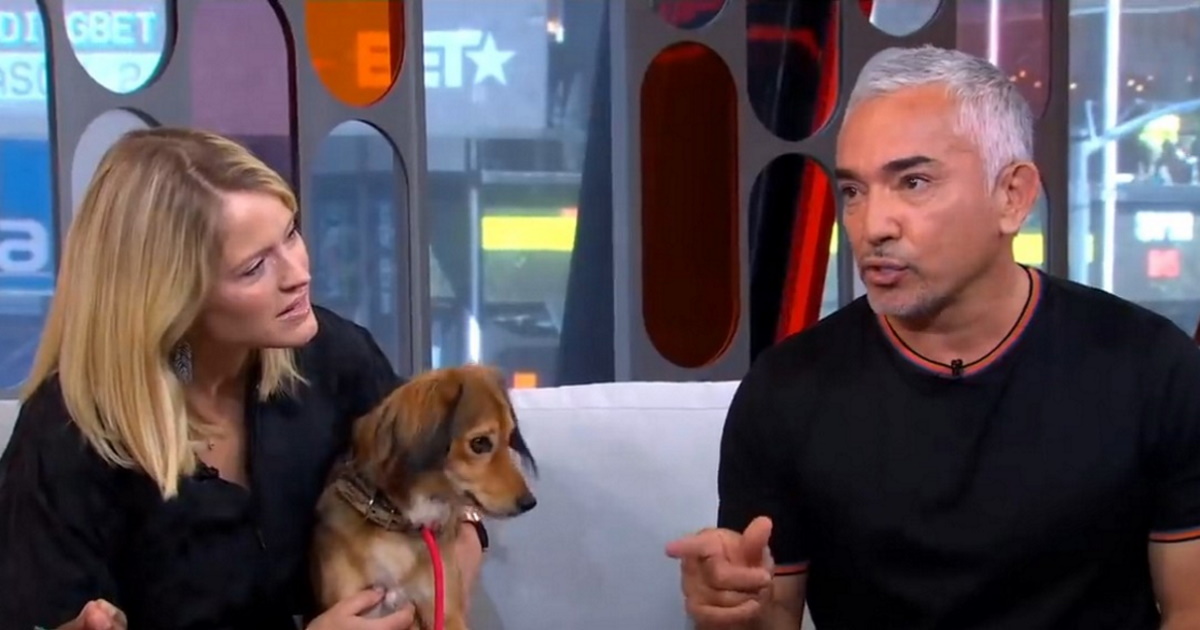 Dog whisperer Cesar Millan dropped by the set of Strahan, Sara & Keke and he has some things to get off his chest about the mistakes we make as dog owners:

Mistake #1: We don’t train ourselves.

“I believe we humans need to be trained, and so it’s not the dog, it’s the human behind the dog.”

In other words, if you’re a piece of smelly goo, then your dog will turn out that way, too.

If you want a pup that grows up to be a good boy or girl, then you have to learn how to behave properly yourself!

And you know what happens when people start behaving badly. Cesar brought up the Pitbull phenomenon, and how they’re the #1 breed reported in dog attacks.

But, have you ever noticed how most of the owners (like dogfighting ringleader Michael Vick) are not the sort of people that you would want to have as neighbors?

“It’s not the breed, it’s not the race who has the problem – it’s who raised the dog.”

There’s a much better and relatively harmless way of letting your dog know that you’re the boss and you call the shots.

Take for example Cesar’s claim to fame, the “verbal La Chancla” which Michael Strahan begged him to demonstrate on the show.

Instead of a flip flop to the head, a snap of the finger and a quick, sharp hiss can stop any dog, kid, or grown adult in their tracks and make them think twice about what they just did (or are about to do).

For some extra emphasis, this is also the part where you would also use your dog’s full legal name to remind them that you’re not happy with their behavior!

But it’s important to remember that being a good leader is also about your attitude.

You have to act like you’re the one in control because dogs can sense when you’re not – and that’s when they start taking advantage of you.

One woman in the audience wanted her older dog to be more friendly with puppies. But, according to Cesar, that’s really not up to us. We might think puppies are cute, but your dog may have a different view.

Elder doggies can get grumpy if a little runt approaches them and starts invading their space. It’s a sign of disrespect.

Mistake #3: Not challenging your dog’s nose.

Another woman in the audience expressed how annoyed she was with her Dig Dug of a doggo. It seems her Australian shepherd and husky mix has a penchant for constantly digging holes in the backyard and she wants it to stop.

Cesar responded by letting her know that “60% of the brain is controlled by the nose” and we don’t challenge their noses enough.

He went on to say that this pooch would be great as a search and rescue dog because it’s already good at using its nose.

Parents of 12 working multiple jobs to support their family get Christmas miracle from stranger
What do you want to get from your Secret Santa?
0 849