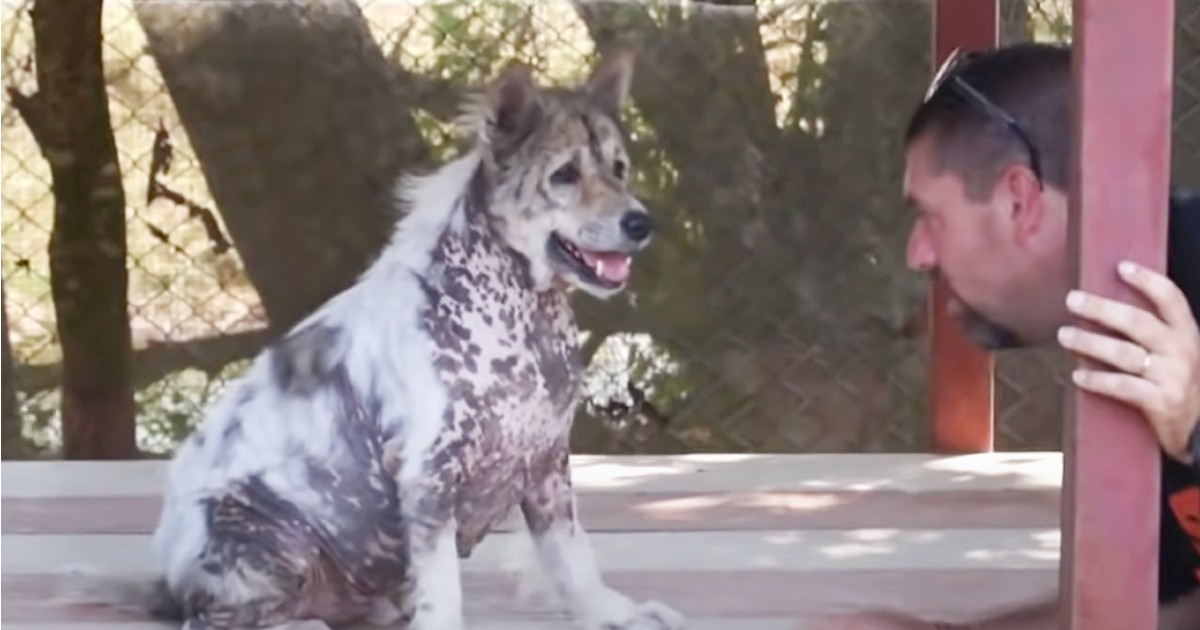 Adopting a pet is giving them a second chance at a better life.

According to the American Society for the Prevention of Cruelty to Animals, around 6.3 million companion animals in a year enter different animal shelters in the country.

Some of these pets are returned to the shelter even with high adoption numbers.

Pets get rehomed because of some problematic behaviors like aggression. However, others said that the attitude of these animals would always depend on the human taking care of them.

It’s sad to think that these animals may get in and out of the shelter multiple times.

All they want and need is someone to take care of them and shower them with some love. They crave that. And the moment they get adopted, it gives them that spark of hope that maybe this one works out.

Dreadlock is one of those dogs whose been in a shelter for quite a while.

He was 10 years old and spent the last four years in Soi Dog Foundation. This nonprofit organization helps stray dogs and cats by taking them to their shelter and offering spay and neuter services to minimize the amount of homeless and abandoned animals.

He was out of shape when they took him in.

Dreadlock had skin problems, and his coat was completely matted and looked filthy. That’s why they gave him that name – because he looked like he had dreadlocks.

Getting all their animals adopted can be a challenge sometimes.

This is why any adoption news is a big deal for Soi Dog Foundation and the pets they have inside.

Their good news for that day was for Dreadlock.

According to the foundation, he was a quiet and calm dog. He didn’t get excited that much and would love some peaceful ‘me’ time with a human, like going for walks and cuddles.

So, when they told him about the news, they were surprised by his reaction.

They approached the dear dog and told him he was about to get adopted. Dreadlock couldn’t contain his joy and went around jumping, leaping, and even doing his happy dance.

You can feel his happiness in him. It was like something he waited for so long and finally got what he wished for. Dreadlock moved to his forever home in the United Kingdom.

There are many dogs like Dreadlock who are getting older inside the shelter.

The best thing we could do is adopt them and give them a taste of a better life during their golden years. We salute these families who are providing senior dogs or cats a beautiful life before they leave Earth.

So, if you’re thinking of having a pet, visit your nearest shelter.