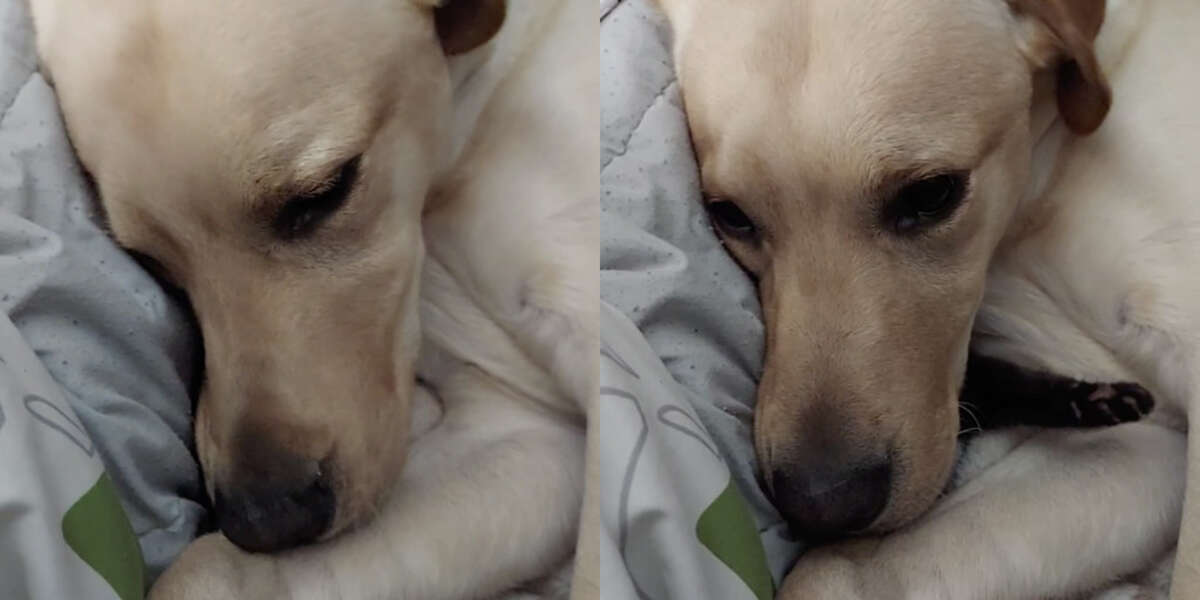 Oftentimes, dogs and cats do not get along. That’s understandable given the fact that they’re different species of animals. It sometimes takes time before they let each other in, particularly to their territory.

But hey, haven’t we seen stories about friendships that were formed between dogs and cats? Yes, it’s actually possible as long as of course, they’re guided by their human parents, and one more thing – if they instantly fell in love with each other.

Good thing, that’s what exactly happened to the cat and dog in this adorable story.

Time to meet the family!

Colleen Harrison and her family are all experienced in taking care of some home pets like dogs, cats, and even a bunny! You expect them to be experts when it comes to home pets so taking in another one shouldn’t be an issue.

That’s why when they adopted a kitten named Casper, they know he should fit into the pack just fine. Usually, it’s their pittie, Minnie, who takes charge of welcoming new home pets, especially the small ones.

But everything suddenly changed when their other dog, Rex, laid eyes on the new little feline.

It was love at first sight!

If you think this only happens to humans, then you’re terribly mistaken. When Rex first saw Casper, he could no longer take his eyes away from the little kitten.

As it turns out, Rex is younger than Minnie. It goes without saying that he has more energy during playtime and it matches the same level of energy coming from little Casper.

The two immediately clicked and they’d spent almost the entire day playing. They were almost inseparable, not until other members of the family (furry or not) tried to play with the kitten.

Whenever this happens, Rex would be upset. He wasn’t too happy seeing Casper goofing around with others.

“At first, Rex didn’t like anyone coming near the kitten,” Harrison told The Dodo. “He was very protective of him. He’s the same way with our children. Anytime the kitten or our kids are out of Rex’s sight or in another room he can’t get to, he just sits close by whining for them.”

To avoid such kind of feeling, Rex tried hiding Casper from the rest of the family!

He sure is a clever dog, wouldn’t you agree? This dog isn’t really a fan of sharing his new furry best friend.

There were times when Rex and Casper were all snuggled up together on their cozy bed, the sneaky dog will try to hide away the little kitten from the rest of the family.

Fuuny because little Casper is always packed with energy that’s why he couldn’t stay hidden that long. The kitten will always wiggle his way out of Rex’s arms, spoiling the dog’s plans.

We can’t call Rex selfish, can we? He just loves Casper so much, as simple as that. Just like humans, he also feels jealous when his dear friend is happy with someone else.

But now, he’s starting to understand and accept that he can’t keep Casper all to himself. Now, he is happy as long as he gets the biggest chunk from Casper’s playtime.

“Rex doesn’t mind others holding or playing with the kitten now, but he does keep an eye on him at all times,” Harrison said.

We are sure that Rex and Casper will create tons of beautiful memories together. And for the sneaky dog, there will be no more hiding the little kitten moving forward.

Watch the video below to see how Rex hides his little friend away from the rest of the family.