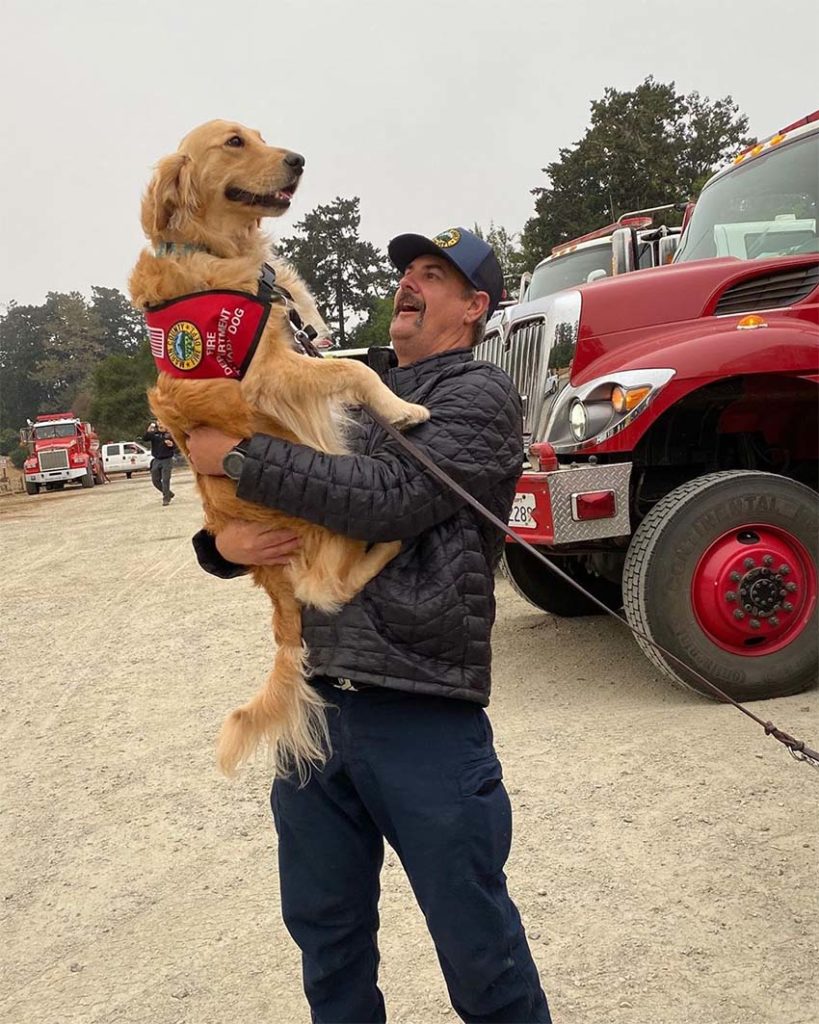 A gorgeous Golden Retriever puppy gives cuddles to courageous firemen in Marin County, Northern California, who are battling the city’s continuing wildfires. Kerith has been recognized for being joyful, helpful, and pleasant with people since she was a puppy.

Kerith, who is now a trained therapy dog, helps her pals at the firehouse by offering emotional support, comfort, and cuddles.

“He adores people so much that when he meets them for the first time, he acts as though they are a long-lost buddy. She never runs out of affection to give to those she cares about.”

Her mother had recommended Kerith for a position as a guide dog for the blind at the San Rafael School for the Blind. However, after 14 months of training, they discovered that her benevolence made her unsuitable for this position.

“He’s far too nice with everyone, which isn’t ideal for a guide dog’s job. A guiding dog must be completely focused on a single human and not be distracted. Kerith, on the other hand, just wants to love everyone.”

Heidi opted to join Pet Partners, a nationwide organization committed to training therapy dogs for society, at that point.

She was invited by the firemen to visit them and give them a decent treatment session after graduation and working at Marin General Hospital. She had been working for a year but had to stop owing to the epidemic.

Kerith had to deal with her feelings of solitude since she missed seeing her friends and being able to provide them with her essential treatments.

“When we couldn’t do anything or see anyone during the start of COVID, I would say I was depressed.” I was simply down in the dumps. I was missing out on what I was supposed to be doing, which was showing love to firemen.”