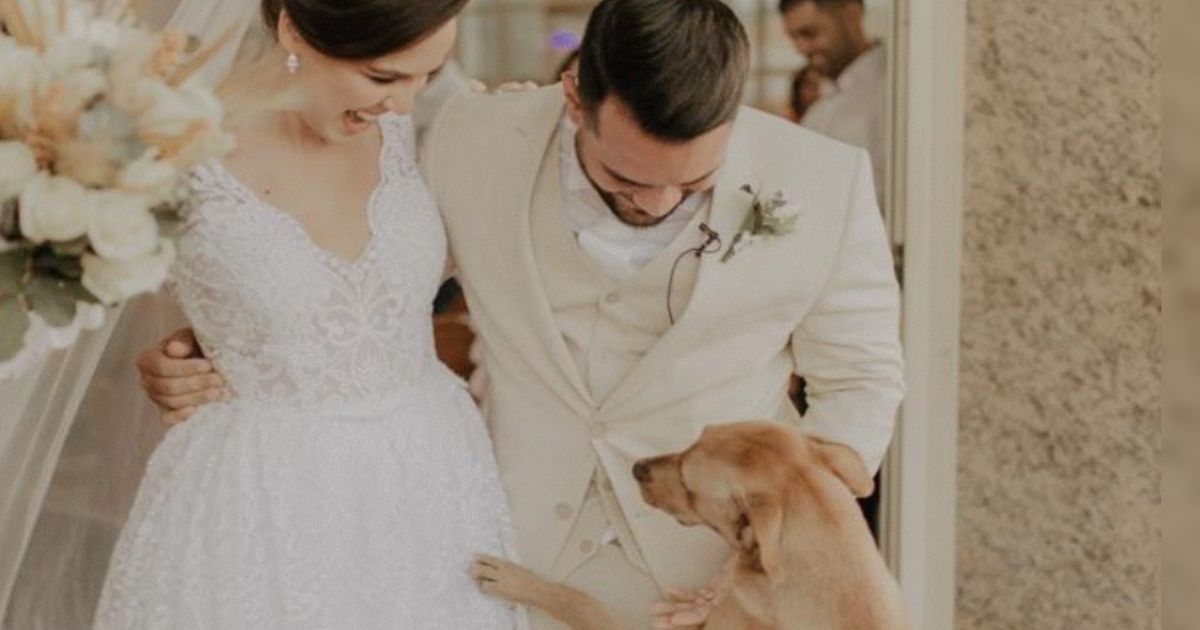 Blessings sure come when you least expect them.

Wedding ceremonies are supposed to be intimate, exclusive, solemn, sacred, and ultimately – fun! That’s what exactly happened during the union of this couple that took an unexpected turn when an adorable dog ended up crashing the ceremony with his innocent antics.

Just recently in Brazil, when Douglas Robert and Tamíris Muzini were about to tie the knot, a stray dog became their unexpected guest. According to the bride, Muzini, she already spotted the furry guest right when she arrived at the church.

In an Instagram video, the doggo can be seen mingling with guests, greeting them with his sweet smile, wagging tail, and positive aura. He even invited some of the wedding guests to pet and play with him. He looked like an ordinary homeless dog who ended up at the church, but to Muzini – the dog was the best wedding crasher candidate.

“I was surprised. I thought, ‘Look, there’s a dog inside the church,’” she told The Dodo. “My heart melted.”

They weren’t bothered by the dog’s presence, they allowed him stay instead.

When the guests went inside, the dog stayed at the door side of the church. He became the only furry witness of the union and closely watched as Robert and Muzini exchanged vows. When the ceremony was about to end, the recently married couple went to exit the church like usual.

There, a very excited dog was waiting for them, smiling and wagging its tail non-stop like a whirlwind. It almost looked like the dog was there to give its well-wishes and warm greetings to them.

That precious moment was incredibly adorable to watch, thankfully, everything was caught on camera.

The dog’s message to the newlywed couple came in crystal clear.

Turns out, there’s another thing that needed to be celebrated on that very day because both Muzini and Robert agreed to adopt the dog, bring him to their forever home, and be his forever family.

Soon, they named their new dog Braiá Caramelo, and he too promised to stay with his new parents “for better, for worse, for richer, for poorer, in sickness and in health, to love and to cherish, until parted by death.”

As responsible fur parents, they brought Braiá to a vet, and there, they found out that one of the dog’s paws was broken and needed to be put in a cast. He also had a huge scar on his belly and suffered from a bruised snout. It became clear to the couple that the dog had a rough life in the past.

“He’s so loving. Despite everything he’s been through, he still believes in the goodness of people,” Muzini said. “He gives us hope.”

Braiá Caramelo and his new human parents, Muzini and Robert are now happily living the best days of their lives as a new family. They will start fresh and they will surely create nothing but happy moments together.

“He is very content, very energetic, and full of life,” concluded Muzini. “Really, he adopted us.”

Watch the video below to see how Braiá crashed his parents’ wedding.