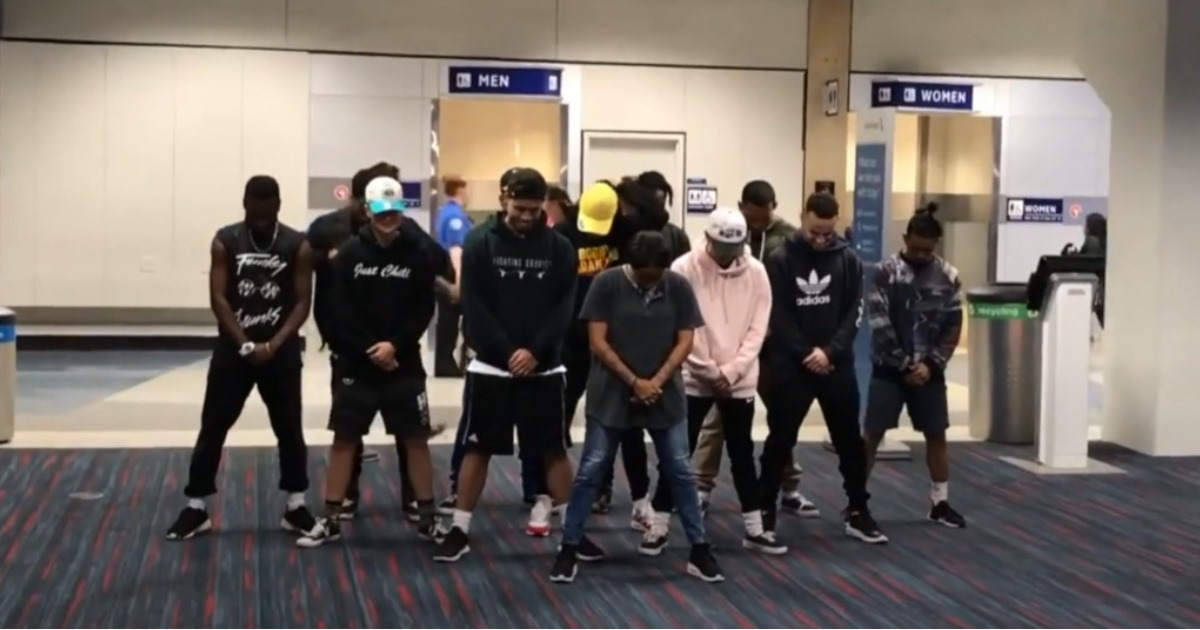 Nobody hates anything more than delayed flights when traveling.

That extra time of waiting takes forever. It also makes you anxious, especially if you have a conference or event to attend, a connecting flight, or even people waiting for you at your destination.

Flight delays are expected and are pretty common everywhere.

There is a big chance that one of your flights would be one of those, especially since the numbers are high.

Even if passengers expect some delays, nobody wants to wait six long hours!

The passengers at the Dallas Fort Worth International Airport had that exact nightmare. They were told their flight’s departure time wouldn’t be until six hours later. That’s a very long waiting time!

Nothing could be more of a bummer than that! What would you do for six hours?

Waiting for your flight is such agony. You can go around and shop-hop in the airport for as long as you want, and you’ll still find plenty of time left… maybe go for another round!

Plus, what if you get hungry? You wouldn’t want that unappealing and expensive airport food!

The passengers in Dallas Fort Worth International Airport may have felt the same, but a group of dancers thought of something else.

As passengers were getting impatient and bored during their long wait, the group thought of something that might cheer them up.

They harnessed their dancing prowess to entertain the rest of the passengers and the crew inside the airport.

The Funkywunks tried to lift their spirits through an energetic dance number.

The dance crew hails from Orlando, Florida, and you might have seen them perform on bigger stages.

They appeared in NBC’s World of Dance and participated in the U.S. All-Star Federation Championship.

With all that success, performing in an airport terminal was a piece of cake.

They gathered in the middle of the terminal for everyone to see.

The music was a remix of different songs with the same funky vibe, and the group danced gracefully throughout the performance.

People gathered around and watched as the group moved to the groove.

You can feel their energy with every pop, lock, and drop they do!

They did some fantastic breakdancing, flips, and incredible formation that maximized the space.

People also loved how the dance crew gave each one a chance to shine in that performance.

The performance may just be a little more than two minutes, but it was worth it.

In the end, the crowd applauded the Funkywunks for their performance.

The short performance eased the stress and tension among everyone in that terminal.

It was a worthy break between that long lull waiting for their flight.

Parents of 12 working multiple jobs to support their family get Christmas miracle from stranger
What do you want to get from your Secret Santa?
0 815