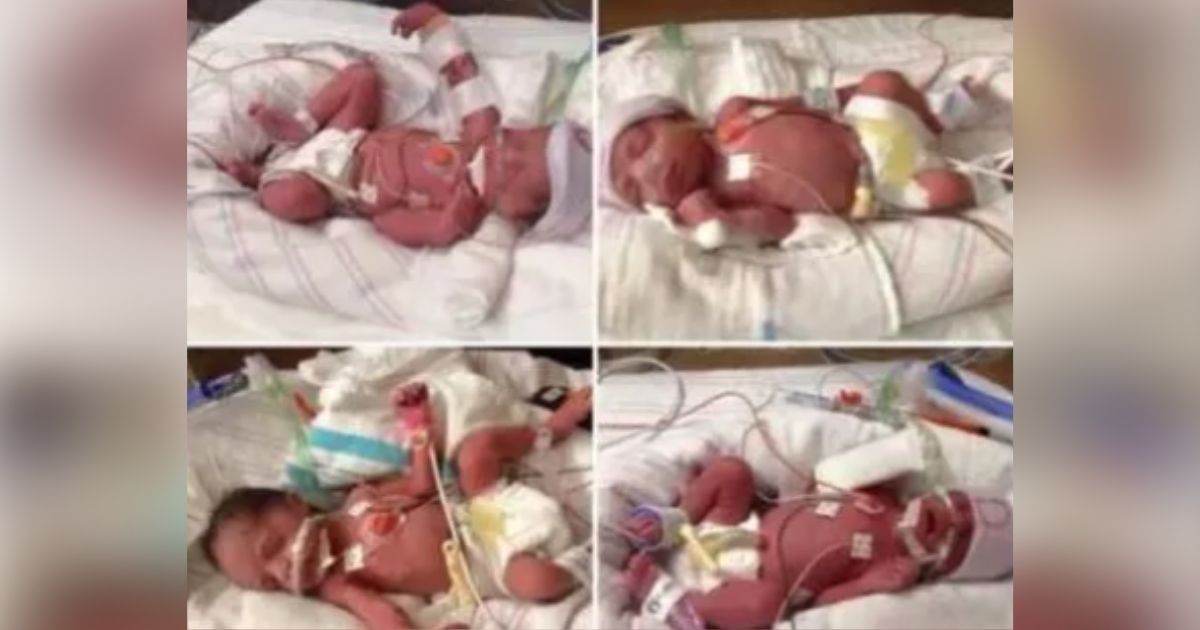 The prospect of having quadruplets would be daunting to anyone.

But imagine having to raise four babies at the same time as a single parent.

That’s what Carlos Morales was faced with when his wife died after childbirth.

Despite this incredible hardship, Morales found the strength to carry on.

According to MedlinePlus Medical Encyclopedia, hypovolemic shock is an emergency condition where severe blood or fluid loss prevents the heart from pumping enough blood to the body.

Morales received an outpouring of love and support after his wife’s passing. More than $486,000 was raised through GoFundMe and talk show host and comedian Steve Harvey blessed him with $10,000 for each child provided by Sallie Mae to be used for a college savings account.

A year after the children’s birth, they celebrated their first birthday with a party that was a day of mixed emotions for Morales.

“It’s all very bittersweet,” Morales told PEOPLE while tearing up. “I’m celebrating their birthday, but I also lost my wife and they lost their mom.”

Morales, who works as a warehouse supervisor, was surrounded by family and friends at a local playground where he still took care to spend time with each of his individual children to give them an equal amount of attention.

“Erica would have loved this,” said Morales, who was 30, at the time. “It would have been an even bigger party. She really liked this kind of stuff. She was looking forward to it.”

Family and friends of his wife organized a 30-minute memorial walk for his wife before the party started.

She shared stories about his wife with his children as he pushed their strollers during the walk so they can “know how amazing she was.”

Thankfully, Morales is continually surrounded with love and support. It’s helped him to keep up his spirits, though he admits having little time to mourn.

“I’m rarely alone,” he said. “I can’t believe it’s been a year. I just wish Erica was here to see them crawl and see them start to walk. There are going to be so many more firsts she wont be around for.”

Morales says he and his children are taking things one day at a time.

His mother-in-law moved in with him to help out and is with the children during the day while he works.

“I’m just thinking about life more now and how you have to enjoy every single minute and moment, especially with your family and friends,” he says. “I enjoy every moment with my babies because life is short.”

Morales fell in love with his wife the moment he laid eyes on her in a nightclub.

He gave her his number which she threw away but they ended up reconnecting and were married in Las Vegas a year later.

“How do I stay strong? I have four big reasons,” he said. “We planned for years to enjoy this together. I’m a great father because of her. I can’t let Erica down.”